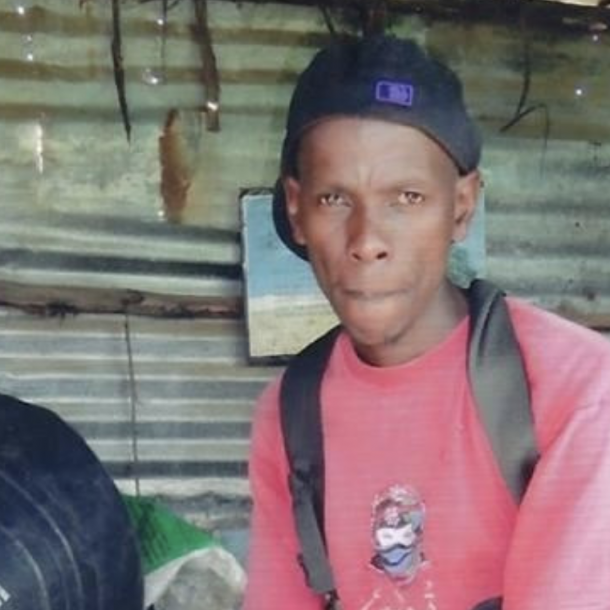 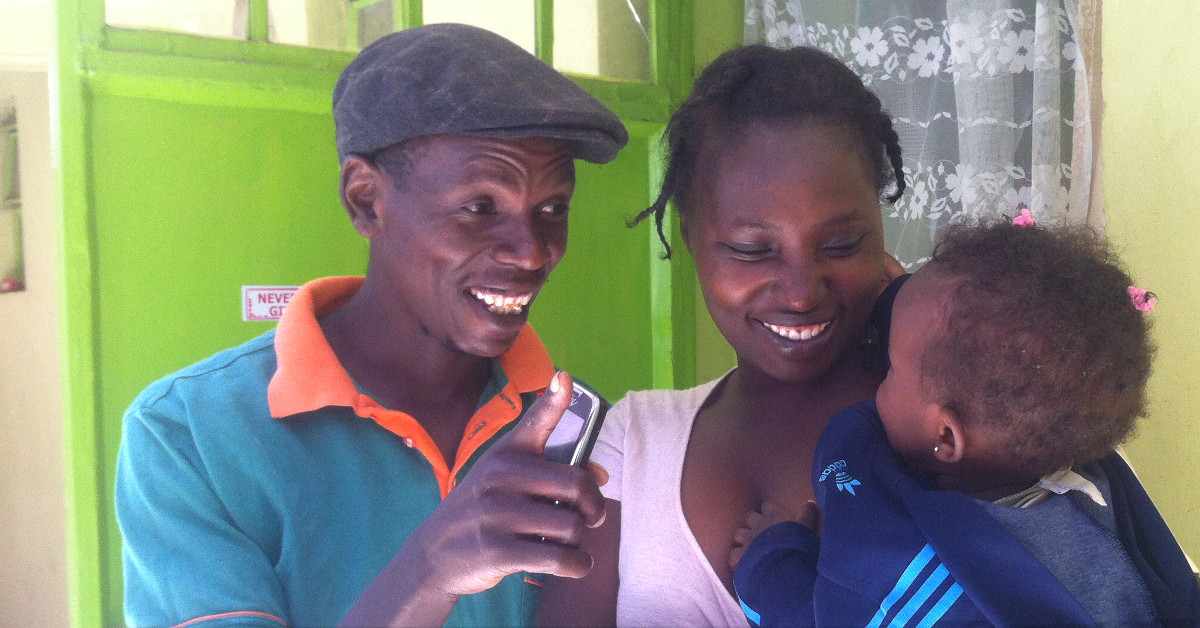 Today I had the opportunity of meeting with Nelson Mutabe, the waste management extraordinaire at his office just outside of Nairobi.

Nelson has been working in waste management since he was seven years old, when he sorted trash out of dump sites to sell food remnants to people rearing pigs and other item for some money. He is originally from Dandora, a neighborhood with one of the biggest dump sites in Kenya.

Nelson continued with waste management in high school when he realized what the trash was doing to the environment. He began an organization called Domestic Garbage Collection Services with ten of his classmates. They began by serving the municipal county voluntarily, since the county itself was not doing the job well. The municipal lent out their trucks and Nelson and his group set up bins and went about collecting the trash when the bins were full. The people in the community grew to depend on this service and soon the organization became a business and they began collecting a monthly service fee. Nelson is a true entrepreneur, in that he discovered a need and began serving customers before charging. 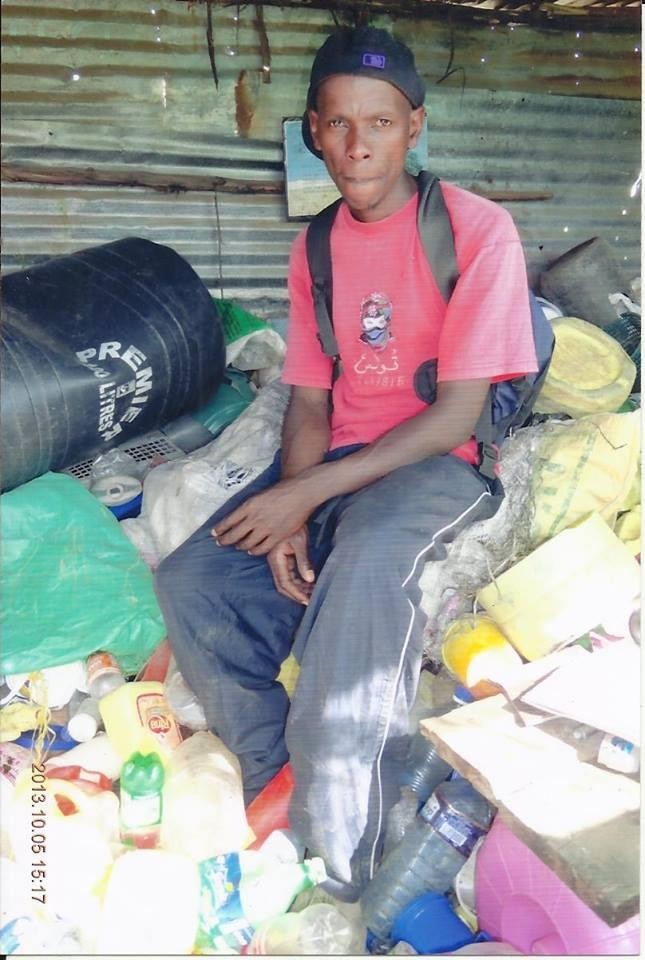 During this time period, Nelson applied for a three-month course on waste management given by the United Nations and was accepted. He said the course had a huge impact on how he operates his business. He learned how he should be collecting the trash as well as the payments. Nelson continued with the business in Dandora, until a local criminal cartel began demanding payoffs. He defied them and conflict began. He said there were gunshots and people were hurt, so he decided to move himself and his business to Nairobi.

Starting all over again was a huge challenge. And in the beginning he sold Mandazis (fried dough) in the mornings while providing guard services to apartment buildings at night to earn the capital for starting the business again. Now, Nelson has not only restarted the business, but grown it to the point where he has joined up with 20 other waste management owners in two areas of Nairobi to form an association called Githukah. This way, since they are all private companies, they are more secure if the government comes in to regulate business. Now there are official documentation and legal agreements.

I walked with Nelson on his runs to deliver the plastic bags he distributes to his customers as well as collect service fees. He has great relationships with all his customers and it was fun to walk around with them. He told me, “It’s going to get hot” since we were walking during the high sun in his village. I told him I can handle it, though my skin has a harder time with it. (I’m very pale.) 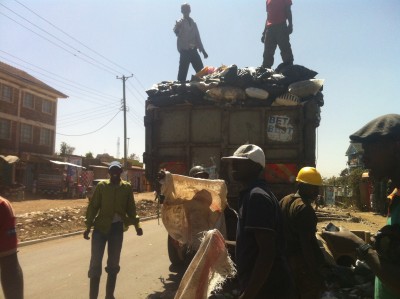 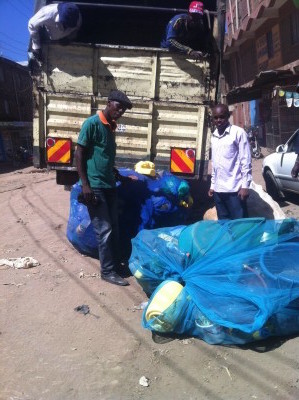 We also visited his wife and baby girl. Next to his home is a small market stall, where he sells plastic to companies that crush it and reuse it for new materials. He uses a weight scale that he purchased with the help of Zidisha lenders. He also used the loan from Zidisha to pay for the stall space where he sells the plastic. There wasn’t any left when I visited, since the broker had just picked up all the plastic the day before. Nelson is waiting for the check, but all a good sign that business is doing well. He hopes that with more loans from Zidisha he will be able to purchase a plastic crusher machine and a molding machine, so he can stop selling plastic and actually manufacture new items like cups and children’s toys. 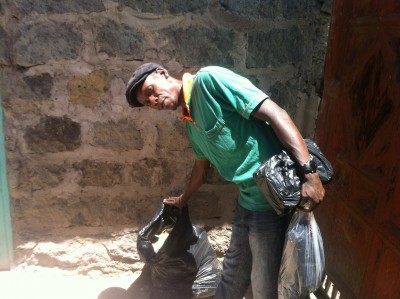 Nelson also volunteers his time for a USAID project that empowers local youth. While walking around we met some other members who work on the project. And at Nelson’s house, while I was playing with his adorable daughter, he showed me a brochure of what they do. Nelson has a lot of projects and a lot of energy. He wanted to make sure I saw every aspect of his business as well as the different shops in his neighborhood. We ate at a great local spot. I told him it was the longest amount of time I had ever spent with a Zidisha entrepreneur. So now the record is five hours. This was five hours very well spent! 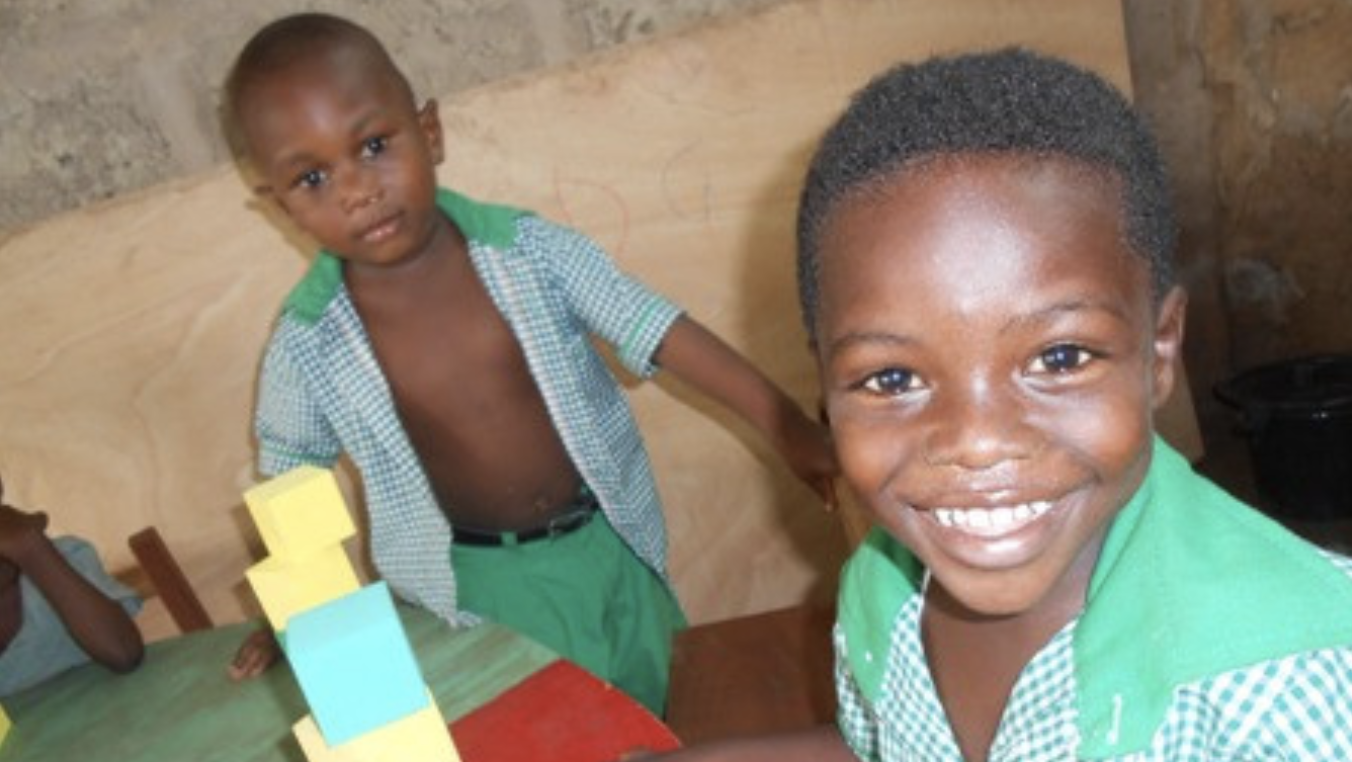 One thought on “The waste management extraordinaire”