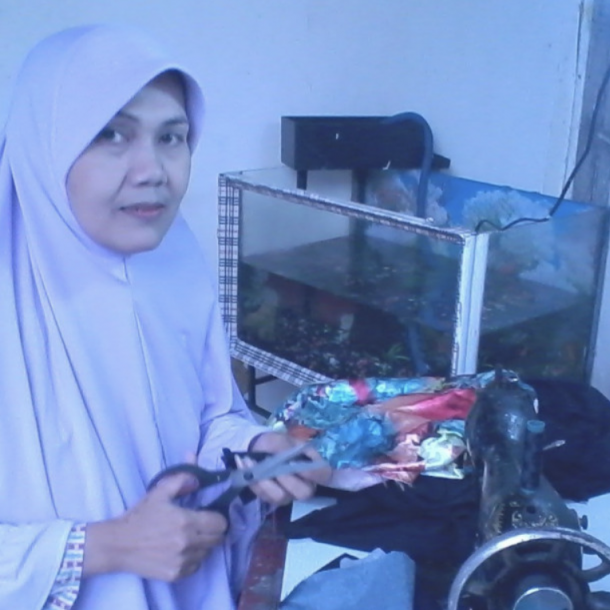 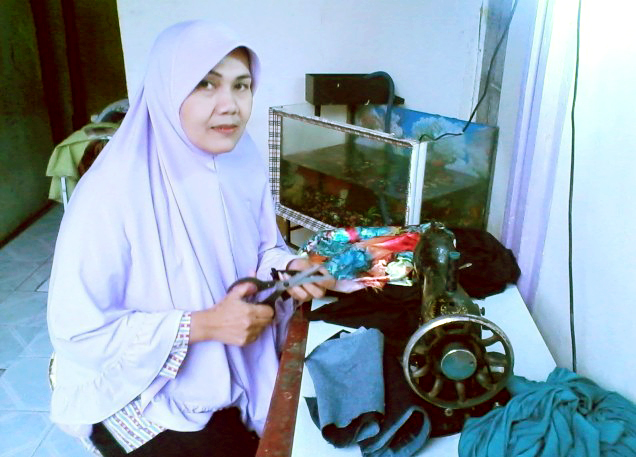 The whirr of a sewing machine fills the little room, the gentle noise softening the edges of the day. Aat Atikah sits at her table, using both hands to guide a strip of fabric beneath the needle as it bobs. She settles into the familiar, soothing rhythm of sewing. She blinks, her eyes keeping up with flash of thread through a pattern of flowers. This is going to be a beautiful dress.

Aat Atikah, called Atik by her friends, family, and lenders, is a wife, mother, and designer in Bogor, Indonesia. Age 38, Atik has three children. The oldest, a son, is 21 years old and lives elsewhere in their island nation. The two younger daughters, ages 15 and 1, live at home with their mother and father. Since the birth of her first child, Atik has been a stay-at-home mother, leaving her eight-year job as a tailor in a garment factory upon confirmation of her pregnancy.

As a young woman, Atik says, “I had a lot of dreams that I wanted to achieve.” She had big plans to build a clothing empire. “I wanted to be a woman entrepreneur who has a large industrial garment factory,” she said. She wanted to “Provide jobs for the needy… Help my beloved family’s economic welfare.” When Atik became a mother, however, she put that dream on hold.

Spending her days in the role of what Atik terms a “normal housewife,” Atik has provided for the needs of her family physically, emotionally, and mentally. As her children grew older, Atik began to have some free time. With her entrepreneurial spirit firmly intact, she took up sewing for neighbors and relatives. As word of her excellent tailoring work spread, Atik began to receive requests from people she did not even know. Atik had, inadvertently, launched a small tailoring service. This business grew, and allowed her to provide a supplemental income to increase her family’s economic welfare.

Presently, Atik is able to accept and fill one order a day. She alters pants, makes shirts, and designs dresses. You name it, she sews it. With customers paying an average of $2 to $10, depending on the complexity of the order, Atik brings in $14 to $70 per week. As her husband is the family’s primary breadwinner, Atik is able to contribute to the family’s funds while also putting some money away for future investments. Currently, Atik says, “I have only one dream. I just want to be happy with my lovely family.” Familial happiness and entrepreneurship need not be mutually exclusive, though, and this is something she well knows.

With her skills and expertise lying in the realm of fashion, Atik is well prepared for a venture into clothing and textiles. The dreams of her youth are coming back to life, coming off hold. “I really want to have a bigger, industrial clothing production and employ many employees,” she said in her January 2016 application for a $50 loan. “But I know it cannot be achieved easily, cannot be instant. There must be a process that I go through to achieve success. Therefore, at this time, I would like to start from zero.” Her zero is what she calls her “little tailor shop,” the table in her home where she slides her seams beneath the whirring needle of the sewing machine. With her first loan, Atik purchased a stock of fabric, and that fabric turned into profit. 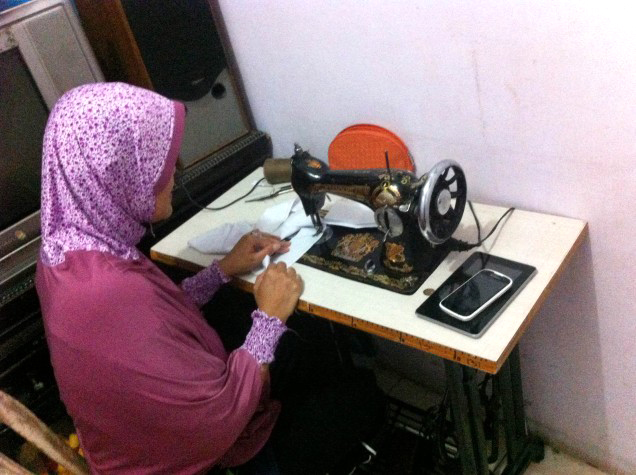 Atik is working, “slowly but surely,” toward her long term goal of a clothing empire. Six months after her first loan, she returned to Zidisha. “I am very happy I know this site and all of you,” she said. “This program has much helped my business grow up.” With her second loan, a larger sum of $200, Atik plans to buy a new sewing machine. “Yipiiee hehe,” she exclaimed in a discussion post. “I will buy a machine to make my production better. Hope all lenders… know and trust me and can help me again.”

As Atik has said, there is much hard work ahead of her. With help, however, from Zidisha lenders, she has come several steps closer to reaching her goals. Hard work and determination can take a person far, and with a little help from friends around the world, anything is possible.

If you would like to make something possible for an entrepreneur, head over to our loans page and contribute to the project of another self-starter like Atik.

Hope in the Hills 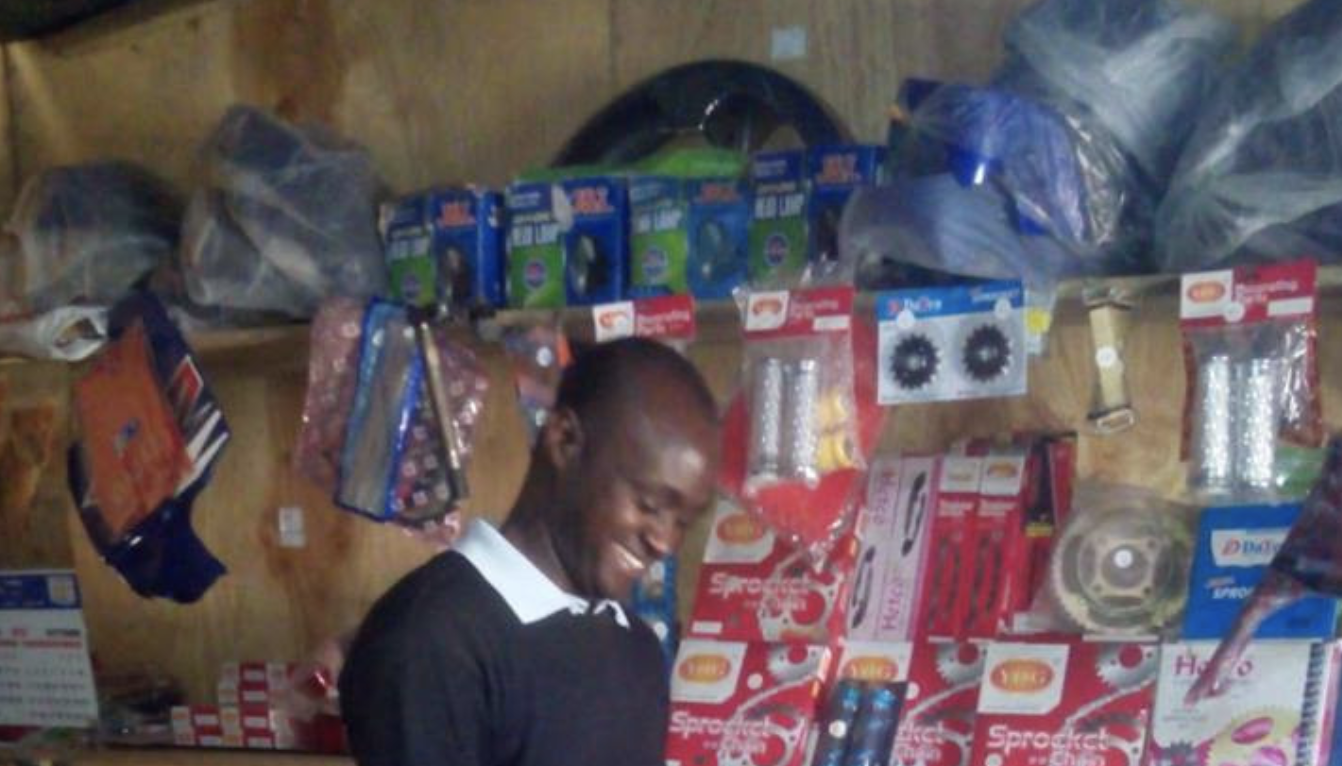