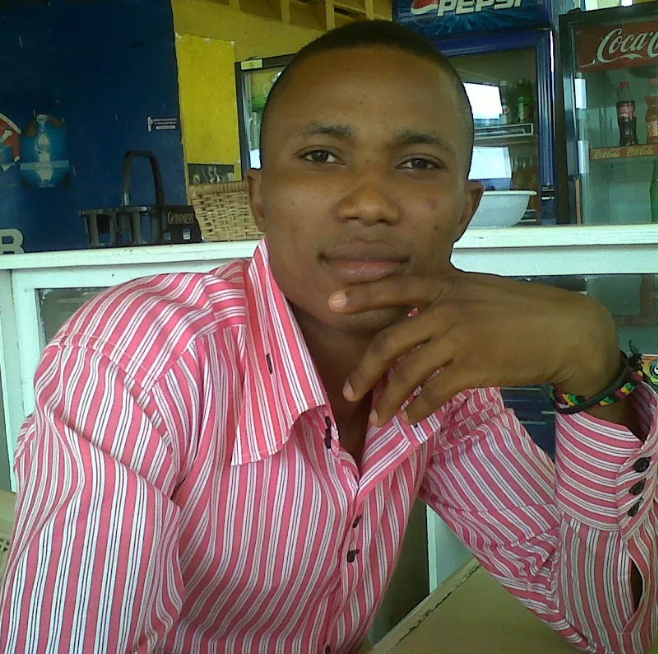 Promise Badu loves his work and loves to share it. Operator of Dogbeda Vormawu Kente Training Center in the Volta region of Ghana, the twenty-seven-year-old has a passion for teaching others.

“The aspect I do enjoy most about my work is telling people (tourists) the history of the art/fabric, and teaching it.” Giving a portion of his tour speech, Promise elaborated. “Kente weaving is an ancient indigenous method in which thread (any colour) is set on a loom and woven into strips that are later sewn together into larger tapestries. These cloths are used for ceremonial events in Ghana. It can also be used as wall hangings, table cloths and the like. This ancient art has gained international recognition and tourists come from around the world to see how it’s made.”

Promise has, in some ways, followed in the family footsteps. Raised in a single parent household, he lived with and learned from his father, a master kente weaver and founder of the kente center that Promise now operates. All throughout his formal education, Promise was also receiving instruction in kente weaving. “As a kid,” he says, “I use to stay with [my father] and watch him do it, and helped him after school and on vacations.” His father had little taste for academics and so struck a bargain with his son: he would pay for his school fees until he came of age if Promise worked with him in the kente center on school vacations. Even with assistance from his father, Promise sometimes found it difficult to gather the funds to pay for his fees and textbooks, and often went to school without money for lunch. Promise fought to finish his education, and succeeded, graduating from Agortime Senior High School.

Soon after graduation Promise was hired by the president of Trinity Yard School, a fee-free vocational-secondary school on the west coast of Ghana. Working as the school’s kente instructor four years, Promise “learnt from the kids (students) and also made friends with visiting groups and volunteers from the US and other parts of the globe.” While there, Promise trained a young man named James Awotwe Niffio. Promise described him as “a smart, hardworking guy,” who struggled in formal lessons, but thrived in kente class. A 2012 graduate of Trinity Yard School, James has recently stepped into Promise’s shoes as the school’s official kente instructor. Furthering his own kente education, James is also “undergoing an intensive internship training at the center.”

In the course of his time at Trinity Yard School, Promise came to strongly identify with the school’s mission to “educate and empower the youth… to honor the potential of young Ghanaians.” This is a vision which Promise now applies to his own community in the east of Ghana. “My dream is to raise the less privileged in my community with the help of my business,” he says. “Creating a business avenue to help them get a vocation on their own.” Most of the young people in his community, he says, “have limited access to formal education due to high levels of penury.” This is a struggle which Promise understands. “I have also gone through the same plight,” he says with great empathy. “I know the zeal embedded in these youths, but due to limited resources, they can’t realize their potential.” Lack of opportunities and resources is a condition which Promise hopes to change. He wants to provide “jobs to the jobless, training and educating the youths.” He praises Trinity Yard School, and its founder Rory Jackson, as a “LIGHT in the lives of many.” His time there, he says, “has motivated me to replicate his ideas… turning the center into a light in my community as well, because kids here need same thing.”

Promise long held a dream to empower the youth of his community, but without access to capital, struggled to see how it might come to fruition. After finishing up his time at Trinity Yard School and passing the baton of kente instruction on to his former pupil James, Promise returned to his hometown and began to develop a plan for growing the family kente center to accommodate such an effort. In April of 2015, Promise applied for his first Zidisha loan, one of the first major steps in his new and ambitious project.

This first loan, for the small sum of $46.75, allowed Promise to repair several broken looms. Faithfully and efficiently repaying this loan, Promise established financial credibility with lenders. With his second loan, $93.50 funded in June of 2015 by three Zidisha lenders, Promise purchased colorful skeins of yarn. These first two loans helped Promise put “stuff in place” in the kente shop, developing capital and resources, building toward Promise’s long term goal of youth empowerment. Six months after this second loan, having repaid his lenders and spent the summer and fall building infrastructure and laying groundwork for a youth engagement and occupational training program, Promise again applied to Zidisha. This loan, a credit of $262 disbursed in January 2016, covered the start-up cost of employing three young members of Promise’s Ghanaian community.

In the ten months since this second loan was received, Promise has fully repaid his lenders and his training program has grown considerably. An August 2016 loan of $348, the most recent sum to date, enabled the purchase of yarns, shuttles, bobbins, and other materials for weaving, as well as supplied the funds to hire two additional young employees. “These loans helped greatly in laying the foundation of the dream,” Promise says.

At this time, the Dogbeda Vormawu Kente Training Center employs nine people. Three work on a full-time basis, two are in training, and four operate on contract. “Work normally starts at 7 AM,” Promise says, describing a typical day at Dogbeda. “You have everyone busy in their various looms, except those training may be assigned to other things.” Weavers take breaks as needed throughout the day, closing up shop around 5 PM, though sometimes special projects will keep them there until 8.

As Promise’s business grows, so do his dreams. “I have been using the funds I get from the sales of these beautiful kente clothes as a source of income to enlarge, renew, and purchase more working materials for my center.” He is delighted at the success of the program, grateful for the opportunity to employ young people in his community. Ultimately, he wants to see the center expand to locations all across Africa. “I want to be a source of motivation and inspiration,” he says. “I always count myself fortunate to have gotten to this level of my business in which I can give a helping hand to few people in my community. My dream is to see more of them not only inspired and motivated but make available resources and jobs for them.”

“I would like to say a big thank you to the Zidisha team, lenders, and to all that are making this program work effectively to help young entrepreneurs raise and expand their business,” he said on his loan profile. “I believe with the help of this platform and the support of the best lenders, together we can achieve the targeted goals, that is making a difference by providing jobs and positioning the youths for the future in my community.”

With a name like Promise it is likely that this young man knows better than most the potential for ingenuity, for bright and productive futures, that young Ghanaians hold. He himself is an example of this promise; promise coming to fruition. Thanks to Promise’s effort and dreams, and financial support from Zidisha lenders, more young people will have the opportunity to fulfill their promise and see their communities grow and thrive.

If you would like to assist another entrepreneur of promise, head over to our loans page and contribute to one of the loan applications posted there. Help a community thrive and a business grow. 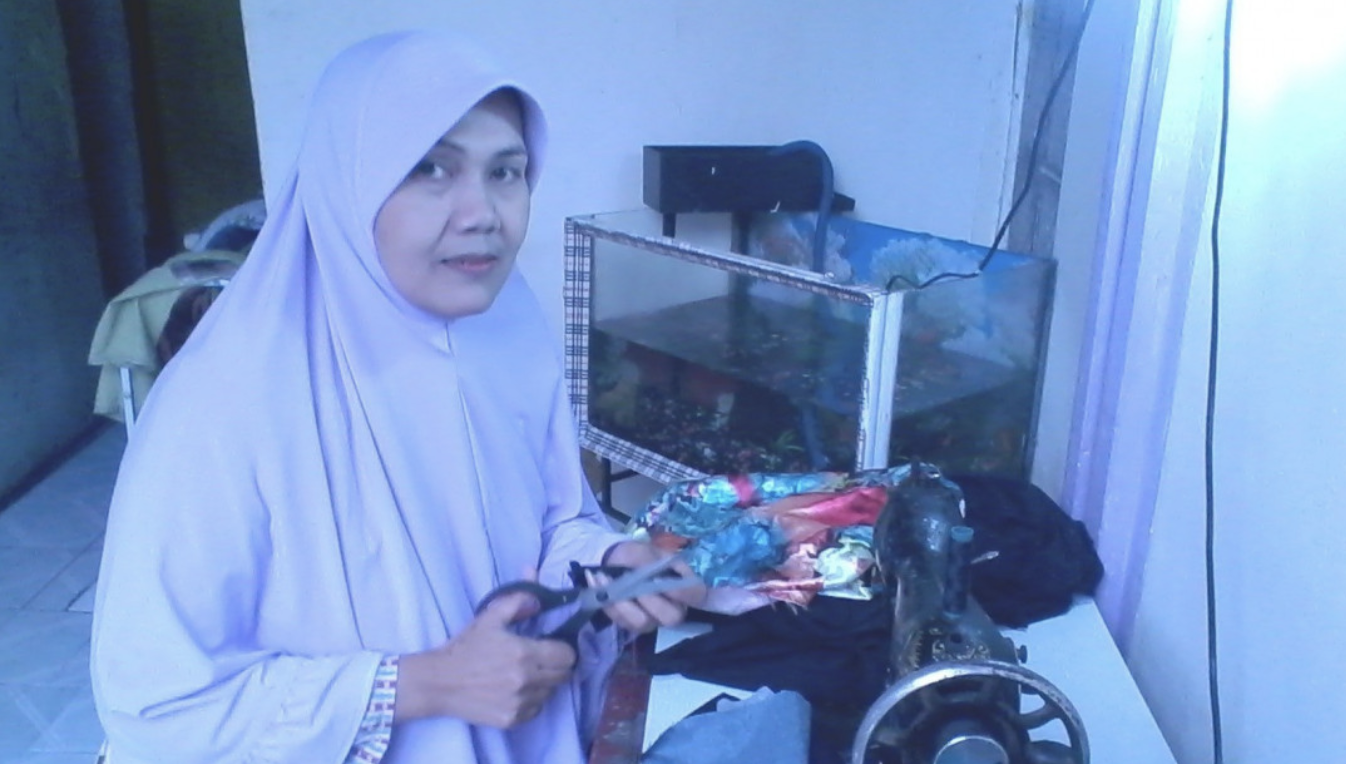 One thought on “Weaving Promise”