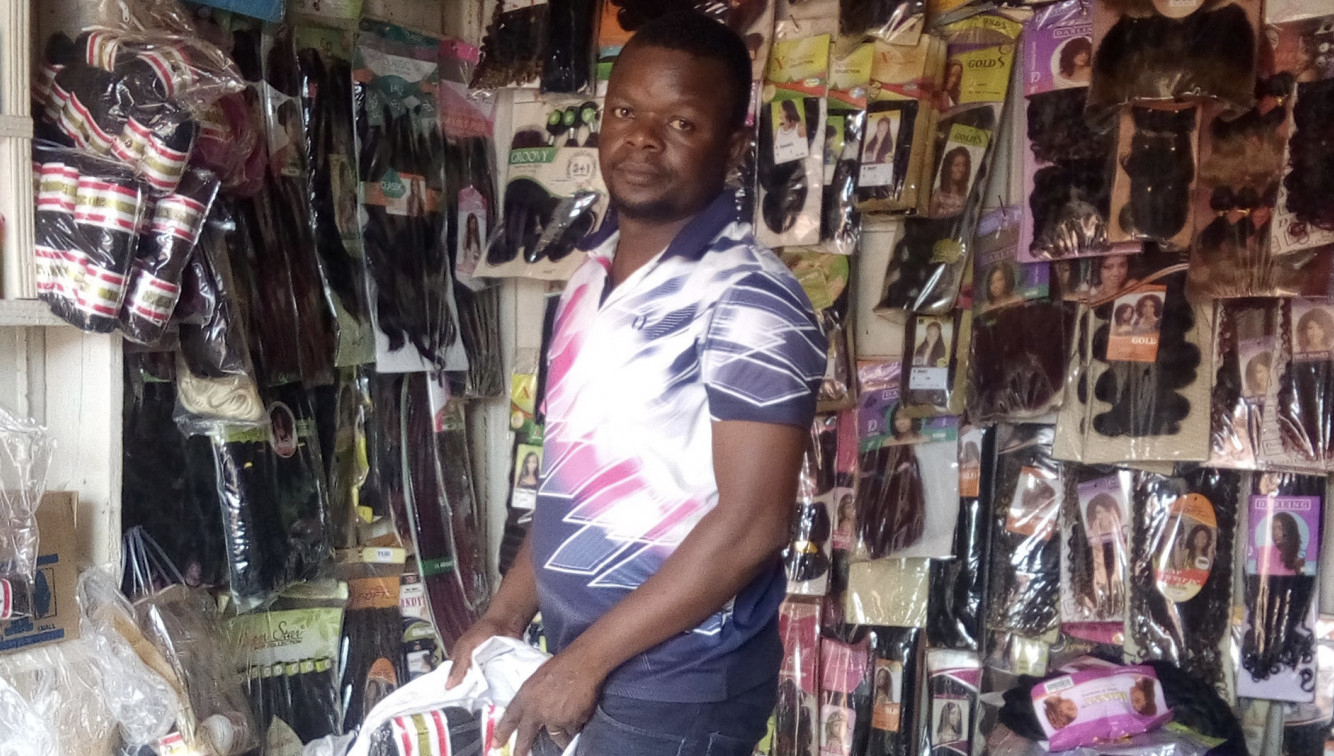 Here are three more updates from Achintya, our intern in Kenya:

Abraham Mwangi
I visited Abraham Mwangi at his shop in Kiptangwanyi on Thursday (2nd Feb, 2012). Abraham was the first person in Kiptangwanyi to receive a Zidisha loan and he claims that all the other Zidisha borrowers in this area came though his reference (“all” may be an exaggeration, but I’m sure most lenders there came either through his reference or as a result

of his good experience with Zidisha).

Abraham runs a shop where he sells petrol, diesel, kerosene and motor spare parts. He also owns a (bright green) pickup truck, which he uses to transport oil from Nakuru and also rents to other people. Abraham is also an “expert mechanic” (though he doesn’t service vehicles other than his own any more) and a trained truck driver. He used his loan to add to his stock. He says the loan was really helpful because the fuel prices increased faster than he anticipated. Apart from having a spare parts shop, a fuel supply business and a transport business, Abraham also has a cereal shop, where he stores maze and beans and sells at the times of demand. This shop was closed in this season though. He wants to use the next loan to buy a cow, which costs around 60,000 Kenyan shillings and gives 20 liters of milk per day. Abraham told me that there is a company called Brookside that buys milk in bulk.

Abraham has 2 boys and one girl. Even though he himself has studied only till form two, he wants his kids to study further and perhaps go to college.
I took many pictures of Abraham and his pickup truck, after which he had some really nice things to say about Zidisha.

Jackline Muthoni Waithaka
I went and met Jackline Muthoni Waithaka at her business premise on this Thursday (2nd Feb 2012). She has a small shop from where she sells packaged bread. She used the Zidisha loan to increase her stock (she offloaded around 860 packets of bread in front of me. When I asked her how long it’d take her to sell all these, she said “just one day”).

Jackline now wants to buy a motorbike so that she can supply to nearby areas. Right now she uses a bicycle to supply, but this limits her reach.

We reached Jackline’s place right before her supply truck arrived. It was impressive to see her offloading crates after crates of bread. Right now she is the only one supplying bread in the area so she has a comfy little monopoly going on. A bike would perhaps increase her sales manifolds. Apart from selling bread, she also supplies water to people’s home. She collects the water from public bore-wells and supplies it to people’s home for a small fee. Jackline has two little children, both in primary school.

My one regret after meeting Jackline was that in my pursuit for getting a picture of her working, I did not help her in offloading the crates. I should have. In fact I would have, had I not had the blessed camera in my hands.

Jane Wambui
I visited Jane Wambui at her premises to see her at work and to talk to her. I found her at her shop where she sells vegetables and fruits that she grows mostly on her own Shamba (farm). She was dressed in smart slacks and a white t-shirt and greeted me with a firm handshake (this I found to be true for all women here- their hand-shakes are always full-bodied and firm- showing confidence and also warmth).

Jane appears to be quite enterprising. She, like most Kenyans, has a very strong desire to improve her lot and works really hard to make sure she and her family have the best that is possible.
She used the Zidisha loan and some of her own money to buy a good breed of cow. The cow cost her around 60,000 shillings (her loan was for 45,000 shillings), but gives around 20 liters of milk per day (at peak capacity), which translates to a revenue of around 15,000 shillings from the cow. She spends 5,000 on the cow and the remaining 10,000 shillings are her profit.

She has sent her two sons to boarding schools because she feels the quality of education is much better there. She told me that she paid the fee of 51,000 shillings for one of her sons and 28,000 shillings for the other. This appears quite steep to me, but she wants to make sure her children get the best education and will not compromise on this. She told me she wants one of the sons to be a lawyer and the other to be a doctor. I couldn’t help feeling admiration for her.

With her next loan she wants to buy an even better cow. This would cost around 120,000 Kenyan Shillings but would give 40-50 liters of milk per day. When I said bye to her, she offered me a banana, which was very nice and sweet of her.

To read more about this produce seller, check out her page here
Skip to footer 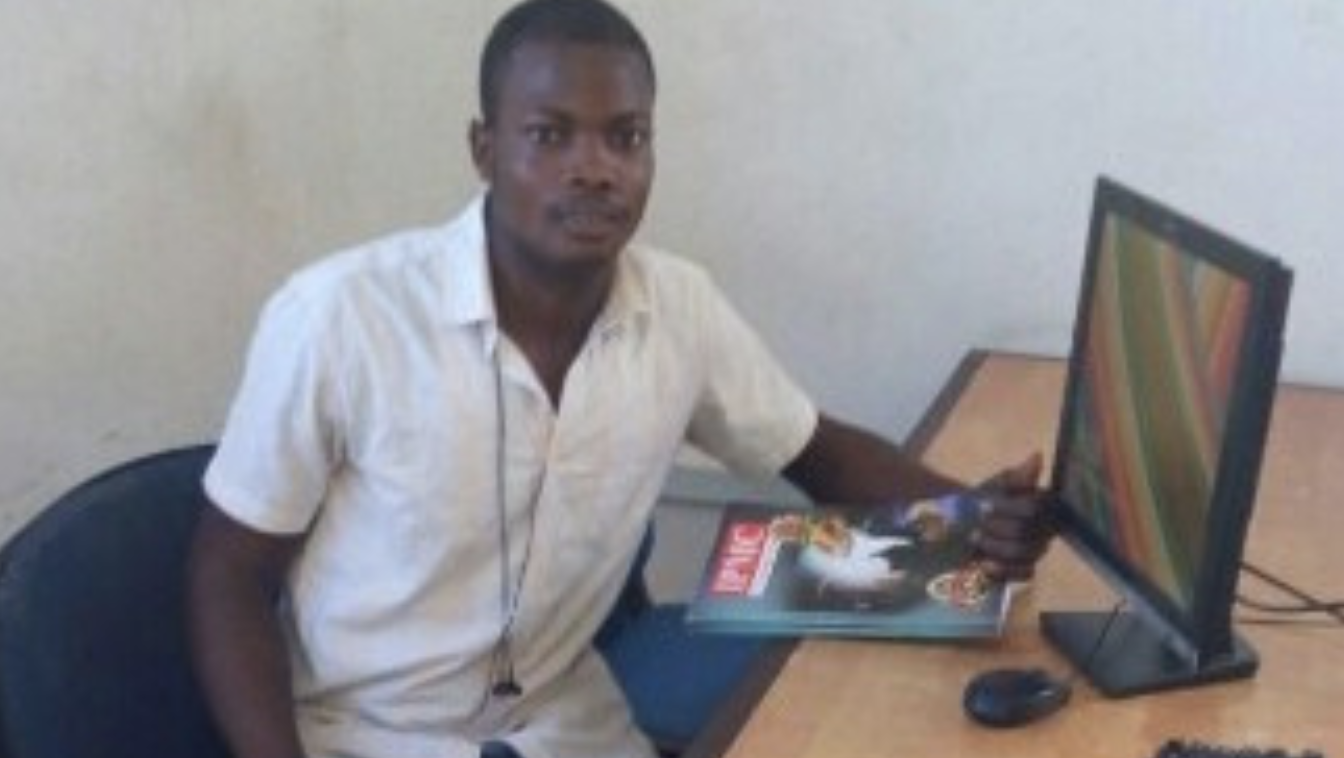