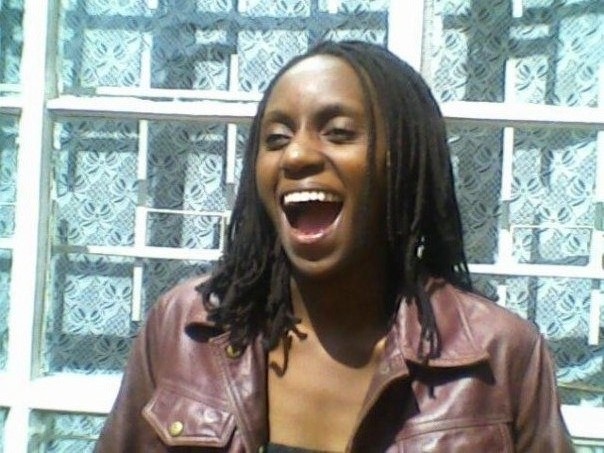 I am a lady aged 26 years old living in Zimmerman area near Nairobi town with a passion for photography.In high school i was actively involved in co-curricular activities like drama and music festivals whereby i was accredited with 12 certificates of performance in solo verses.After completing 'O' levels in 2005 i joined a local national theartre in Nakuru town and acted several set books which we were being paid after every show. Since the pay was too low it took me 2years to purchase my first digital camera which cost $134.70.I was very happy and started taking photos of my friends and family at a fee of $0.56. In 2007 i enrolled in a college in Nairobi town and studied journalism.The school assisted me a great deal since i acquired skills in video coverage,editing and photography.I graduated in December 2009 and in 2010 the company Ark Media i worked for was able to get a contract with Care international.We traveled to the North Eastern part of our country and did several projects. In all the projects i was a camera person.I have always had a passion for business and to become a professional photographer with the state of the art studio whereby i will have several permanent employees.After my contract with the company ended in 2011 i started my own business in media consulting and i also do SEO article writing online part time.

My business in media consulting involves a variety of services which include video coverage and editing weddings and birthdays .Due to the increasing population there is a high demand for the services.Most clients prefer my services since i keep my word and I am trustworthy.I always ensure that the work is done exemplary well and in good time.The business is profitable since the services i offer majority of the people want to document and cherish the good times.My typical monthly expenses include traveling $56.12,My sales revenue $505.13 and the profit i gain is $449.08.My part time writing SEO articles averagely i get $200 in a month.

When i get funded i will purchase another digital slr camera for my assistant which will cost $817.This will benefit me since i will be able to employ someone to assist me in my photography business and hence more revenue.It will benefit others in that i will have created a job opportunity to someone who was jobless and therefore improve his livelihood.

My profits will increase double since i will have an additional employee .

Ask Rebecca a question about this loan project, share news and photos of your own, or send a simple note of thanks or inspiration.