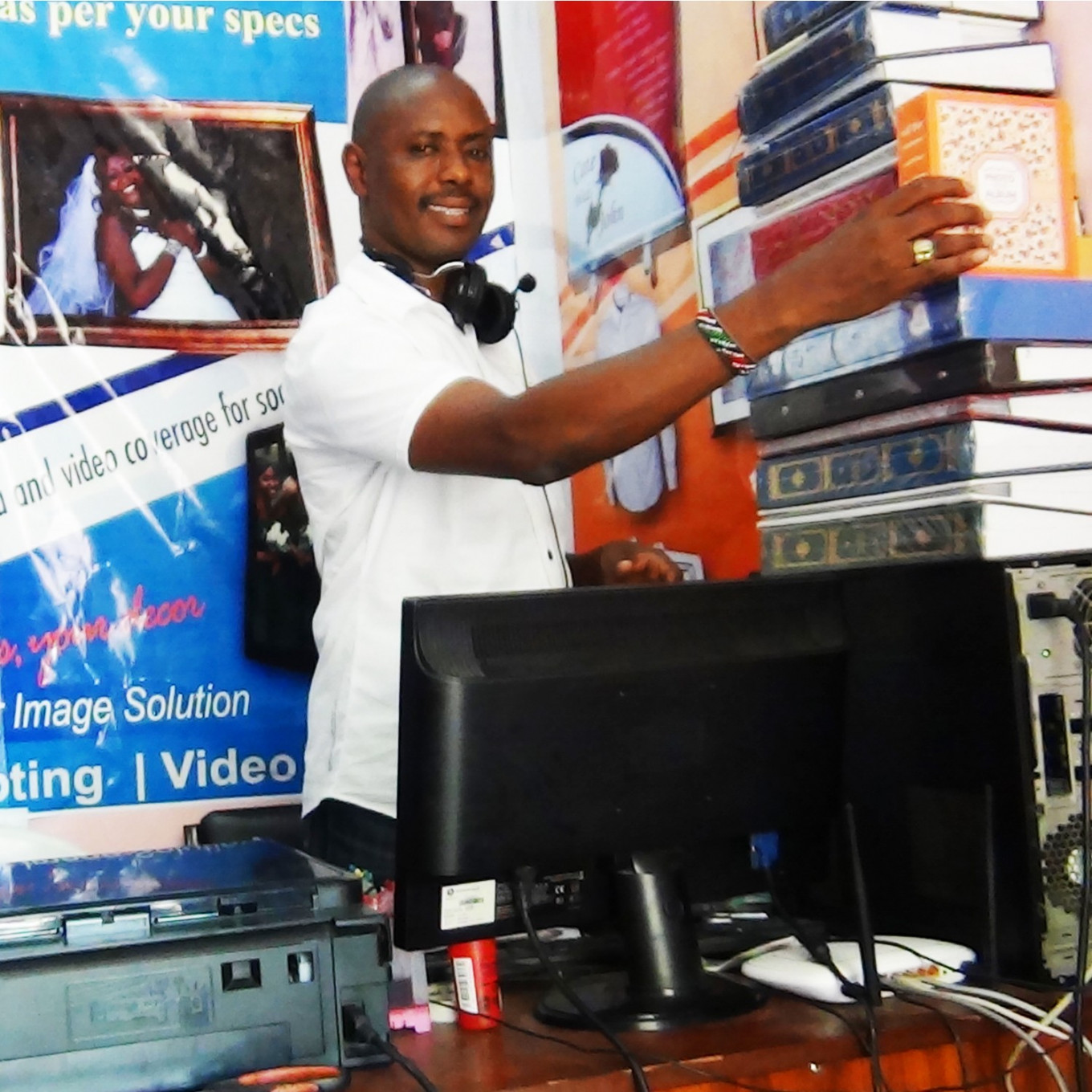 My name is Solomon Mureithi. I was born in Nyeri county which on the slopes of Mount Kenya. I was born and raised up in a farming community and I used to help my parents with their daily chores when not in school. The farmers in this area grow food crops as well coffee for cash.

I attended primary school and later joined secondary school where I took four years. I later joined a government program for youths called National Youth Service (NYS) at their training base in Gilgil. Young people are trained different types of technical skills with the purpose of serving the country in different areas. After a four months course, I was posted in northern Kenya where I served as a sentry in a government farm.

I was then posted to NYS Mombasa where I did a course in Electrical Installation which took me three year. After graduating, I worked for several companies as an electrician. Unfortunately, I was retrenched after working there for a few years.

With my savings, I decided to turn my hobby - photography into a career. I opened a small studio where I do still and video photography to this day.

I am married with two children.

My business deals in still and video photography. I normally cover events such as weddings, anniversaries, documentaries etc. I decided to start this business after realizing that this is something I like to do as a hobby. I also live in an urban area where there is a huge market for photography services. I also sell photography accessories such as frames and photo albums.

My income from this venture is about USD 600 per month where the overheads such as rent and maintenance total to about USD 300. I use the balance to support my young family and to support my aging mother back home.

My business has grown by leaps and bounds - largely due to affordable credit from Zidisha. I managed to boost my stock of photo accessories and later built shelves for displaying the items.

This in turn has attracted more clients and this has increased my sales and my income significantly. We are now heading to peak season for photographers due to many social functions that will take place beginning this month of April. I want to position myself by increasing my stock so as to meet the anticipated demand.

I will use the entire amount to buy photo albums and frames and since I am already well established, I know this will increase my sales further.

Ask Solomon a question about this loan project, share news and photos of your own, or send a simple note of thanks or inspiration.