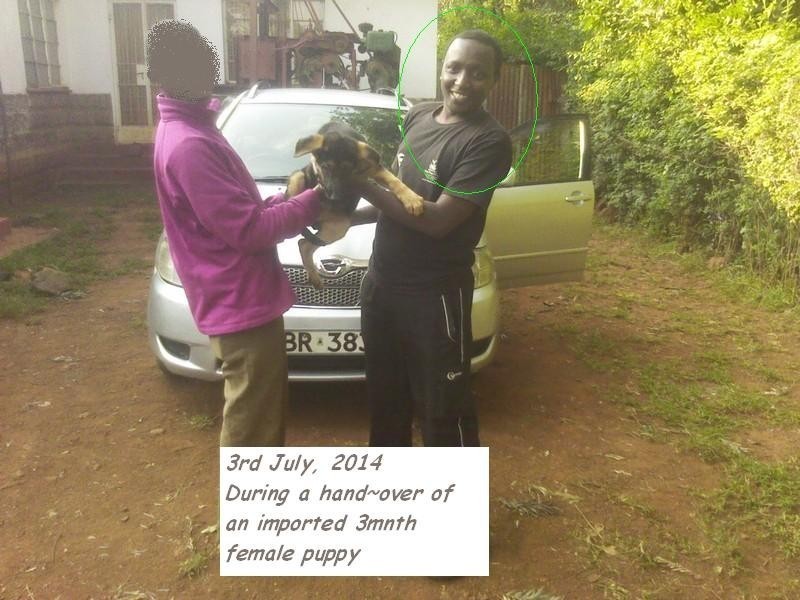 Dan here, I grew up in Kiambu, Kenya. I have really come a long way to get to where i am right now. I passed my High school education, applied for a Degree in Medicine. As i expected, i received my invitation letter but due to the humble nature of my background, i could not afford the university fees requested. I applied to other universities and the story was the same, so i had to look for an alternative, still in the medical field since i still had my younger brother in mind (we are 2). I received alot of sentiments to reapply for nursing but inside me, i knew i'd get hurt working next to a doc, haha. After attending several career days, i had made~up my mind to study Medical Laboratory Science... December 12, 2014, will be the 3rd full year since i graduated. My first year after graduation, i worked as an NGO volunteer where i also received certificates.
Sometimes lack of financial support is usually a backbreaker / setback but it will Never kill my dreams.. My med invitation letter still stands / still viable.

Lately, i set up my own lab with the money i saved last year.
I'm also breeding German Shepherd Dogs (Registered) and currently i have 2 High Pedigree females. 1st female is now 2¾yrs and is 'breeding' active also trained on personal protection. and the other is an import just 8 months old. Pedigree dogs have good returns annually. 1Gsd puppy usually goes for around $619 - $890 but if the puppy is imported (in the case of an imported pregnant bitch), it would fetch $1300+ per pup depending on the linage, show or working qualities..
Right now, i get $350 from the lab but its still new. I also have very high hopes on these dogs. A while ago i took the big female for mating and this would have been her 2nd litter unfortunately, she didn't conceive :'( . In 2013 under her owner by then, she whelped 12 healthy puppies.
I'd honestly want to expand this pedigree dog business because i know they can raise the university fees required for my medicine degree..

I'd like to thank all, Lenders for their financial support, Admin for timely response and fellow forum members for their moral support..

In my first loan proposal {I've posted it on the bottom part of my discussion}, i outlined the importance of paying cash for a stud service instead of giving a puppy.
Last time, we agreed on a cash payment of $400 but it's quite unfortunate that my dog did not concieve. On the brighter side, he agreed to sell an 11month male from a "very excellent" sire. The male has very good height, length, color & its registered. This got me thinking, next month, i'l be able to collect stud fees, also service my females therefore cutting off all expenses that i incur whenever i'd like my bitch to get serviced.
We agreed on a cash payment of $1279 for the dog because he's my friend. He already had the $400 i paid last time as stud fee, i added $225 that i had amounting to $625 and with this loan of $200, i'l send him this $200 so that he can release the dog first with $825, the the rest i'l be paying him as we agreed. We also agreed that i can also have the dog at $825 but he remains with breeding rights. This does not restrict me from giving stud services to others, it simply means he can breed any of his females whenever he wants for free. But i dont want this because 1. it will restrict my movement with the dog to far places like camping and hiking where we can take a week or so. 2. With a registered male Gsd in my area, it will be very easy to collect stud fees as there are a couple of high profiled individuals who've approched me asking for a good Gsd male.
With this loan of $200, it will top up the $625 to the much needed $825 to release the dog first, then i'l be paying you both on weekly basis..
Thank you very much,, :) :) :)
Dan.