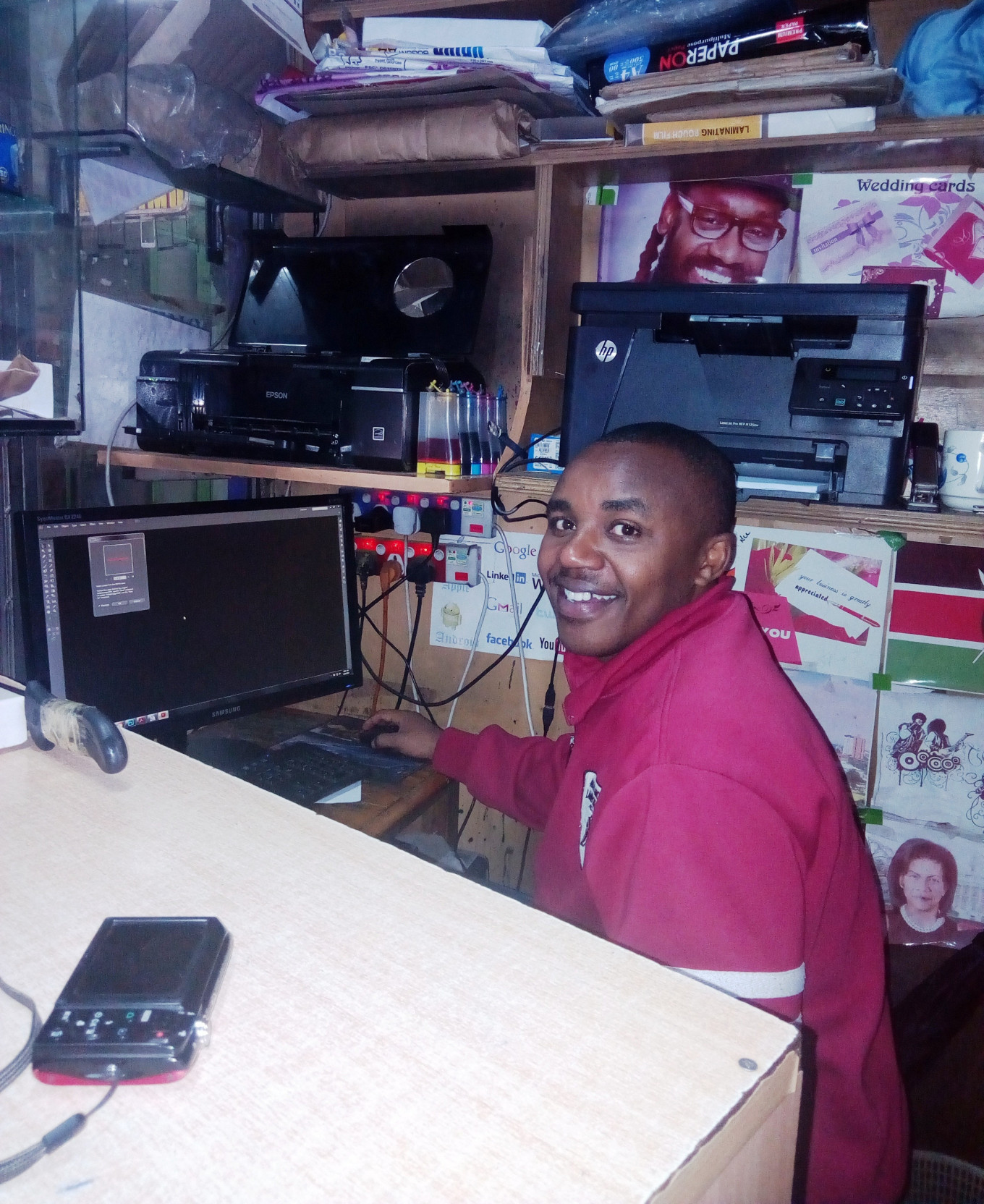 I was born 36 years ago in Kangari location Murang'a county. Am married to a wife and am father of two boys . I grew up in the village where my mum and my late father were small scale farmers. I got my education up to high school level. After my certificates I was not able to proceed to college because my other siblings were also in school and my mum single handedly could not afford. After high school I helped my mum in farming for two years after which I got a casual job in the capital Nairobi. The company didn't offer any unskilled personnel a parmanent job. So I decided to save for college fees. After two years I had not saved enough for the fees and I decided to venture in strawberry farming and I stopped working to concentrate on farming. I like farming, playing badminton and hanging out with kids.

I ventures into graphic design and printing which i had a lot of interests in when i was young, Kenya being a developing country needs alot of paper work and printing in general, then there are so many upcoming companies that needs advertisements inform of flyers, brochures, banners, stickers and company logs e.t.c.
From this business i pay my bills pay school fees for my children and i also make random visit to children home once a month.
I was doing farming only and this Zidisha platform helped me and i started this business from scratch which has also employed four other people.

Once again thankyou for the far i have grown my business i never imagined myself in such heights.
Many youths from my area have taken up the business of cameraman. Then they are travelling long distances to print the photos.
This time i want to buy Epson photo printer and employ some youths to be printing the photos for them. I already have a shop, camera, a computer and a simple printer that cannot print photos and the business is picking once i will have the photo printer it will be at the top and give jobs to the youths.
The printer is going for 667 dollars in our local market . I will repay the loan from my strawberry sale earnings plus my new business.
Thank you in advance.