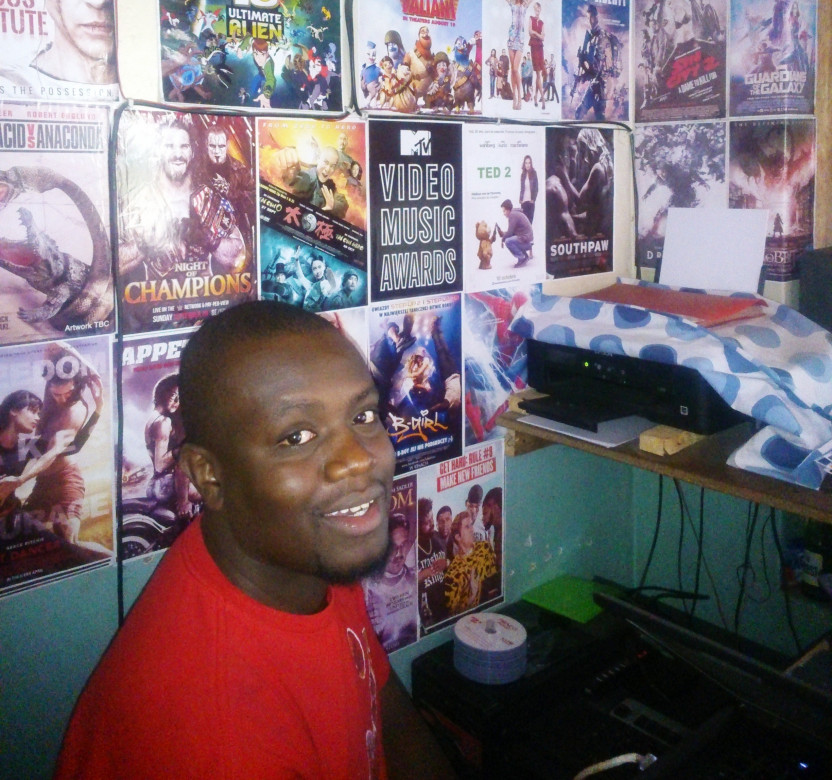 I am born in a family of four being the Second born, I managed to to my O-level and go to college the year 2009 to 2012 when i got Diploma in IT (Information Technology) my childhood was very tough as i had to go to school 4 Miles by foot from Home till the day i became top in my class and my parents bought me a Bicycle as a present and that helped me overcome the long walk to school. Being an energetic youth in my early twenty's with a lot of experience from where i was employed as a cyber attendant. Untill i saved some cash and opened a business which is managing a movie stall and play station games in the same stall that is situated in Nakuru kanustreet near rivannas supermarket a building named denzel towers and all the same i happen to be living in the same building because its a flats with four rental shops at the front of the building, i got into that business because all my interest were in line with that, i have been in this business for two years and counting and am not doing bad myself. the business has managed to secure me a bicycle for doing delivery and that has highly reduced my transport expense.

my current venture is much promising because of the current demand for entertainment in the region where my business is situated. i am into the business of sale of a wide range movies and music to all age groups and also play station services are available in my stall. my customers enjoy the my service because of the speed of the services that i offer and the comfort available plus the big screen on the wall playing the most recent previews giving them an easier job when choosing their movies. i generate an approximate income of around USD 4 to USD 7, that's an approximate monthly income of USD 120 to USD 210. my expenses vary depending of the basis of the business such as monthly bills like power,water,rent, my kid tuition fee and purchasing of Empty DVD's and Sleeves for packaging that are required to run the business. relatively the income acquired from the venture is enough to sustain its expenses and raise a reinvestment profit. risks faced in the business are very minimal and controllable.

I intend to buy a new computer (Cyber-power PC Ultra GUA3100A) that is better the one that am currently using in my business, since the current one is getting slower and worn out. It is estimated to be USD. 699.99 (KES. 71,186.46) in the local market. If funded with this loan of USD. 536.81 (KES. 54,592) i will be able top up with an approximate of USD. 163.20 (KES. 16,596.46) which will come from the sale my old computer that am using currently in my business. This new compute will be of great importance to me and my family since it will improve the speed of service in my business thus increasing the number of customers that i will be able to serve in a day plus the capability of multi-tasking , hence my daily income will increase with a margin of 25-35 percentage.
Thank you.

Paul opted to pay $107.96 into the Zidisha Members Loan Fund in return for a higher starting credit limit.