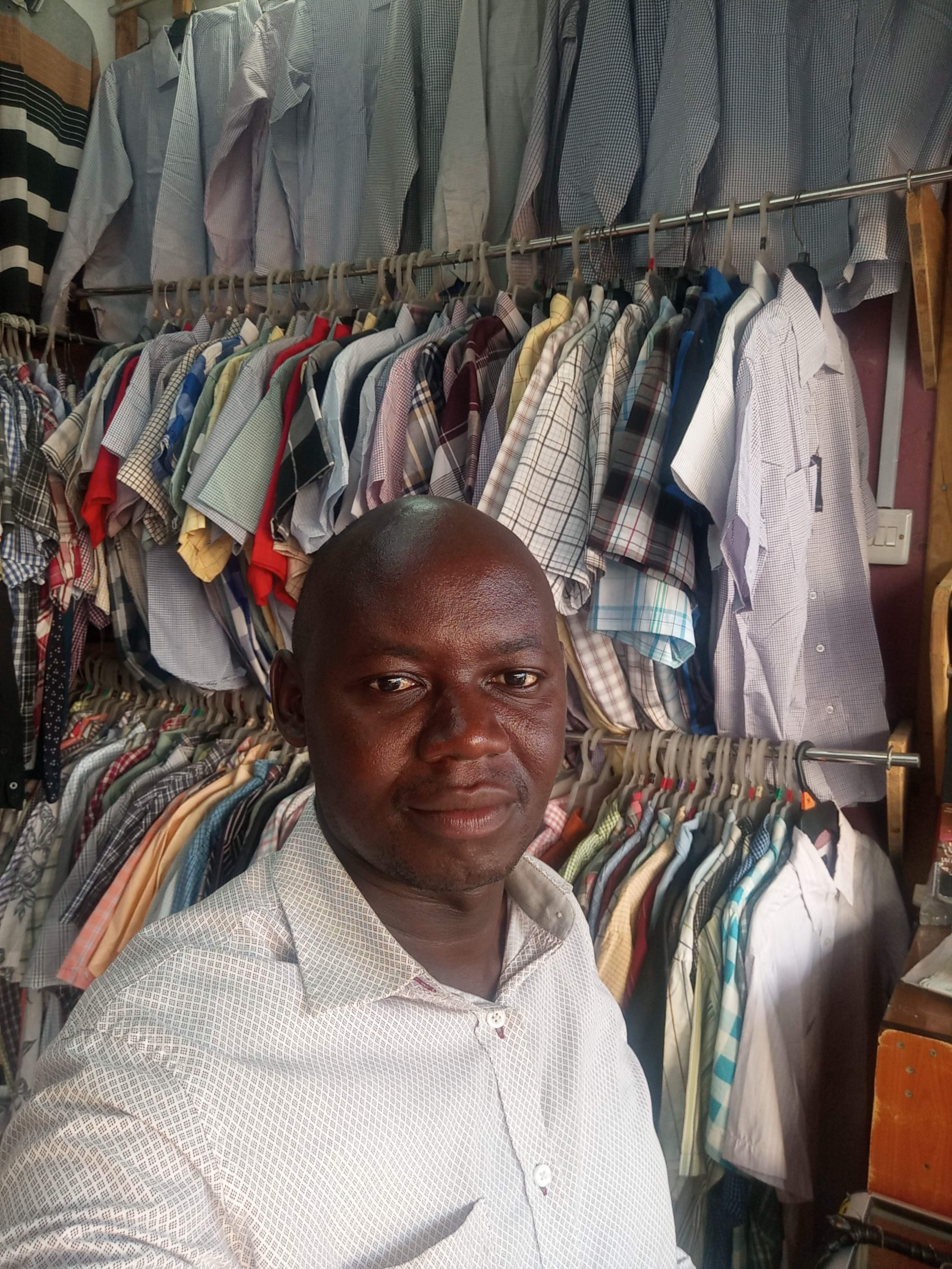 My name is Henry Muya, born in Nakuru County in the Rift Valley region of Kenya. I was born in a family of nine where I am the fourth born. My parent are small scale farmers in Nakuru. I went to local schools for my primary and secondary education and then enrolled in a college where I got training in computer applications and Business management. I have done a course in Accounting here in Mombasa.

After my college education, I was employed to work in a micro-finance in Mombasa where I worked for three years. I later quit my job due to strong desire to start my own business. I started small by starting an mobile phone accessories shop which later expanded to include mobile money transfer which is very popular here in Kenya.

I am married to one wife.

My business entails sale of cloths and mobile phone accessories and mobile money transfer popularly known as Mpesa. The business is located in Mombasa in an area which is densely populated. I get my stock mostly from Nairobi but I am hoping to start traveling abroad to get them from the source market. My products range from phone chargers, batteries, earphones etc. All these products are very popular with the masses and I am always assured of a steady flow of clients.
On the cloths business i mostly deal with men's shirts and trousers which move so much because of the location of my business
The business is quite profitable and I usually make a net monthly profit of about $400. This business two businesses has potential to yield much more if given much needed capital. I have a strong desire to expand my business but this is only possible if I can access credit facility hence my decision to continue with Zidisha.

Given this loan I have planned to expand my clothing business by buying different school uniforms which I have noted are in higher demand being that am located in an area with three schools.
I want to invest 800Usd in buying the different school Uniforms and 100Usd I will invest in my Mpesa business.