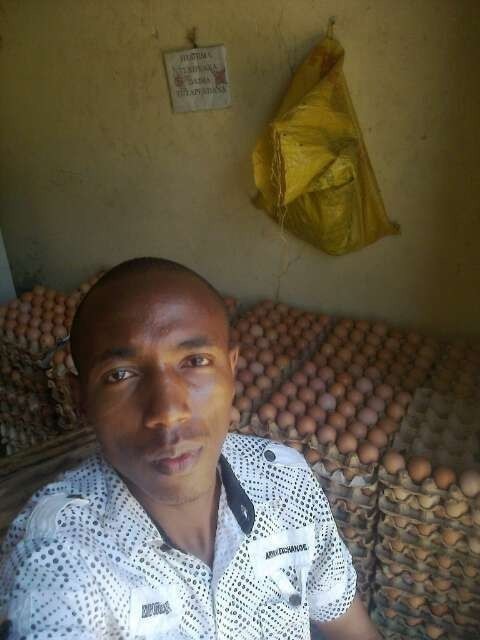 I am 26 year old and married man.Is grew up in Nairobi where i undertook my primary school at Thawabu Primary school.Later i moved to Thika and went to Kigumo Bendera high school for my Secondary school.I taught at Kianjau primary to be able to raise my college Tuition fee and i was able to pursue CPA,currently i am pursuing B.com at Mount Kenya university.I started a Eggs trading business at Kilifi with my one years saving at Kilifi.Later in the year 2013 i was able to move to malindi due to demand.This year in December i moved to Mtwapa where the business has run almost a month.Considering mtwapa is 24 hour economy there is quite a bigger market larger than two areas invested.I like traveling,research and playing football.

My business came up as a result of realizing scarcity in food commodity at Kilifi.After saving $55 a month in the year 2012 from my salary,i started a stall at kilifi with 100 trays of eggs.The business was challenging at fast as i was marketing it to the locals.After a month it started responding well and i hired one lady and the delivery man.From the business savings and salary i was able to open a branch at malindi in the year 2013.The year 2014 December i have a new branch at mtwapa.The cost of per tray is $3.11 and the selling price is $3.44-3.67 depending with the location.My avarage sales is $6889 a month at Kilifi and total costs are $ 6406 per month.Malindi revenue is $4133 and total cost is $3861.Looking at the avarage performance at mtwapa am looking foward at it being the best branch.My income is used to pay my school fees,my wife school fees and re-investment.

I plan to use my next loan to increase my stock by 90 trays.This will enable me reach markets like majengo and others in Mombasa.The cost per unit is $2 and sale price is $3.This will guarantee a profit 180$ per week. With this I will meet my installments with ease and expand my business. Thank you zidisha for the support, my business has really benefited and my family well being has improved