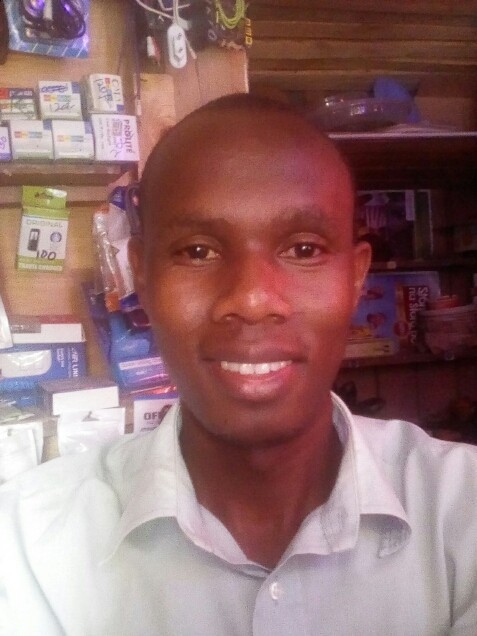 my name is michael wanjohi who was born in kiambu county and later raised in Nairobi county.over my childhood age i liked electrical and electronics work where i had to open up small electronics items such as radios.i also liked teaching my fellow colleague in both primary and high school level.though going through hardship mostly in mostly in fee problem and i could survive via bursary and loan i made it though till university level where i attained credit in diploma in technology(power option) in Kenya poly.during my cause i tried coming up with a private school i.e in 2010.today i now teach and and do wiring and also repair electronic appliances.

in my business i teach in my kindergarten in karibangi south giving its name the new hope community centre.i gave it that name because i had the courage that it will exist and come to help the community. before i took over and employ more teachers was doing outside business to be able to pay the teacher because the income from the business could only pay the rent and do few things.i did this while i was in the university.today the school has grown and i now support the orphans and less fortunate to my effort .by doing this i feel doing Gods work.on my pleasure time away from this i also repair electronic appliances like TV, radios, iron boxes,electric kettle and also do wiring.this income i use it to assist my siblings boost the kindergarten and my upkeep .doing this business make me feel proud of my self and that my dreams were fulfilled.by coming up with a kindergarten the parents have been thankful because their children improves and feel well supported for those who were not able.this kindergarten provide services like daycare, pre-school,primary and Saturday bible classes

I am going to puchase the following:
Electricalsfor 300$
Phone accessories 200$
Mali Mali goods or household goods 500$
Mpesa business for 500$
Transport for50.44$
Miscellaneous for 35$.this will be an expansion of my small electrical shop and will increase my earnings greater because these goods are in demand around here

Ask Michael a question about this loan project, share news and photos of your own, or send a simple note of thanks or inspiration.