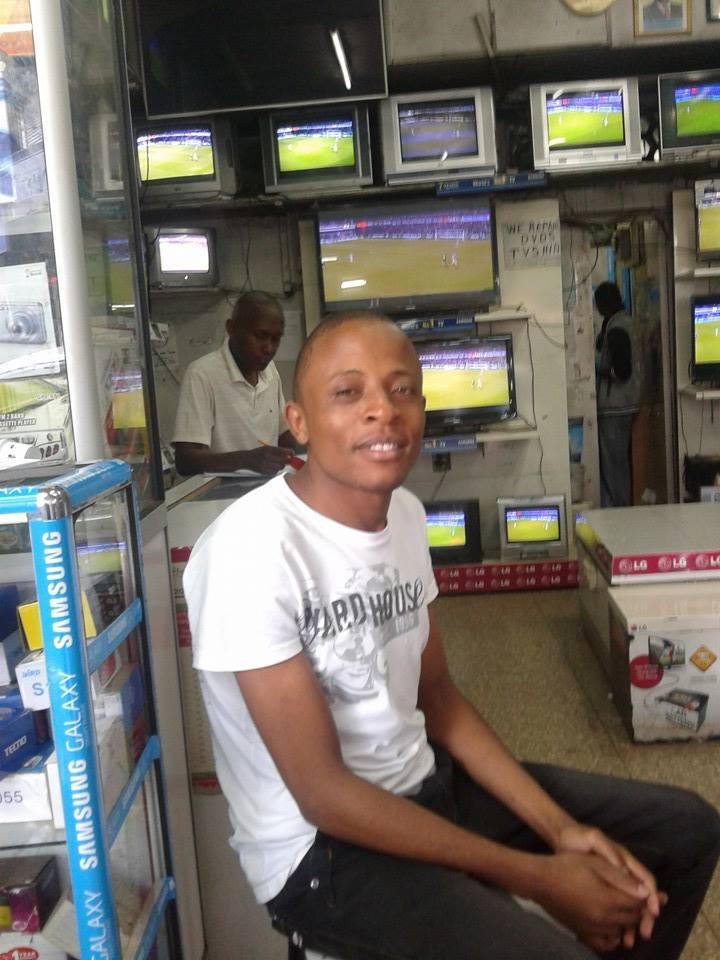 my names are henry njenga i was born in a place known as nakuru.
i both completed my primary and high school in nakuru and later shifted to Nairobi for my college studies.
am a born again christian healing from a family of three girls and one boy.
when i was in college i use to save money and later after 3 years i was able to open an electrical shop were by i sell televisions and laptops.
Kenya in a beautiful country where most parts happen to be green.
i like traveling and spending most of my time in the intern ate.

i sell laptops and televisions and DVDs.
the goods and services that i sell are in demand simply because am located in an area where population keeps raising day by day.
i choose this kind of business simply because i did electrical installation when i was in college.
my typical cost and revenue is almost 30,000ksh every month.
i use the profits that i get to invest in my business.

Henry opted to pay $112.11 into the Zidisha Members Loan Fund in return for a higher starting credit limit.