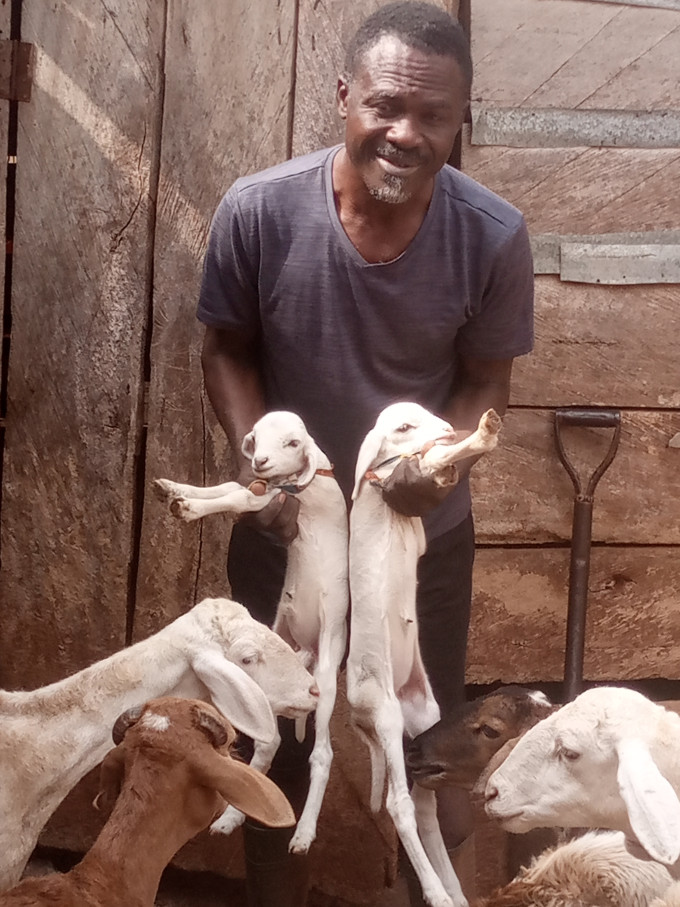 I attended my primary education in a village called Aworopataa near Ahansua in Techiman Municipality.My father was a peasant farmer with eleven(11)children. I was the first born but due to financial problems,i was instructed by my father to assist him in farming as a first born. I struggled to convinced my uncle to beg my parents to send me to school. But my father was not interested to send me to school. I was therefore rejected by my father instead of helping him in farm.I moved to stay in Techiman with my uncle partially while with my parents looking for job to take myself to school at the tender age of 12yrs.Still in primary school. Gaining a job as a truck pusher in Techiman market,with my master Kwadwo Moses (may his soul rest in perfect peace) who helped me in sending me to school.
In middle school, i was enrolled to take part in common entrance of which i passed successfully in gaining admission into secondary school in 1988-1989 academic year. Looking at my seriousness in school and financial problems i was considered as brilliant but needy student. I was given a scholarship in the school. Graduated and i was appointed to teach as pupil teacher.
Now,with a little salary i managed to open a scratch sheep rearing (animal farm)to assist my work and my family.
I therefore wouldn't like my children suffer
the way i struggled. That is why i need assistance from your reputable organization to help me expand the rearing of the animal and again use part of the accrued profit to do more ventures like barbering salon, tricycle to transport feedings to the animal house and to the market for their sales and more. Thank you.

I buy and sell all kinds of sheep breeds to support my family as a living.
This is very lucrative job as people who wanted in large quantity i do supply them for both retail and wholesale that is one or more.
I choose this kind of business because the demand and supply is good and high in demand and considering the profit margin is not bad.The cost involved in buying their feeding and vaccination or drugs are moderate and the profit margin is not all that bad as comparing the expenditure and the income, the income is more than the expenditure which the profit margin is very high.
The cost of buying one sheep is between 350Ghs and the cost of selling the sheep within one year will be the twice of the cost of buying that is 700Ghs per one for the season or at times higher during occasion like Christmas , Easter etc
Again, Islamic festivities like Ramadan(Edul-Fitr)and Edul-Adha(sacrifice) where animals are used for these occasions.
Moreover, we have traditional festivities as well where animals are used.Traditional festival in my community like Apour festival, Adae festival and all kind of traditional occasions animals are used.
The profit was at times used to reinvestment in growing the business home improvement and used to settled children school fees and invent more lucrative businesses like barbering salon, trotro(transport)etc

l will used the loan to expand the inventory of my livestock by purchasing more sheep, feeding,drugs of all type to inject them and deworm the sheep and all in 7,000dollars.

Ask Mustapha a question about this loan project, share news and photos of your own, or send a simple note of thanks or inspiration.