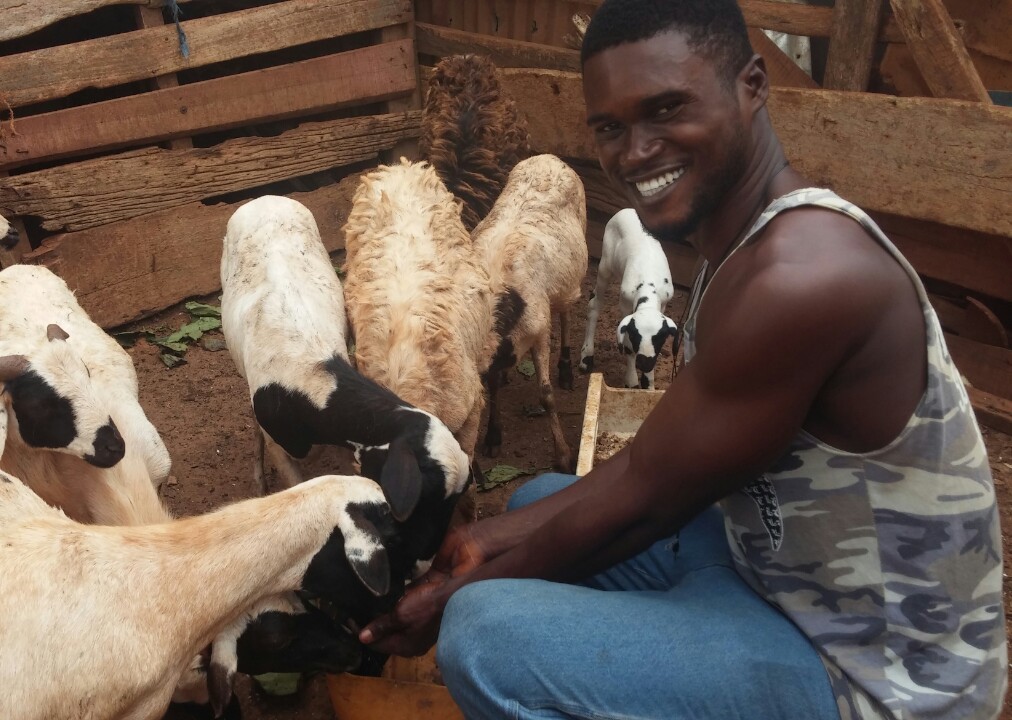 My name is Bismark Kombat I am 27yrs of age, I come from Sunyani in the Brong Ahafo Region of Ghana, I am 6ft tall in height and 75 as in body weight, i have a pointed noise and a set of white teeth which make me confident when smiling, I have a brown eyes and a black hair.

I have seven siblings, my mother's name is Georgina Twumwaa and my father's name is Joseph Kombat. I completed junior high school and due to some reason, I couldn't continued my education to the high school level but later with help of my mum's junior sister I was enroll in a computer school to pursue a one year course in computer software and hardware and after completion I was lucky to meet a class mate of mine who then introduce me to lifestock rearing of sheep so first I started with four lamb's and one pregnant sheep and a male. In the beginning it wasn't easy but with the help of my family and the support of my neighbors who help my animals with cassava leafs and corn.
Thanks to them now I have ten sheep now and lambs.

Despite a life often falling short of my own true potential, I have always held on to the quote by the writer James Baldwin "The world is before you and you need to take it or leave it as it was when you came in" that always sounded like something I wanted to do so the moment my animals came in my life and the help of my friend and family I knew I had achieved it.

I am into livestock farming. Precisely sheep farming. I currently have 10 sheep and lambs. This has been my business for a couple of years now. Sheep rearing is lucrative in my locality. A mature sheep can fetch about $60.00 to $70.00. And there is ready market available for my livestock if they are matured to be sold. I wish to expand my livestock farm so that I can have a lot of stocks for the market in order to derive some income but due to lack of funds this dream has not fully materialised.

This expansion will also lead to the raising of a new structure (Pen).

The loan will go a long way to increase my profit margin to not less than 100%. And I will be able to take care of myself and the business