Getting more goods for customers 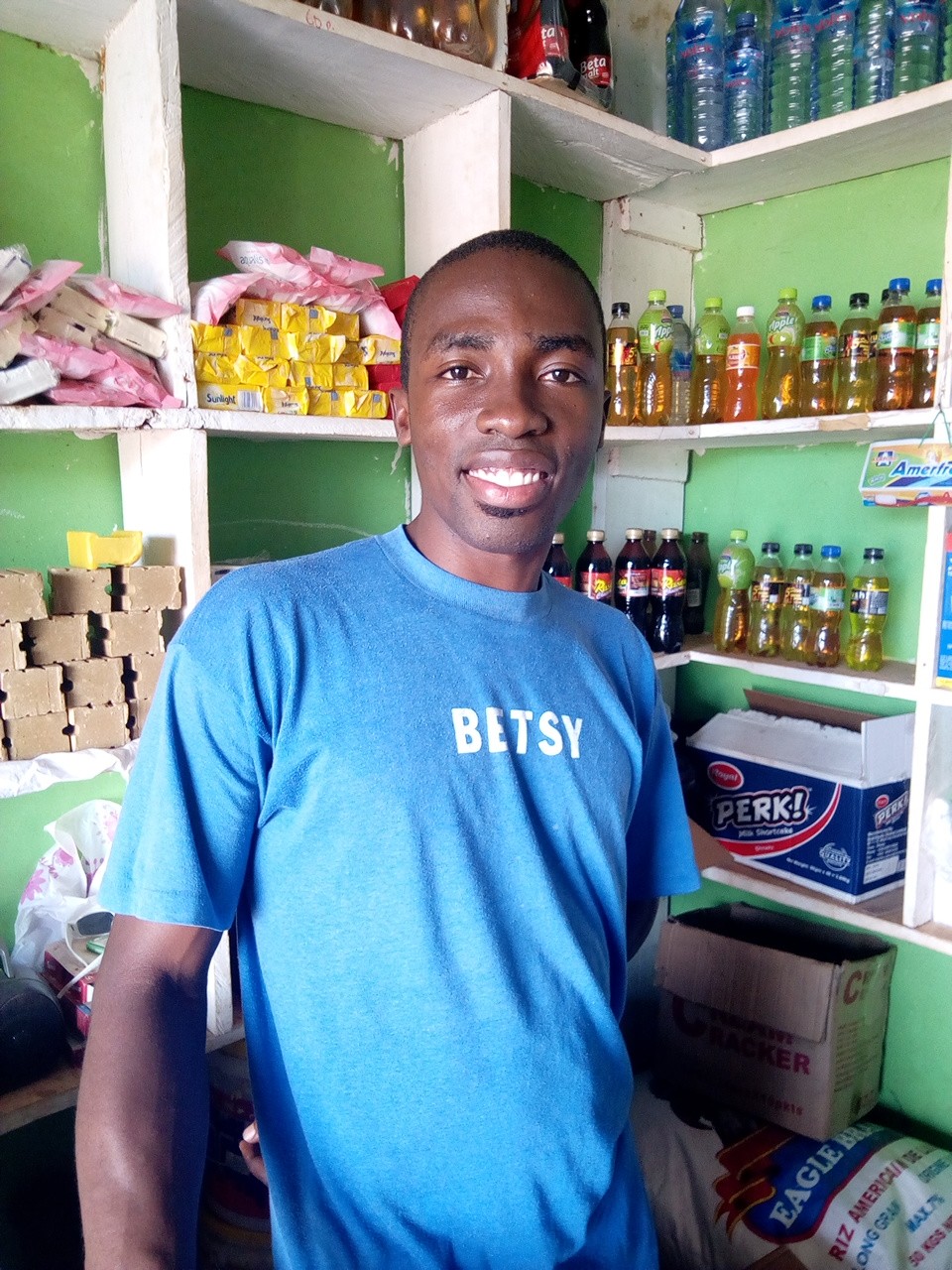 I was born into a family of six and my childhood was filled with going to farm and trekking long journeys to school . I am a teacher after completing teaching college . Going to school was a hurdle as none of my siblings went to basic school. I had to fetch and sell during weekend and after school to survive with my school fees. The provisions started when I was posted to a village and it was hard getting milk and sugar to buy because I've to walk to another village for it. It was just a table top business but later saved and expanded to this level through prudent measures I put in place
I want my children to enjoy a childhood of happiness and have peace to pursue their education they can
I'd like this business to flourish into a bigger one where I would be a main distributor of provisions in my district one day. my hobbies are watching football and singing

I provide gari,sugar,bebe drink,milo,milk,salt,maggie cube,milk powder,toilet roll,pen,pencil,eraser,chalk,diapers,insecticides,sachet and mineral water, sharpener,toffees,blade,disposal razor,airtime credits and sardines. These are aome of the things i sell and when demand increases i may buy what is needed. Since my money i meagre i usually run out of stock and spend money to pay for transportation which all goes against the business.
Business is good here and revenue per week is about eighty Ghana cedis and the profit is reinvested. My business is in good standing since everything is written down. I use my profit to reinvest in my business

I will use the loan to buy more milk which is in high demand, box of sardines, bottled water, chocolate drinks, and also buy flip flops known locally as 'Charlie wote". These are in high demand in my area. I will also get an assortment of sweets which children always come for and it keeps on changing because of new ones always coming up.

Ask Rene Gyimah a question about this loan project, share news and photos of your own, or send a simple note of thanks or inspiration.