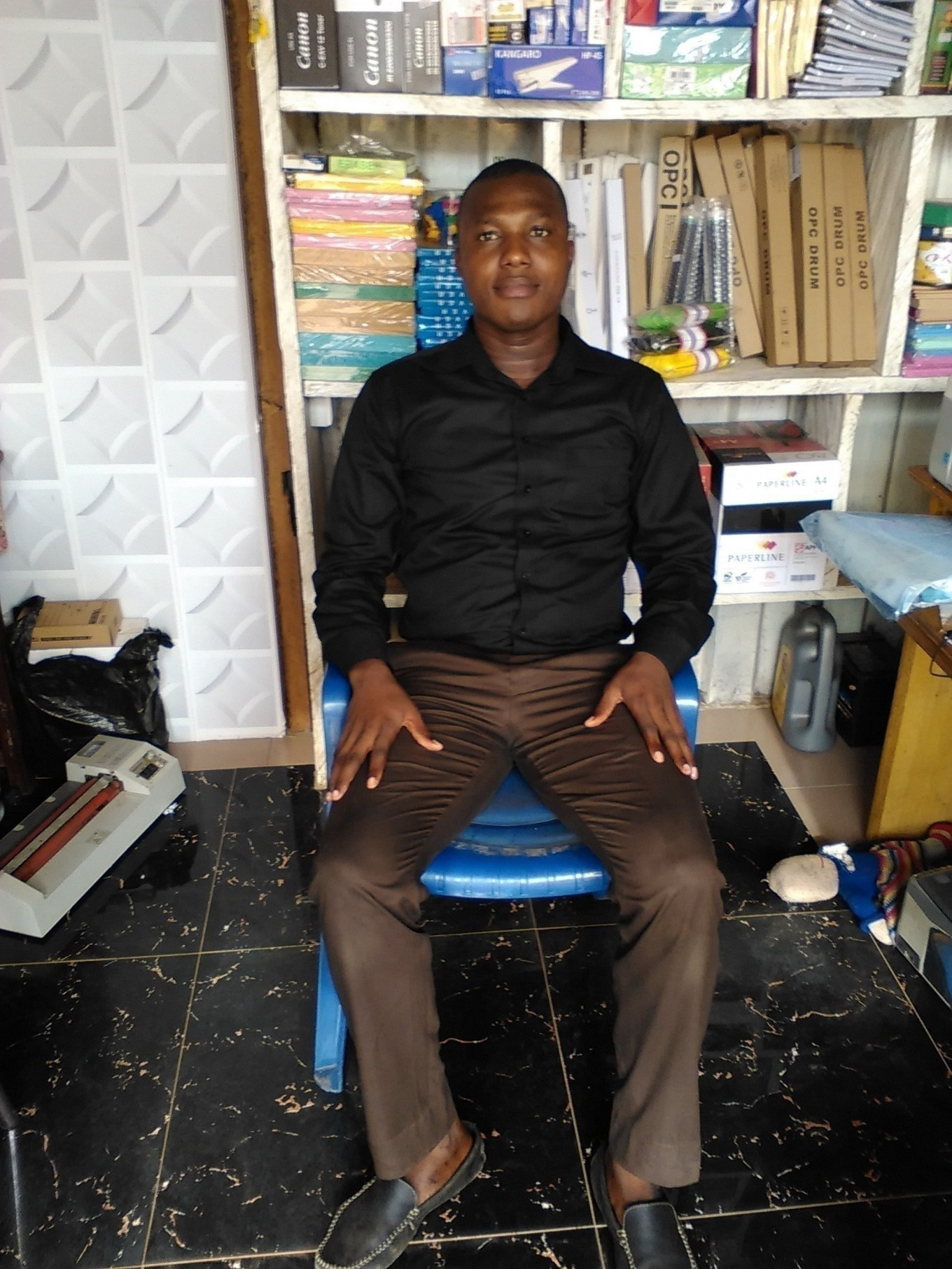 I was born in 1988 at Savelugu, Ghana. I studied at the Accra Polytechnic of Ghana between 2009 and 2012, where i was awarded a Diploma in Accounting.After my polytechnic graduation, i taught it wise to start business because i was sitting idle and i had to start with Ghc 400 and i went into stationary sales such as books and pens,the uniqueness of my culture is our candid welcoming of strangers where a person can even go hungry just to provide for a stranger,my children all will like to become people of value to society,i have gone through had time in life such as sleeping hungry and during this days my driving force was always no condition is permanent.

I deal in Stationery as indicated in the picture. I have a small stationery store. Student always use books in the vicinity in which I operate. schools are around where my stationary store is and there is constant demand for books. usually, I have about 300 to 700 books in stock which cost GHS 1200.00 and my stock increased because of the old facility granted me, my profit ranges from 350 to 550 Ghana cedis and it usually takes 6 weeks to dispose my stock of books in store. profit is ploughe back into the business . The store is located in savelugu.

I will buy marker pens Ghc450,exercise books400,Mathematics pamphlets Gh300 and mathematical set Gh 149.That is how I intend using the loan if granted me.

Ask Abukari a question about this loan project, share news and photos of your own, or send a simple note of thanks or inspiration.