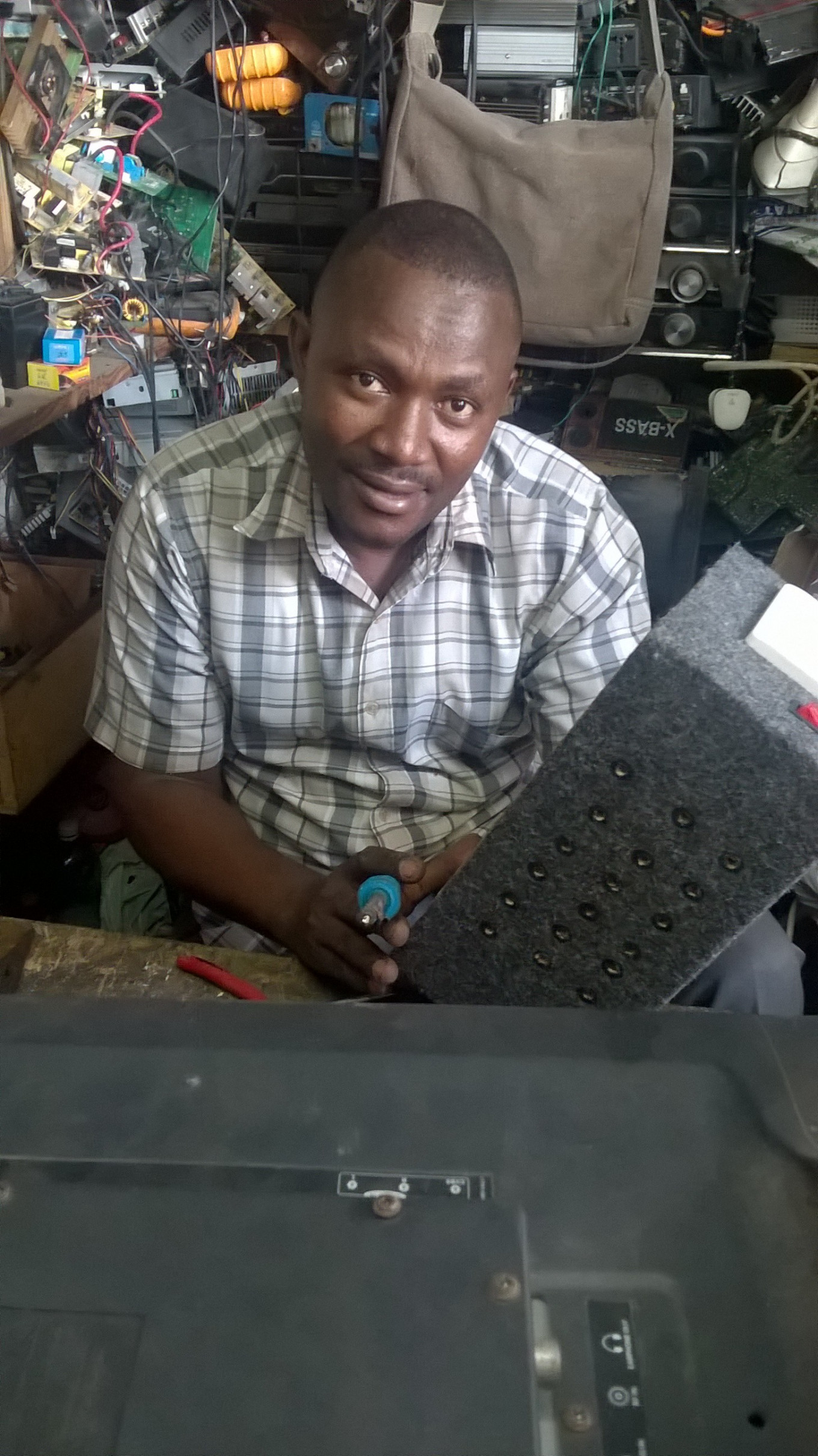 I was born on 8th January in 1981 in kamukuru village muran'ga county. I'm a second born of Mr Philip kamande and Mrs jecinta rugoru. I started my primary education at wamahiga primary school in the year 1988 then did my primary national examination in the year 1996. Then i joined muthithi secondary between the year 1997-2000 then i joined Thika polytechnic between the year 2003-2004 doing electronics course. After completing the course people in my village started asking me to repair their electronics appliances i did for 1year then my cousin who had a workshop in Nairobi asked me to join him in his workshop helping him repairing electronics appliances. We worked together for 5 years but he was not paying me well. Then i deside to go to Mombasa city to open my own workshop which is doing well. People hire like fishing. On of my children wants to be an engineer,the other on wants to be a soldier. I like swimming and reading Bible.

I repair,make and sell electronics and electrical appliances. I make my own DC to AC inverters,I repair TV's,DVD's,home theatre, sub wolfers, iron box etc people here in the city like entertainment and also many people here use this things so when they brokup they run up to my workshop for repair. I choose this kind of businesses because I can do it better and it has a foot profit. My typical cost is 10,000 KES for license per year 2,000 KES for electricity bill per month. I use the profit to pay school fees for my children and home improvement.

Ask Gideon a question about this loan project, share news and photos of your own, or send a simple note of thanks or inspiration.