Jumpers and snoodies production for my clothing line 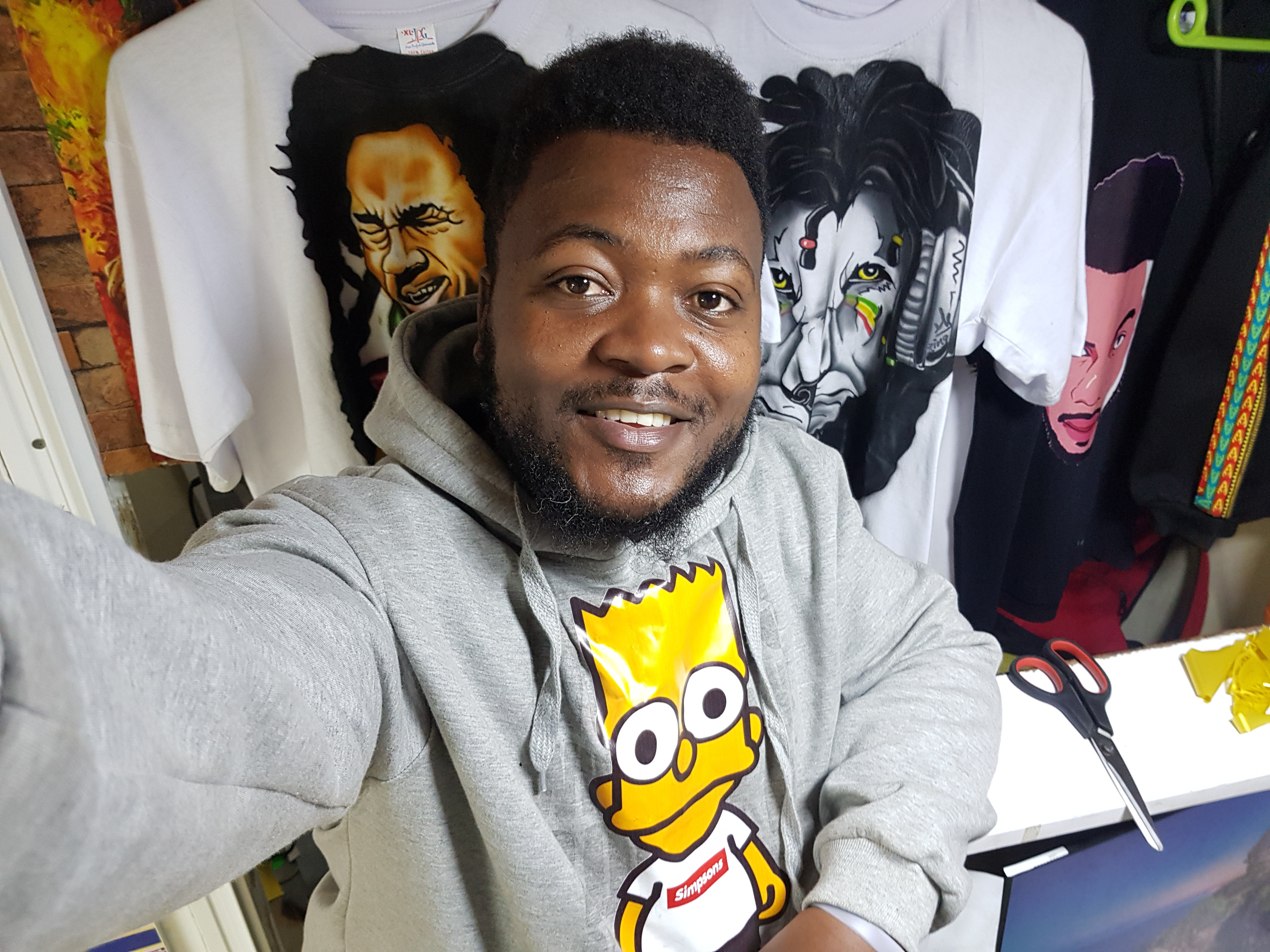 I am Brian Wakalo, Born in Busia Kenya which is in western Part of Kenya, I attended my primary school at Kisoko Boys Primary school and after completing the primary level, I joined High school at The Aga Khan High school Nairobi where i dropped out of school at form three level due to lack of school fees.Thats when i started hustling with life trying to make ends meet.Being out of school for two year taught me a lot about how tough life is out there when u haven't completed your studies.During the two years,i had tried a couple of things without avail because there wasn't enough capital to strengthen my lengths. Though i was passing through difficult times,i never forgort my passion for music.I used to go for sing for church meetings mostly because there were a couple of churches around me and i thought it could be easy to showcase my talent there instead of just idling.
After two and a half years, i finally got my chance back to school where i joined Larmudiac Secondary School.I was forced to go back to form two because the syllabus had been changed and things were different.However, after i have managed to join school once again,i manged to record my debut song from my pocket money savings.The song was recorded at the famous Calif Records but enough was not done to it as it's required to get the required audience.I decided to wait until i finish my secondary school then hit the studio once again meanwhile i was still writing my songs and performing them in school.
Due to the post election violence that occurred in 2007,i had to look for another school because tribal clashes couldn't allow me to go back to the school.I had to stay home for a couple of months again while looking for a school to join,thats when i came across Chebuyusi friends school in Western part of Kenya which I completed well and scored good grades.
After high school, i immediately began hustling again as i had already known what life is outside school.I managed to join Dominion college from my savings and trained for Computers and Mass Communication, my Parents live in Nakuru at our residential home.I stay in Nairobi along Jogoo Rd where i worked with The Kenya National Examination Council since 2012 until last year when my contract ended.

So ever since I joined Zidisha, I started a brand for my music Carrier, and wow! It did so well that it became a business and now am not only doing my brand but also of other Kenyan artistes I usually dress them on video shoots and various occasions. I now have a Shop in town and it is doing so well. On average I'll have a mark up of KES3000 a day, it could be more sometimes as other days even companies want their merchandise branded and their orders are usually in bulk. I am really glad that i am where i am today with the help of ZIdisha platform. So majorly , the branding business has taken over. i also have a team of three that help me with the job as sometimes it can be really hectic when clients demands are higher. A client usually come with their idea of what they need printed on a fabric of their choice , might be t shirt trouser hoodie shirt overalls you name it and we customize/brand according to their preference.

The services we offer is useful as nowadays every entrepreneur want to market themselves and usually the most common way is by branding. Note that we also do banners ,pens , mugs ,brochures , fliers etc.

The reason i chose this kind of business is because am always artistic and at first when i joined zidisha i was doing my brand for my music carrier which goes hand in hand.
I have a very deep passion with art and this is what i do best.

Usually costs will depend on the job some day you might find you need to use KES50000 which will have a mark up of KES27000. So in 100 percent of the total amount 40 percent is usually-costs and 70 percent mark up.

I recently bought motor cycle from the profits and created employment for someone. He usually deposits KES300 on a daily basis or sometimes weekly what is remaining is his. 300 is the standard amount that one is supposed tom deposit daily. I am also intending to buy other pieces as well and get a warehouse also for my branding job.

Hi lenders, i once again come before you for more funds. Firstly thank you for making things happen for me am really growing! My clothing line has got t-shirts and caps at large, i now want to add on jumpers and snoodies to have variety and also considering we are now experiencing cold seasons this ends. There has also been a number of requests from clients that i should also make them this is why i want them to be available also to satisfy and meet client's demand. Here is the breakdown ;-
Production of jumpers/hoods @15USD each will amount to 300USD. Production of Snoodies @15USD will also amount to 300USD. The remaing funds will be used for backup purposes or any challenges during the production process . Thank you and God bless you!

Ask Brian a question about this loan project, share news and photos of your own, or send a simple note of thanks or inspiration.