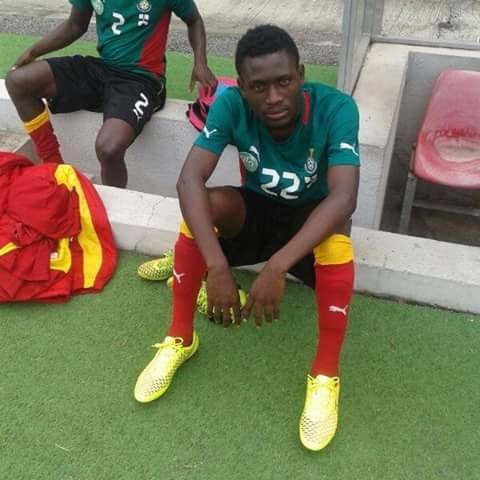 My name is Edward Ofori.I am an African. I am a Ghanaian by birth. My parents are Mr Adu Amanfo and Mrs Felicia all at Tema. I am young man in my early twenties and a very promising footballer. I have three siblings. Two boys and a girl. I am not married. I attended Tema community basic school. I didin't further my education because I wanted to play football only. Though my parents didn't want me to be a footballer, When I am playing they usually come to the stadium to support me. I wasn't academically sound especially subjects like mathematics. Most People in Ghana love football. There sixteen senior soccer teams in the Ghana Premier League of which I play for the junior side of one of such teams. I will one day show to the world that I got talent.

I started Playing foot ball a tender age of seven. I am a multi purpose player. I play for Tema Youth foot ball team. I joined this footbal club abot three yours ago. I have scored 68 goals in 79 matches played for my team. My parents were my manager until my father suddenly lost his job. so I dont have a manager yet but hopping to get one soon.Playing football in Ghana is like in Brasail where there are so many better up and comming players. I have gone to several people to help me with my career but none seems to show interest in me. I once had chance to play for the national under twenty youth team but what prevented me from going is money to pay bribes. I know that one day my time will come. Currently, I receive $32 a week as an allowance.

Ask Edward a question about this loan project, share news and photos of your own, or send a simple note of thanks or inspiration.