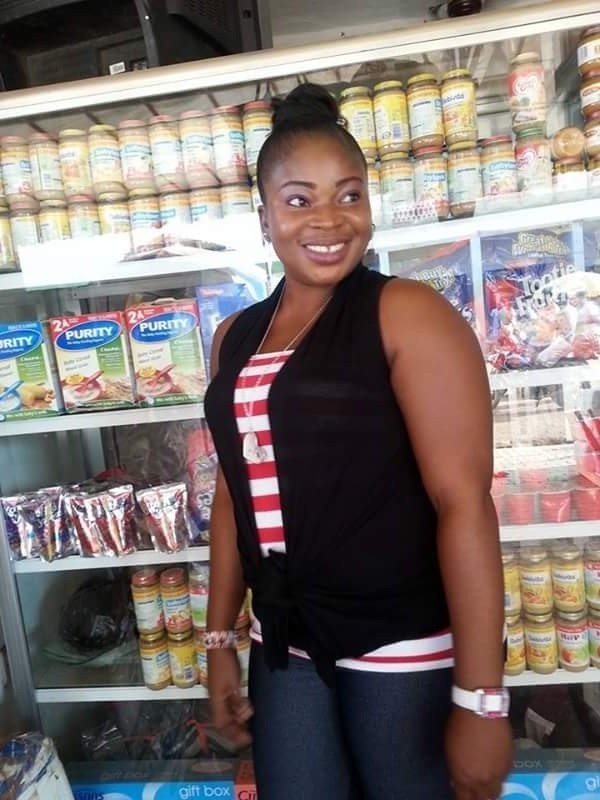 My name is Comfort Konadu. I am a Ghanaian by birth. I come from Berekum a town in the Berekum municipal assembly of Ghana. I am married with four children. I am self dependent womanwho believe that nothing is impossible when goal focused and determination mind exit. I did minor jobs of any kind provided its legal only to earn a living. I couldn't access formal education as I so wished. But I have long convinced my self to keep pressing forward no matter any circumstances. A friend lend me some money which I used to start this buying and selling business of mine. I hope for a better future. By the help of zidisha.

About four years ago as I was thinking what to do to earn a living, a friend of mine introduced me to provision store business. I got money from a friend. which I used to filled with all kinds of provisions. I was able to sell all the provisions and paid the money lend to me by a friend. I sell all kinds of provisions. I get profit which I use some of it to cater for my children and helping the poor and needy in my community.

I need about six hundred dollars to purchase different kind of provisions like Milo, sugar, milk chocolate and others into my shop. This loan will help me to increase my profit and when my profit increase I will be able to provide food for my family members.

Ask Comfort a question about this loan project, share news and photos of your own, or send a simple note of thanks or inspiration.