Motorbike to aid transport for my chips business 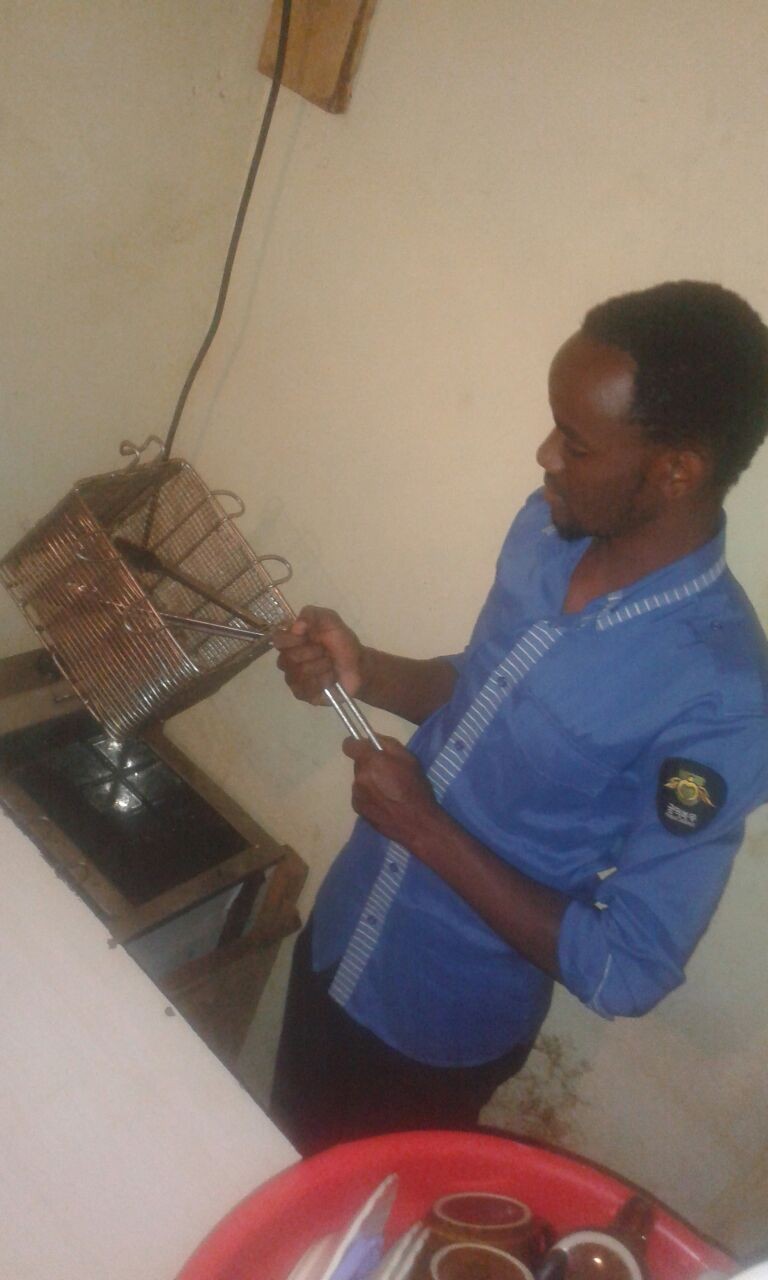 I am a fourth born in a family of six born in 1992 to a financially humble parents.my mother had to struggle to feed us and pay school fees for us since my dad had no stable job and my mother was a primary school teacher so the little mother got sent us to school. I attended missionary conerstone primary school and managed to join loreto boys high school nakuru but due to school fees problems i had to relocate to a school in eldoret and completed my highschool studies at arise and shine secondary school n later joined university of eldoret where am now on my final year pursuing bachelor of science in actuarial science.since i had no privillage to b provided with pocket money i started selling biscuits and sweets to other pupils in primary school after evening prep which helped me get pocket money and purchase new school uniform i continued with this until i was done with my high school education i latter joined campus and on my first helb loan i was awarded i purchased a deep frier to start up a chips business since had identified that university students loved fries and a 50kg suck of potatoes going for $10 gave mi $45-$50 return in a span of 4 days.my hobbies are cooking ,driving and going for picnics.one unique thing about my culture is that its rare for males to be cooking and is seen as women affair so it challenged alot of people on what i was doing.

I do sell fries mainly chips with a plate of chips going for $0.60 smokies each @$0.25 and boiled eggs each @$0.20.food as always been on demand and i decided to do something diffrent from what others do and fries is always on high demand by students and easy to manage since was still ongoing with my studies.on an avarage weekly i purchase a tray of eggs going for $3 and get back $6 a profit of $3. 1kg of smokies going for $3.20 with 22 pieces and get $5.50 a profit of $2.30 and a suck of potatoes going for $10 and get $45 a profit of $35 an avarage of $40.30 weekly.i later direct my profits to part of my school fees and the rest to my upkeep in collage
.

I will use my loan in purchasing a motorbike at a cost of $1000 which will add with my savings from my business this would enable me transport potatoes from the market to my restaurant and also in collection of milk from farmers at their home to my shop this would save me on transport expenses upto 25% and and would also create a job opportunity to a needy person improving his life also due to convinience attained my business income would increase by $1.5 a day.

Ask Adams a question about this loan project, share news and photos of your own, or send a simple note of thanks or inspiration.