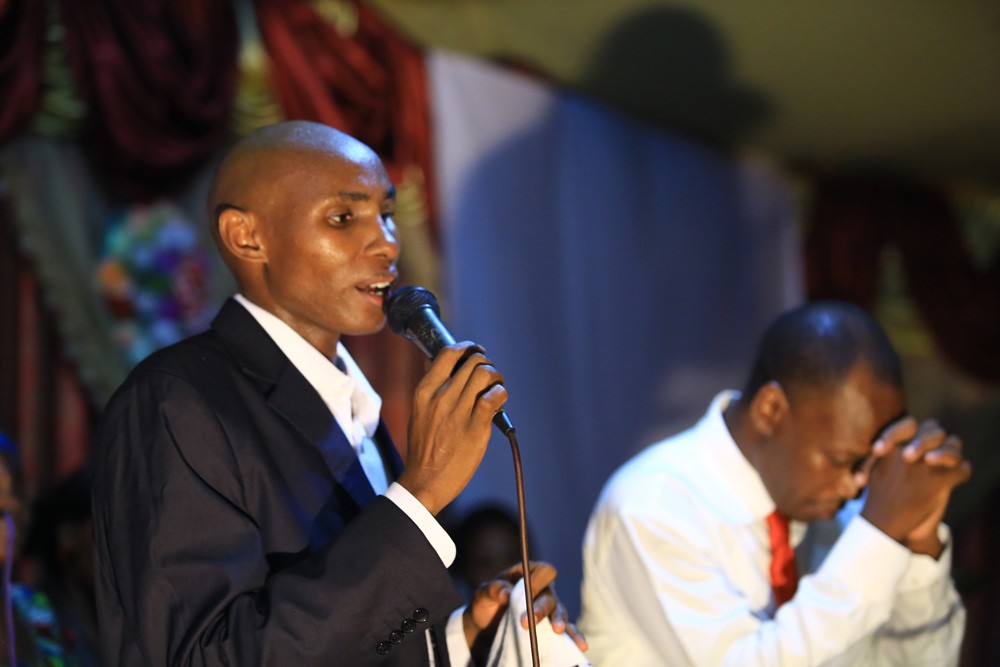 My name is Festus – born in Machakos town near the capital city of Kenya – Nairobi. Machakos is a small town where the people engage in crop farming as well as livestock keeping. I grew up in this society and learnt farming skills at an early age while still attending school.
I went to primary then secondary school in my home area and then went to Nairobi for my college education. I did a certificate in audio and video production where I graduated after two years. I got short contracts jobs with leading media houses where we would go for road shows across the country. I was working as sound technician during these tours.

I later quit and joined a friend in Mombasa because I wanted to start a new career. While in Mombasa I reignited my love for music and through help of friends I produced my first audio album in 2007. I managed to market and make quick sale of my music and this enabled me to open a small music store in town which serve as an outlet for my music as well as for other artists. I am still doing this to date and it has been a success.

My business entails stocking music in form of CDs and Dvds for reselling. I sell my own music as well as for other artist. I do gospel music because I am a staunch Christian who is very committed to his beliefs. My dream is to open other branches in and outside Mombasa town so as to serve more people while spreading the word of God through music.

I have employed one assistant who helps in the day to day running of the music shop. I make about $220 per month after all expenses are paid. I use this money to pay my bills and also to support my parents back at home.

As mentioned in my previous post, I have been traveling quite a lot of late to perform and sell music. I was in a neighboring country - Tanzania recently and I made important contacts while there. I also got a number of invitations and I hope to go back there soon.

I want to spend money from this loan to facilitate my traveling (by bus) and also increase my inventory of music CDs/DVDs to sell to my new found clients. This is likely to be a game changer in my music business and I am counting on you my worthy lenders for its success.

Ask Festus a question about this loan project, share news and photos of your own, or send a simple note of thanks or inspiration.