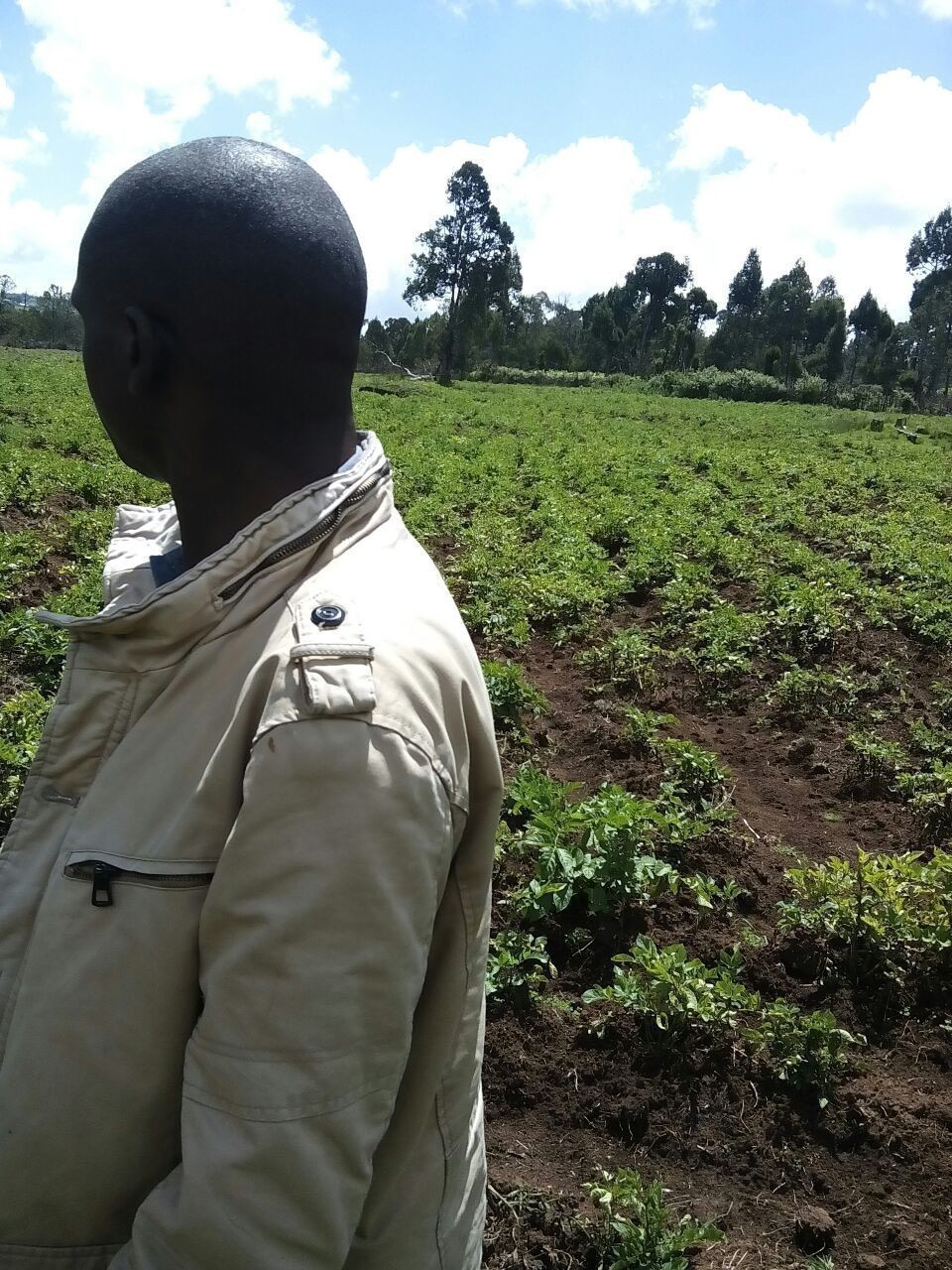 My Names are Fredrick Otieno Maumo, Married man living in Busia County . I completed my secondary school in the year 2002. After this, in the year 2004, I joined a college in Nairobi city where i took a Business Administration course. After the completion of my course, I was employed as a administrator in flower farm in one of the colleges in Kenya. but afterward i decided to diverse my education by joining a university and pursued administration course. After completion i was employed and after few months i came up with an idea of saving and start a business in order to boost my monthly income of which i managed to engage in mixed farming by leasing of lands in narok 40 acres to do potato farming and after getting the finance i also decided to start an mpesa business with a capital by building a small wooden structure with proceed from harvest of 165 bags i have invested a capital of kes 75,000 and intends to use the borrowed amount of kes 61,753 to boast my mpesa agency business to kes 150,000 So current zidisha will boast my mpesa agency business.

My business is out line with my career of business administration, having well understood the agriculture industry I chose to do it as a business to boost my living standard.Have also diversified to include mpesa business and to get consitent income from mpesa agency business
I ventured into the business because of the demand in my area for potato products. it started in the year 2008 In busia town out of what I ha saved from my salary where I had only one arce of land.
Due to steady rise in demand, I was forced to increase the acreage to enable me do more large scale farming.besides farming i also rear sheeps and goat to sell as meat during the December holiday in order to boast my inflows
I Currently I yearn to increase the capacity of my output could be way of sourcing fund externally.
Should I get a well wisher to further gear the business I believe I shall be able to exploit the potentiality existing in the area.

I intend to boast my mpesa business which i have started after receiving previous loan to boast my mpesa float from kes 70,000 to minimum of kes 100,000 to earn more commisions.besides the potato farming which currently a have planted more than 20 acres due by january 2016

Ask Fredrick a question about this loan project, share news and photos of your own, or send a simple note of thanks or inspiration.