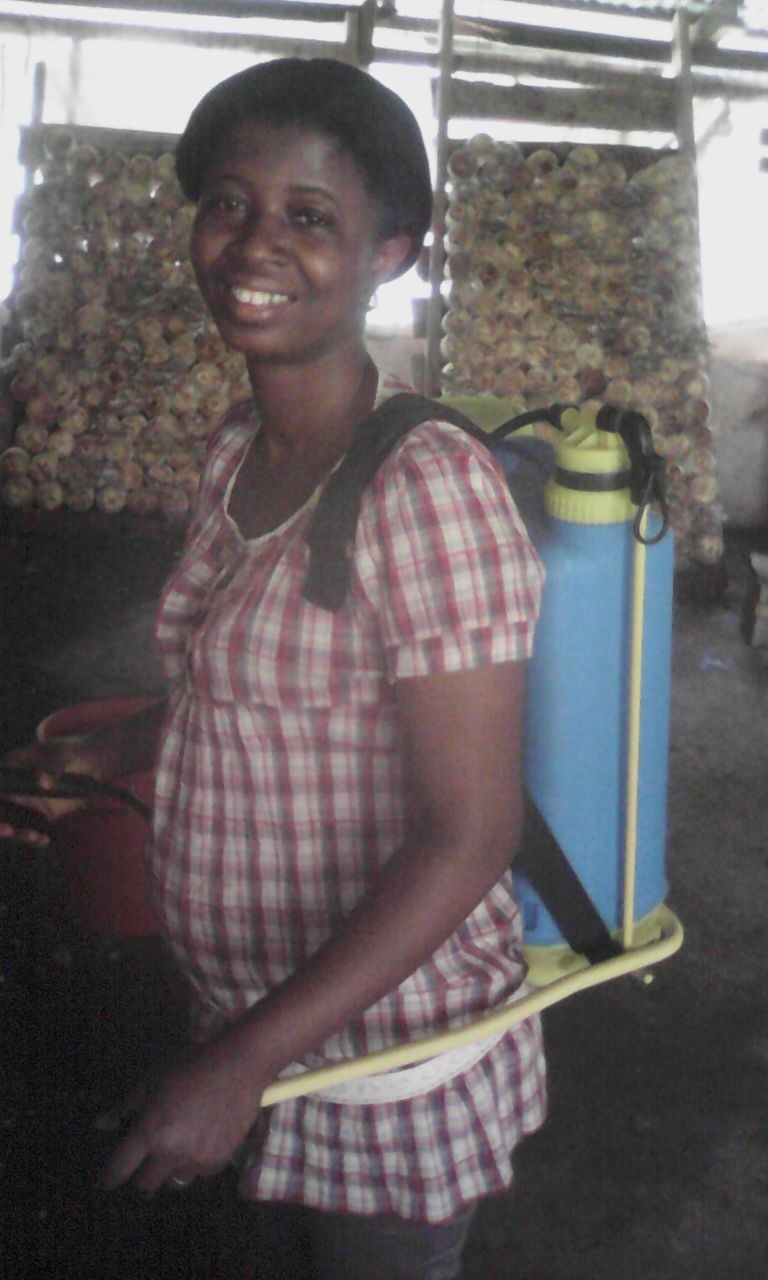 My family have a long history of farming, which dates back to my grand parents and as such farming has become my hobby.

I was introduce to mushroom farming about two years ago by nutritional values in mushroom.

From the Ghana Permaculture Institute I purchase bagged mushroom compost ready for production. To create the conducive environment for the mushroom to grow well, I keep them moist and cool by watering them twice a day.

The production of the mushroom increase by 70% with my third loan. Thanks to Zidisha. Currently, I have three thousand old stock and nine hundred new stock of bagged mushroom compost. And I produce not less than $80.00 of mushroom three to four times a week. They last for three months after which there is need to go for another stock.

The edible Mushroom I produce is highly nutritious with a lot amino acids and easily digestible proteins. They are good for the immune system and for growing kids.

Ask Eunice a question about this loan project, share news and photos of your own, or send a simple note of thanks or inspiration.