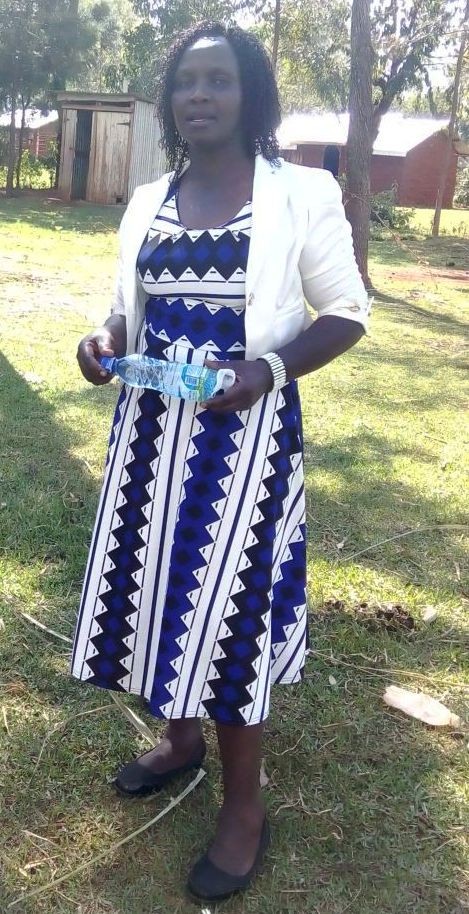 My name is Gladys Aswani, third born in a family of 5 (3 boys and 2 girls). Born in Bungoma County. I went in a primary school, later I joined Moi Girls Eldoret. After completing my fourth form, my father died and that’s when problems began because he was our bread winner could barely feed our selves. My sibling were forced drop out of school because no one was paying their school fees .I started searching for a job and that is when my late father’s a friend took me in and employed me as a supervisor in his livestock/Poultry business. With the experience I gain in that business I was able to start mine..

I started Poultry farming 2 years ago with a capital of Ksh2000.00 I saved from my previous employment. I chose these kind of business because it’s easy to do and also it has a ready market. I use the profits to by more chicken and also to pay for my children school fees. Besides from doing poultry business, am also doing farming, I have grow Spinach, Sukuma Wiki, Cabbages and onions. I also grow several traditional vegetables as well as they are often in demand. I sell to most vendors at a wholesale price.

If the loan is granted, we will expand our business by purchasing more chicks, this will ensure that we have continued stream of cash current stocks of birds are sold off. We will also have to buy an improved jiko which will give warmth to chicks especially on this rainy season. This will bring more profits and I will be able to pay for the loan and school fees for our children and other necessities and also reinvest in the business.

Ask Gladys a question about this loan project, share news and photos of your own, or send a simple note of thanks or inspiration.