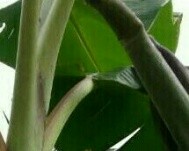 Seeds and livestock for my mixed farm

I am priscilla coffie, i have attained 30 years, am fair lady. Tick tall as well. I Am from tutuka Oboasi in the obuasi municipality. We are seven and am the middle borne lady. I attained my primary at rc school. I learn how to trade after school. I went to Collins senior high school. I was playing netball for my school. Am with my wife and has given birth to four children. My husband is called Mr kwame kwakye samuel. Our first born is called kwakye Emmanuel. My second child is rexford Kwaku. I am into farming. I grow tomatoes. I grow Garden eggs. I grow pepper. I grow onion. I grow cocoa. I grow plantain. I grow cassava. I grow cabbage. I grow vegetables. I rear sheep. I rear goat. I rear chickens both the local once and the foreign once. I have only two labours who work for me in the farm. I work in the farm myself. My husband sometimes help me in the farm. My first born always weed the farm for me. My second help me to carry the vegetables to the house when we start to harvest it. I play netball because it is my hobby.

I started this business some years ago,I have been in this business for the past five years after completing my degree course.I offered agriculture as a course because i love rearing farm animals because my father was into it when i was young and so there fore i developed an interest in it. So after my tertiary i decided to go into rearing farm animals and growing crops. At first i managed to buy one female and a male pig which i used to start this business. I also bought a new land for cultivation of crops. Now i can boast of 8 male pigs, 18 female pigs and 17 young ones . Many people buy from me especially those who wants to be in my business.Also some restaurants who uses pork to prepared their food also buy from me which generate enough profit for me .Rearing pigs is a good business in my area the only small problem in my business is the feed we used in feeding the young ones. Is my dream to have more than 100 pigs near future. I have bought a new land for cultivation of farm.

Ask Priscilla a question about this loan project, share news and photos of your own, or send a simple note of thanks or inspiration.