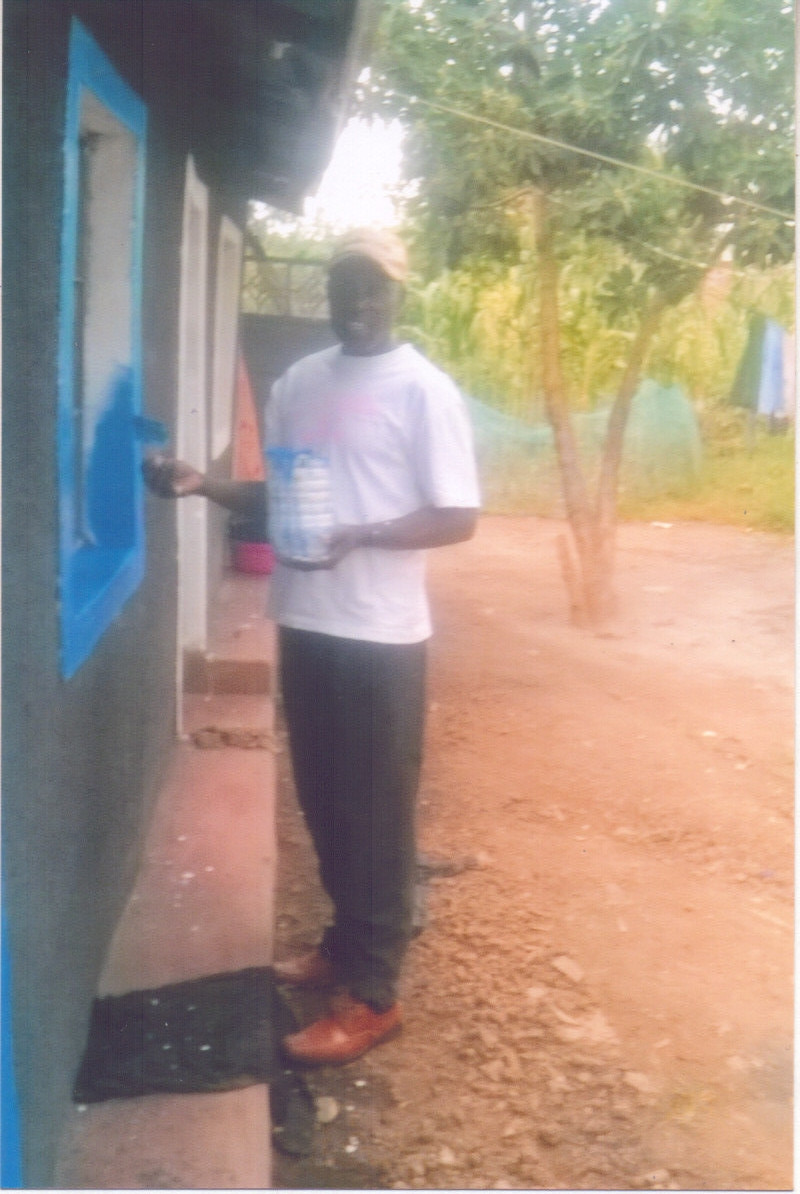 i was born fifth in afamily of six when i was barely 2years my father died .leaving my mum to bring up a family of six boys as a single mother. isat for my kcpe in the year 1990 and joined ahigh school in the following year after four years i sat for my kcse in the year 1994 it was not easy for mum to pay for school fees of three of us who were in secondary school given that she was jobless during vacations we could be hired to work in peoples farms atleast to raise school fees .after going through all this i managed to score amean grade of c minus .after finishing my secondary education i had no other choice other than joining the transport indusry to work as atout given that i had no training i worked as atout for aperiod of 5years in between the 5years i also enrolled in college to study accounting that is CPA COURSE after completing part one of CPA successfuly my mother died it was avery difficult time for me and that incident forced me to drop out of class that is to say icould not continue with my studies anymore.i stayed in astate of confusion for one year before i came to terms with what had happened and immediately made a decision to go back to the matatu industry and work as atout for like two years before i made adecision to start up abussiness at this time i had saved enough to enable me start a small ironsheets hotel bussiness.after three years of running that foodkiosk i decided to boost up my income by starting up the outside catering services such that we can be hired to occations like weedings,funerals,birthday parties,etc to prepare meals for the guests i found out that it was avery brillant idea because it responded so positively trully speaking bussiness is doing well only the challenge i have is the operating apparatus which i believe as i stay with u i will be able to purchase them so that i can avoid alot of expenses i normaly incure on hiring.this will save me from unnecessary expenses. on family matters i got married to my lovely wife in the year 2006 and we are blessed with two boy,s i,m avery close friend to my boys my first born talks of becoming adoctor when he grows up but the second born says that he would like to be business man .during my free time i enjoy going out with my family and make fun which gives as agood opportunity of bonding

presently i have arented hotel located in embakasi called classic hotel nearing pefa church embakasi along simbavilla baraka road my hotel is doing well i have 2 workers i n looking forward to expand more once i get finances so that i can increase my income.apart from da income fron hotel ialso give out outside catering services where we are hired to cook in functions like weedings,birthday parties.i chose this type of bussiness because from my childhood i liked cooking given that we were born only boys whenever i could cook and family members enjoy da meal i felt good even up to date whenever my customers apploud me i feel great. i buy raw materials from the big market twice a week and store them in the fridge.buying on the big markets enables me acquire them at wholesale price thus increasing my profits.i have two school going boys who takes an eighth of my business .profits as in school fees.i,m also planning to open abranch as re investment.i normaly buy fresh products from da market then cook in my hotel my hotel is based around aschool where mostly students come for food .i chose this kind of bussiness beacause since my childhood i liked cooking and also after doing reasearch i realised that there was no hotel around that area yet students used to walk long distance in search of food.as at now i make atotal collection of twelve thousands kshs against cost of eight thousands leaving me with aprofit of four thousands. i spend ten percent as school fees for my boys,spend 20% om improvement of the physical appearance of da hotel,30% is spend in our daily needs in da house and 40% for re investiment like as now i,m constructing semi permanent rental rooms in my plot back there in the rural which i believe once i complete they will increase my monthly income because i will have to rent them out to tenants at amonthly rent of ksh 1500 .this will enable me venture into more investment in the future and i believe through doing all this i will be growing

the loan i have applied for i would like to use it to purchase food warmers because whenever i go out for an outside catering service in functions like wedding i,m compelled to hire the warmers which has proved to be very expensive so if you help me to aquire my own then it will save me from the cash i give out as renting fee this will also increase my revenue