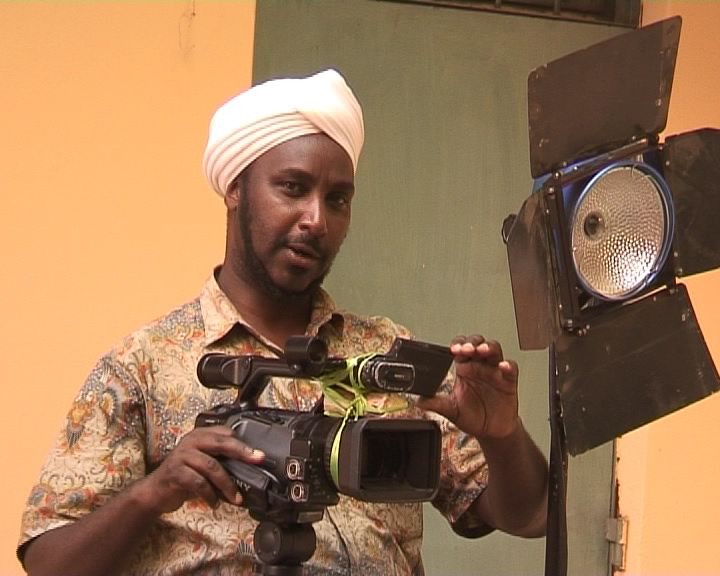 My name is Evans Maina Karanja am a kenyan by birth Married and have three children.I live in Ndarasha village Murera location in Juja constituency Kiambu county. I live in self owned house. I was born in Nyahururu and grew up there. After school I came to Nairobi in search for greener pastures. I love art and that is how ended up in film and video production business. It is through this business I have been able to save and buy a plot of my own and built a house in which I live with my family. My ambition is to be the leading film producer in Kenya working with both local and international artists.

I am the sole proprietor of Sisimko films which deals in video and film production. I have produced several local artists as well as my own artistical works. Recently I have engaged local Television stations who have bought and aired my films like drama series Penzi Kichaa, "Maithori ma ruo", Malkia Teli among others. These films fetch an average of ksh50,000( fifty thousand shillings) per an episode of fifty minutes.On production of local artists I make an average of ksh12,000(twelve thousand shillings only)net per month. My plan is to major in film production for TV market which is now very potential after the government policy requiring all local TVs to air minimum 60% of local production. This calls the need to acquire advanced equipments.

Dear Lenders,
With my third loan I am planning to purchase an additional professional film light. Lights are very crucial and key in film production in bid to produce the best quality pictures. Though I was able to acquire a film light with my previous loan, more lighting is required for better and standard filming . The acquisition of another light will give my production business more life and competitive edge in the industry as more of my movies will be accepted in any television station. I require to buy a blue head light of 2000watts costing approximately ksh 30,000 (Us Dollars 312.10). I therefore appeal to you to lend me ksh 38553 (Us Dollars 401.07) to assist me achieve my goal.
Thanking you in advance
Evans Karanja.

Ask Evans a question about this loan project, share news and photos of your own, or send a simple note of thanks or inspiration.