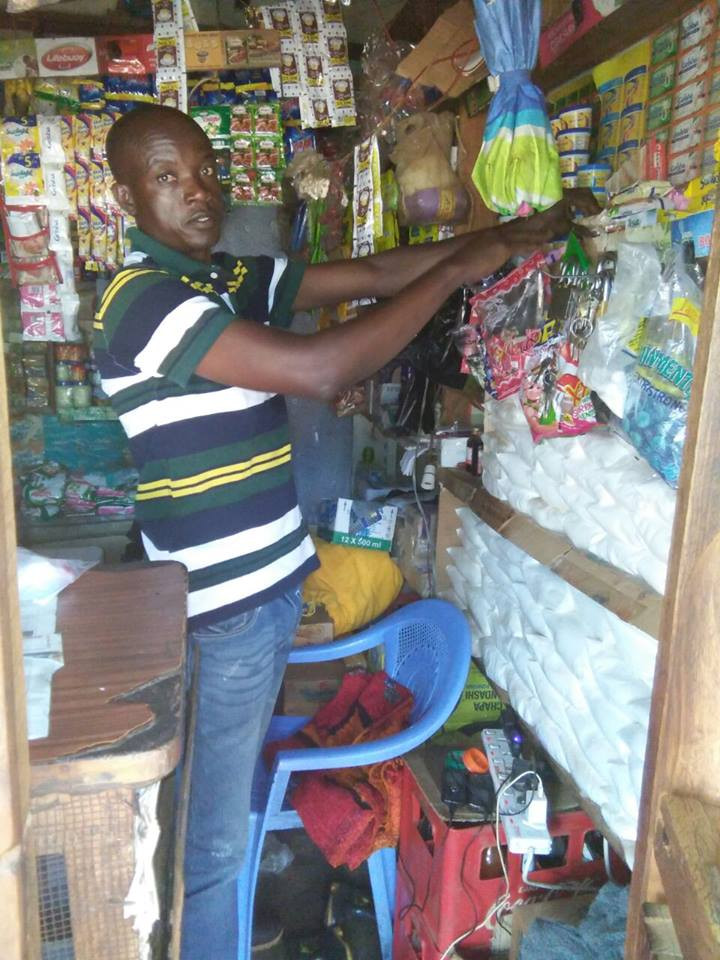 Am wilfred okoth from busia county to be precise burumba area. We grew up in the same area as siblings and now used to the area. am currently running a small shop to earn a living, this was generated from small savings that were saved after being employed in a certain car wash. It is very exciting where i live as many youths don't indulge in idling, they are work oriented,I have been blessed with two daughters of which one when she grows up she wants to be a dentist and the other one is not of school going age. Love being occupied with some thing to do, i hate half baked jobs (work.)

As described a above i run some small retail shop in my area. i sell things like floor, cooking oil,salads, match boxes , just to mention but a few. i chose this type of business because of the nature of savings i had gunnered from my previous job(car wash).i use my profits partly to expand my business and also for my family's up keep.

JOY to the world

Ask Wilfred a question about this loan project, share news and photos of your own, or send a simple note of thanks or inspiration.