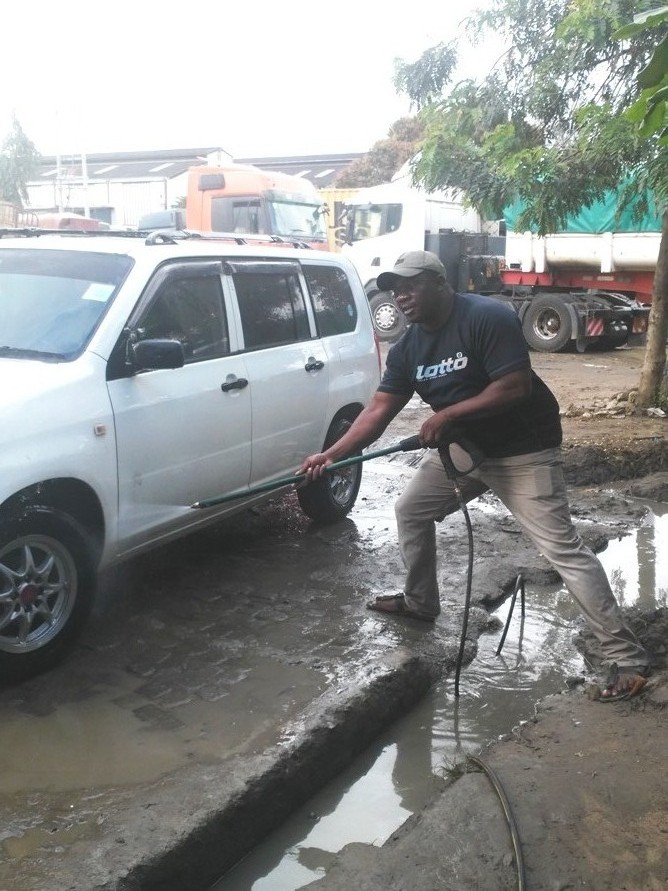 I went to a primary school in a remote village in West Pokot before joining secondary school in 1994. I later joined Moi University, Coast Campus before settling on doing business.
I have been in business for sometime, I started with a chicken sales, moved into poultry then started a car wash business. This is what has brought me this far, I used my third and fourth loans to start and stabilise the carwash business by purchasing a new machine.
I have also managed to buy new tires for my cab and service it regularly because it helps me in paying Zidisha loans.
I still look forward to getting a second car through a loan. With car hire, I have been able to make up to Sh3,000 on a good day in Mombasa.
I plan to use my next Zidisha loan to put up a spirits business in Malindi and open up another carwash business in Lunga Lunga, at the border ok Kenya and Tanzania.
I know this will earn me some better income to be able to consistently service my loans.
I believe if I complete this loan then I will be able to own a fleet of cabs as time goes by.
Once again, many thanks Zidisha team.

I am happy to have completed repaying my previous loans,this my sixth loan,successfully paid.I have already rehabilitated the building where I plan to set p the wines and spirits business. It is a very strategic place and I am quiet sure I will be able to repay the upcoming loan just like I did with the past ones.
I plan to invest Sh70,000 in the opening stock and later top up another Sh30,000 to give it a Sh100,000 worth opening stock.
I plan to use the balance from the loan to do a few legal requirements, especially the paperwork. Wines and Spirits business is quiet lucrative and I believe it will subsidise my income on the taxi fleets.
business.Once again,i believe it's doable and with Zidisha, financial discipline is the order.Thanks

I plan to service my cab buy purchasing new tires, battery and shock absorbers.
I will also use the balance$ 300 to buy stock for salon and barbershop. Part of this will go to paying a down payment for a second hand carwash machine.
I believe, having completed repaying my fourth loan, i have what it takes to repay my next loan.
I must thank Zidisha team for the support and trust.
Regards.

Paul opted to pay $107.96 into the Zidisha Members Loan Fund in return for a higher starting credit limit.