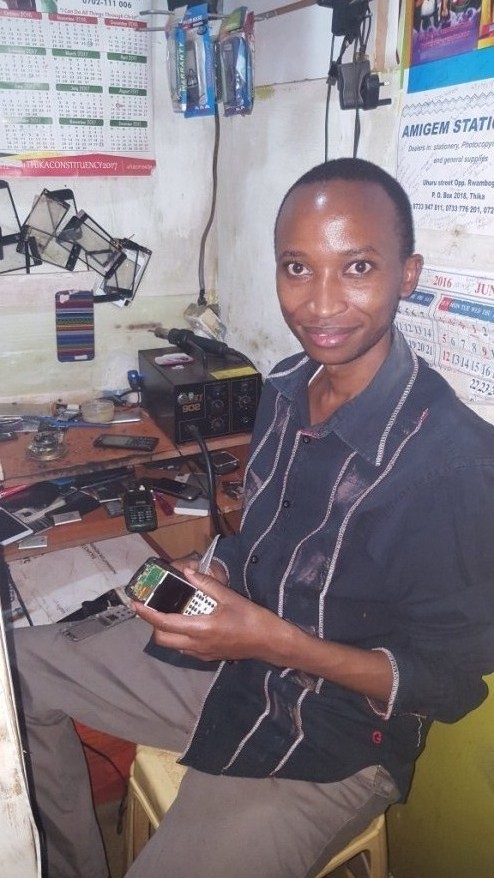 I am the last born in our family of eight. I grew up in the country side in the central region of Kenya where i started my basic education at the age of six. Since my home is next to the local school at a tender age when i joined nursery school i used to think the school was part of our homestead. After eight years i did my basic primary certificate exam and proceeded to a local Secondary school where i later sat for my secondary certificate exam.
After achieving my secondary certificate i couldnt proceed to the next level due to financial difficulties. I therefore started performing as an actor in our local institutions including churches, schools and in other functions. I also trained
young kids in acting and music at our local Presbyterian church. During that duration i went on with very much difficulties since i mostly volunteered going on without a pay. At some functions which i acted for payment i could wait for months to get my due only to note that i was corned.
During the time i was training young kids in music i met a well wisher who helped get an employment as an elementary school teacher. This is where i was able to save some money to pay for a mobile phones technician course. After completing my course I was employed in Thika town as a technician. Two years later i felt i had enough experience to open my own small workshop. I therefore proceeded to rent a small shop near Thika town main bus stage where i operate.
I also run a wifi hotspot in my shop that was intalled and I was made an agent. I am paid in commissions each and every month.

After completing my secondary education, I can count several areas where I had tried to invest, that is from farming, bakery, hatchery to films and music production.

I have now gathered enough experience in several fields after going through alot like in the year 2018 I tried a hand in farming and had about two acres of cabbages. I counted total loss but I now boast of experience.

In phone repairing business that I have now done for about ten years I know where the meat is sweet.
I get my income from servicing and also mainly from selling phones spares.

I would like to open another shop somewhere else.
I have viewed that the place has a potential to accomodate and sustain that business without much strugling.
The place has a capability of accomodating about two workers comfortably.
We shall be dealing with mobile phones repair, selling phones spareparts and selling phones accessories.