To buy feed for my sheep 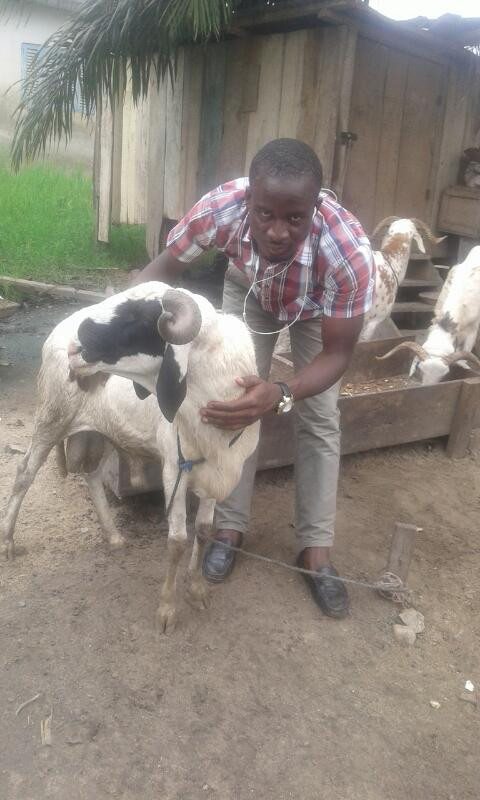 Am YahAya Yussif a native Tanina, suburbs of Wa. I schooled Tanina primary and Junior secondary. I wrote BECE exams in 2003 ,by passing the exams, I was place in Wa senior senior High to do General Arts as a student . I left Wa secondary after writing my final exam in 2006.In 2009 I got the opportunity to study HND Entrepreneurship and Finance at kumasi polytechnic. How to put thing together to pay my admision requirements was one of very big chellenging I ever face. So part time job was the only option available to me if only I was interested in the school. Business creation was part of the programme. This makes me develop passion for animals.

Am in to animals farming, thus sheep rearing and it very profitable because of it numerous uses and benefits it has to society . this includes raditional retuals by the traditionalist and Muslims also uses it for their religious purpose .all this makes the business more profitable and encouraging to undertake.
I developed interest for animals as a child growing in a village where by taking animals for gracing was always your duty , so i admires working on my farm. Apart from the sheep's, I have also attached Rabbit rearing to the business. With the rabbit, it's need a lot of time and effort in order to cater for them well. Now there is ready market for the Rabbit, which am told cost between ghc 50 and ghc 60 per one depending on the size. fortunately for me all the three Doe I bought gave me a totally ( 18 )kids, Am so lucky to have such Does which has given me this wander full figure. I have added mobile money transfer to my work. At side the time consuming, financial is demanding. Because am no more in the village where animals are send to grace outside, in the cities the law does not allow it. in mean you have to confined them. this increases your cost feeding them. U buy your feeds all the time so this increases your production costs.

Feeding the animals have been a challenge now because we are now in dry season . So we don't have any options but to buy thear feeds every day . It cost us $ 20 to $50 to feed them every week. So if my request is been attending to, it will help me alot in the purchase of the feed

Ask Yussif a question about this loan project, share news and photos of your own, or send a simple note of thanks or inspiration.