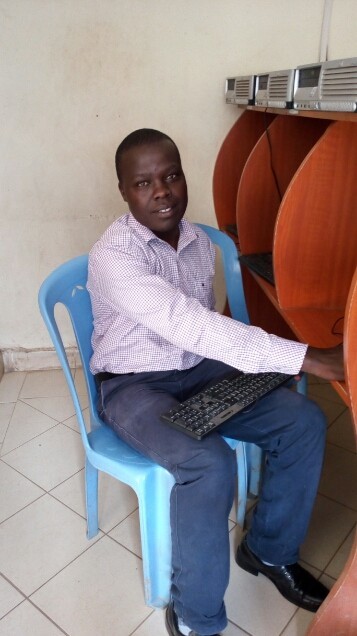 my name is Samuel ombongi morata, am a Kenyan citizen living in Nairobi which is the capital city Kenya.
I come from kisii county, Nyamache district, Nyamache division, Bass central location and Emenwa sub-location and bonyang'ande village.
I grew up in poor background whereby my parents struggled to provide our basic needs. I was born in a family of six sons, me being the first born. I started schooling at a nearby primary school and managed to attain a mean grade of c plain, my parents were doing farming to genarate income for my school fees, i stayed one full year do to luck of fees, then later i joined a nearby secondary school and i attained a mean grade of a B-,then there after i was supported by my uncle who is a brother to my mother, and i joined college in Nairobi where i pursued diploma in Electrical engineering, I attained a credit pass, i graduated a year 2010.year 2011 i was employed as a technician in kalolwanga Engineering, i was earning 9000kes per month, there after i was married to one wife and we were blessed to have one daughter.

Due to increased responsibility to cater for my family, the amount that I was earning was too little to cater for the needs in my family.
I decided to start a small business of a photocopy shop, I expanded further and added a studio for photos and passports, and also selling of movies .

In the recent days this year i had visited upcountry where i come from, i was shocked to find that milk has become a gold of its own, we used to buy milk at a cost of 10 kes but when i went to buy milk from my neighbor i was told that the cost of milk has gone up three times, therefore i bought milk at a cost of 30kes per cup.
when i came back to acity i was challenged and motivated so much by the opportunity of generating income at home, i collected money like 4months and i went back home, i bought one grade come at a cost of 45,000kes ,this cow produces milk for family consumption and they sell the surplus to get money every day.
Through this journey i was challenged to change my mind set that job opportunity is only found in a city but also in upcountry. Therefore am looking for funds to buy three more grade cows to venture in dairy farming.
This is the quotation for my project .
one costs 35000kes by three =105,000kes.
building a small house for shelter costs =20,000kes.
Buying drugs for preventing of diseases for the cows costs 10,000kes .
planting grass for cows costs =20,000kes
water catchment area structure costs=30,000kes.
loan applied =170,826kes.
Deficit 185,000-170,826=14,174kes.
please lenders, this is my humble request to you that you find time to look at my loan proposal and fund it. again let me remember that you always kind and so generous to me whenever i bleed to you. i will be so glad to see my loan fully funded, your previous support has made me to reach this far, thank you so much, God bless you.