To purchase bales of clothing to resell 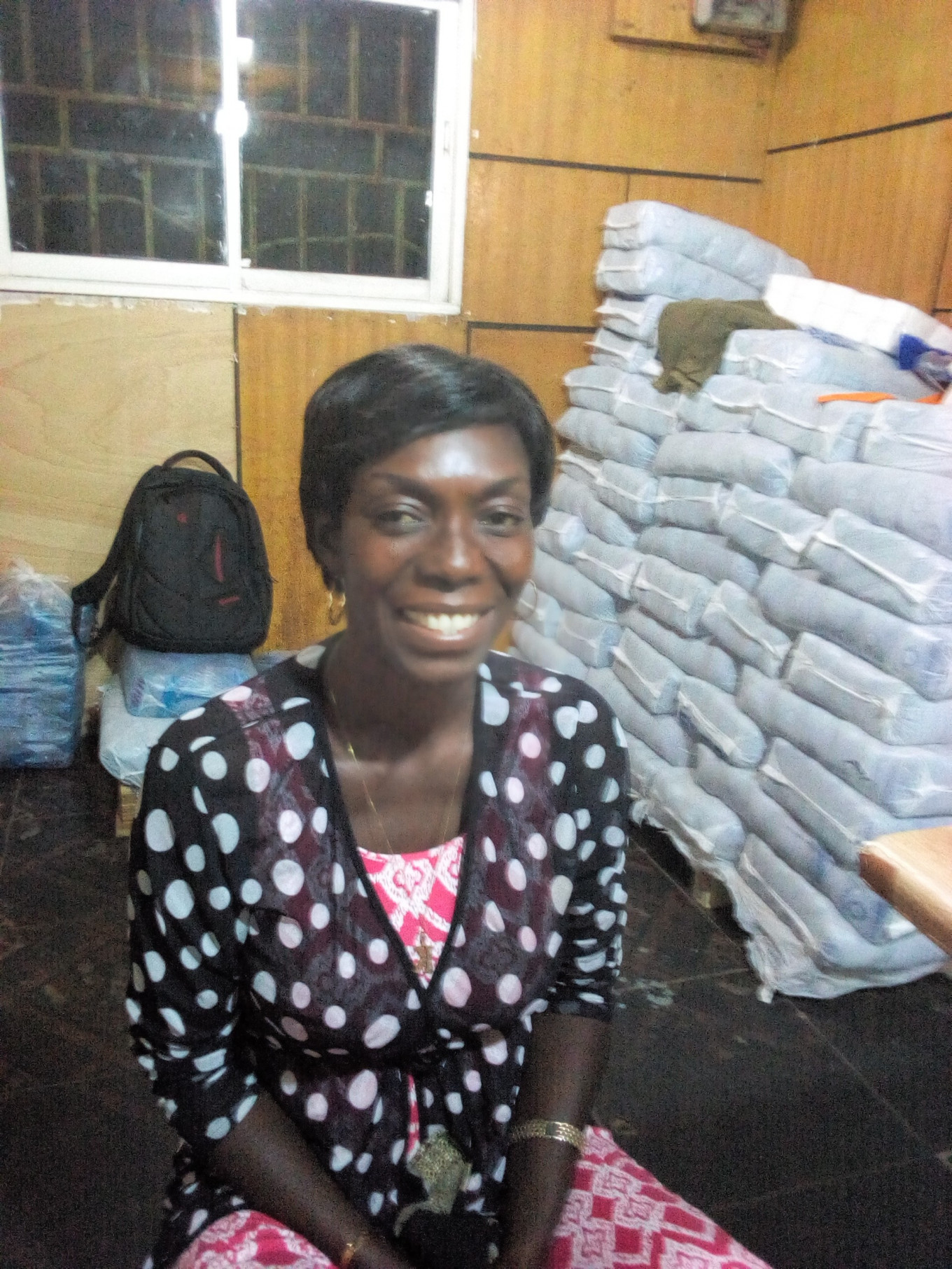 Christiana Aleke is my name, born on 22nd December, 1971. I am forty-eight (48) years old completed basic school in a village within the Akwapin north district of the eastern region in the republic of Ghana. Both parent were subsistence farmers. Due to the fact that my parent do not have money to let me further my education, I was married off when I was 21 years old.
Currently, I have four children (two boys, two girls). The last two a boy and a girl were twins. I am currently, a single mother. My first born is in the third year at University reading Mathematics and Statistics. My second born has just completed secondary school waiting to go for further studies, and my last born the twins are now in second year in secondary school

I buy and sell second hand clothing, bottle and sachet water, canned drinks. This is a business I have done for the past ten years. Sometimes I buy goods on credit sell and pay the suppliers at a cost higher than buying directly from the suppliers and wholesalers. Small profits I get I used it to pay my children's school fees, provide food, clothing for the family and paying of other bills.
With the assistance from Zidisha lenders, I am able to secure a market store now, with this, now I can buy more goods directly from the producers and wholesalers now and then supply to the nearby towns and villages and sale to retailers. At the moment, I am able to employ shop assistance, and I am hoping in the near future, I can still employ more hands in my business who can also earn some income from my idea for my better living.

Having paid my previous two loans well, I intend to purchase bales of clothing (both children and adults wear) for sale.
I plan to use the to buy bale of clothing for $250
Cartons of bottle water for $ 100
In all I need an amount of $350 to purchase stock for this season to sale

Ask Christiana a question about this loan project, share news and photos of your own, or send a simple note of thanks or inspiration.