Tuition for degree in Business Management 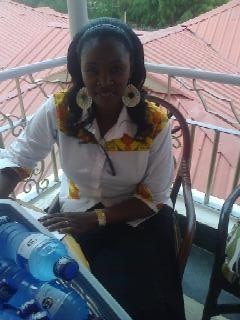 Hello! My names are Fridah Nzisa Lorithae, Nzisa is a name given to me by my grandma which means' worship'. As the first born of five siblings am the first born. We were brought up by a single mother and life wasn't easy and it led to school drop out at the age of seventeen years old. My mother's friend who owned a saloon took me and trained me on hair dressing models and beauty after which i had to work on her salon for one year to pay her back.
At the age of twenty one i got married to a husband from a different tribe from my own tribe. As a hair dresser by profession i started my own salon from a capital i received from my husband which i run partly as i further for my studies.
My husbands county is located at desert part of my country. Life wasn't easy and i thank God for my Husband who took me back to school and started from were i dropped from to a Diploma level.
Right now am looking forward to pursuing for my Degree Course through boosting our small business from the loan am applying for and use the profit from it and be able to further for my education and pay back loan.
My heart's and my dreams are to get enough education ,better job and be able to support my three young children's, my husband's Car washing business and my community at large.
The culture of my husbands family girls get married at tender age by aged men against their will. I would like to support this girls for most of the time they can not embrace the situation and they decides to run away, the most hurting part is that they have no were to run to. I have accommodated some but due to income shortages i can not give them the support i would like to like taking them to a technical schools or training. Am a choir Mistress in the church i fellowship and a praise and worship leader.

I my self do hair plaiting as well as a director to a car wash business we own. Ladies can not do without doing their hair and beauty . This services are required in and out the seasons. We offer vehicles and motorbike washing services whereby the business is doing well. The profits we get from the two business helps us with our daily needs, educating our three angels and my self, reinvestment in growing the business among other requirements,.

Due to increase of income from our business have enrolled to university where am taking Bachelor in Business Management. Was able to raise the first semester fee but the second semester am facing some challenges raising it.
I kindly request for your support and thereby post a loan request of 1,000$ which would take me through two semester and my business will be safe or not exhausted.

Fridah opted to pay $115.18 into the Zidisha Members Loan Fund in return for a higher starting credit limit.

Ask Fridah a question about this loan project, share news and photos of your own, or send a simple note of thanks or inspiration.