A helping hand for my brother 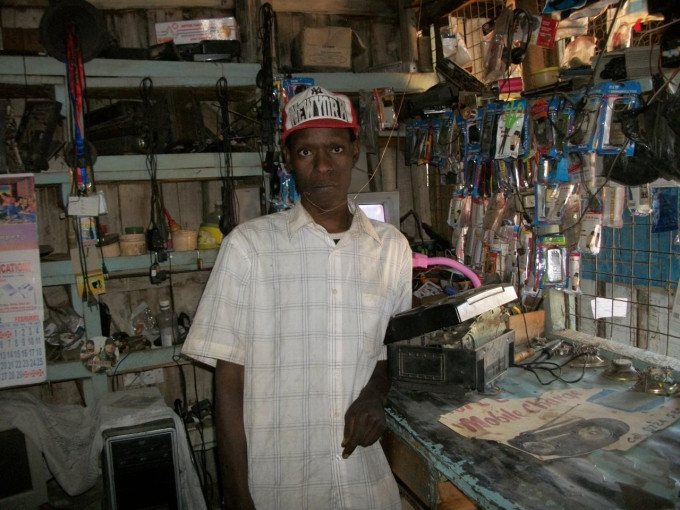 I am married with 7 children. Six of them are schooling. I live in Kiptangwanyi in my own piece of land. plot number 52. I started the business of repairing radios and televisions back in the year 2000. This is where I have been earning my daily needs and that of the family. I rely 100% on this business in order to feed my family and also to meet their basic needs.

my business entails the services of repairing radios, televisions and mobile phones. My business took another turn in the year 2008 where I started repairing mobile phones. All throughout I have only been repairing radios and television. This introduction of mobile phone repair increased the value of my business and also the number of customers that I previously served increased. There is very highdemand for my services in this area as I had already established a good relationship with most of my customers. the main challenges that my business encounter are high cost of electricity and increased prices of spare parts.

dear lenders,thank you for this opportunity to have another loan.in this loan i want to open another spare shop which will be managed by my younger brother who was left a lone by my parent after thy pass away,he completed secondary education last year 2013 and pass well but without money he will not be able to join university,but i plan ,the payment from the spare shop, i will keep it until enough for him to go to university,and because i am the one who will be collecting the money so that i can be able to pay the loan in time and also save for her education as he don't have any body to look to. as our parent no more, only you lenders and GOD.I AM PLEADING TO YOU TO FUND ME SO THAT I CAN STOCK THAT SPARE SHOP for my brother to have something to do at this time.thank you all