Boosting/restocking my business of selling towels 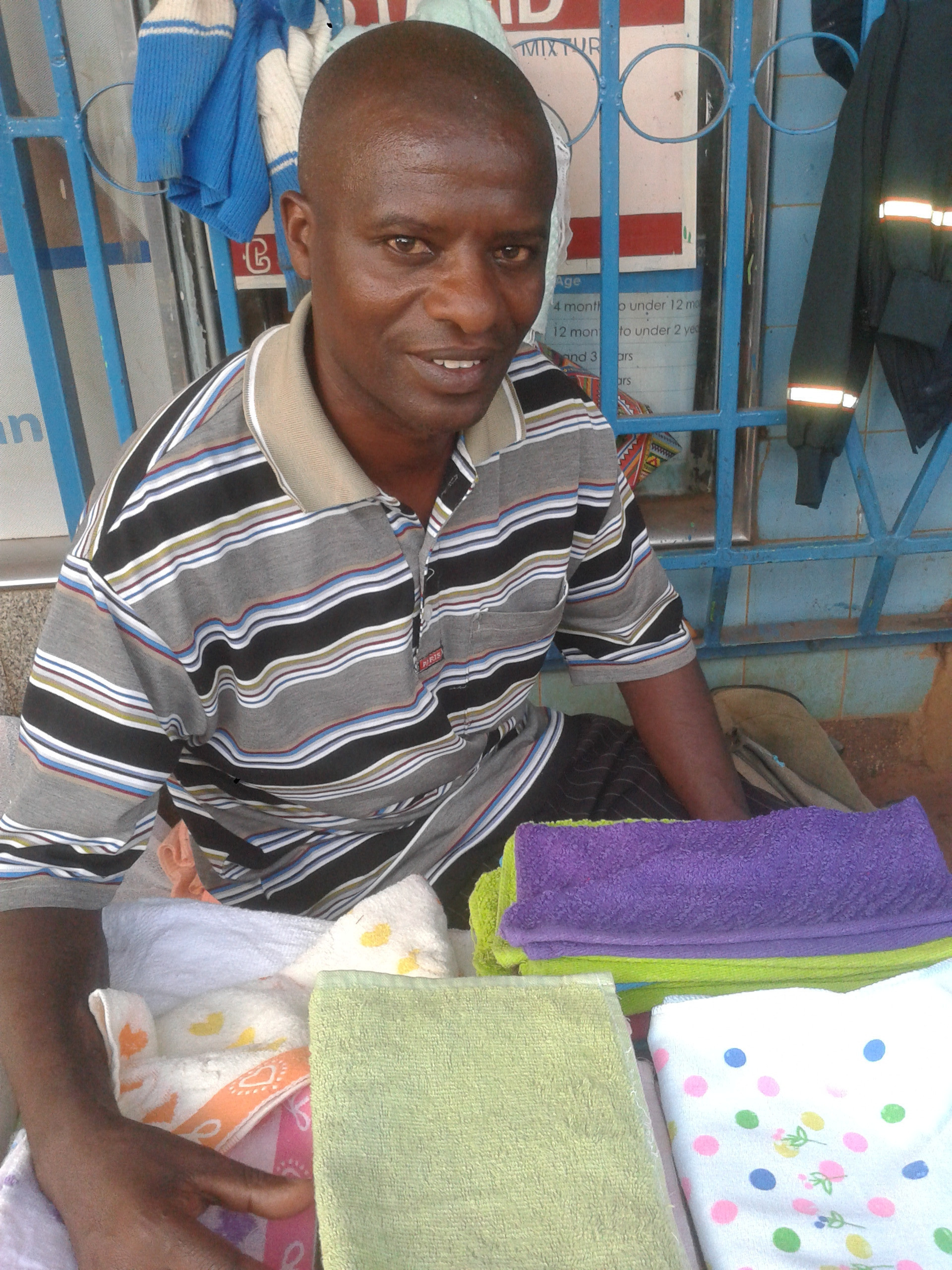 I reside in Nairobi, Kenya. I run a small, informal business which provides me with an income to cater for my family's day to day needs. I got into business when I was laid of from work. Sourcing for capital was a major problem especially for 'small' people like me i.e in terms of ability to source for securities for loans. Luckily, Zidisha Inc came along and it has been a major help. It has continually assisted me with money to boost my business. Many thanks to Zidisha and my kind lenders.
Of late, I have entered into environmental conservation by planting tree seedlings and giving them out or selling to community groups for planting and conducting public education on the need for it. This I do during my free time.

My business is located at Kahawa Estate, Nairobi, which is a large residential and business estate. I sell domestic towels namely- face, kitchen, dish clothes, for saloon, bathing and for general purpose. I choose this kind of business since the many people around me will be in need of the kind of products that I sell. I have a small stall from where I display and sell my ware(s) from. This is usually in the afternoons when people are going back to their houses or moving from their business/work. In the mornings, I usually deliver supplies to my customers or display/hawk my stuff in areas outside my locality. Since I display my wares in the open, I only do so for a small part of the stock. I buy enough that I know I will manage to dispose off in the shortest time possible to avoid dust/dirt. The past three months have been rather low in sales as circulation of money has been limited as it has been a dry season. Short rains have started and Kenya being an agricultural country, money generally follows the rains. We are also getting into the holiday season and demand for my products will rise hence sales will be high.
Through my business, I have managed to pay for the upkeep of my family and meet my/our daily financial needs. I have also managed get some capital to venture into tree planting, which is a worthwhile activity towards environmental conservation.
Zidisha has generously assisted me, and I have managed to expand my business and reach more customers.