Bales of second-hand clothing to resell 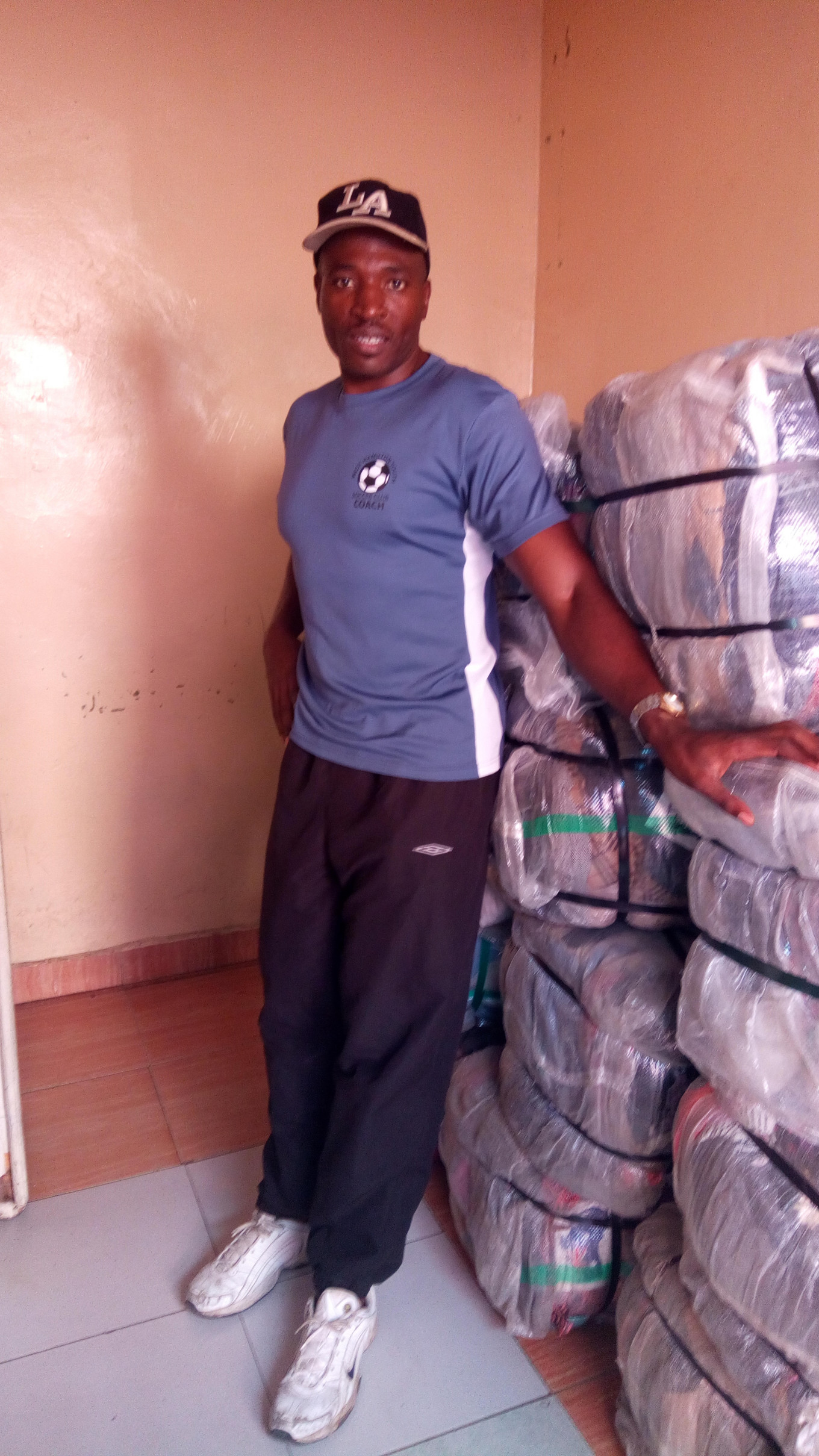 I was born and raised in the village, my father was a tailor my mother was a farmer. My father decided to re locate to greener pastures, he did that and we gladly went, we stayed in our new location for some years and my dad convinced my mother to sell the land again. The land was successfully sold and my dad took all the money drunk it all an we remained landless,we went to stay with relatives without or dad we dont know where he went. At seven years with my three siblings and mother,my mother gave me to someone to look after their cattle! i did not know how much i earned because its my mother who took the wages for upkeep. My uncle heard of our story and took upon himself to educate us,i was lucky to continue with school to secondary. i did menial jobs to sustain myself i could not get a nice job becouse my form four certificate had been withheld due to fee balance. I was able to clear the fee afterwards and took the certificate. I had a fiancee who helped me a lot but two days to my wedding my father who had come back committed suicide! nevertheless the wedding took place. Right now am married and have two children.

After marriage, i relocated to Nakuru where i began a micro business which never did well though i held on it, i was later sponsored to go to bible school for two years and graduated with a diploma. Right now iam iam doing partime as an insurance agent with British American Insurance Company. It is a good job but so many challenges of getting clients and sustaining them. iam also pursuing another diloma in Transformational Leadership in the local church. Iam currently the prefect of the class and a group leader in our small home bible study group where we meet once a Week. O once again come to appreciate the zidisha organisation for changing my life, I was able to pay my collage fees and even ventured in business which I began early this year, the business is doing well but some time I run short of finances this is the reason am requesting for another loan to help me expand my business.

Dear lenders, I take this opportunity to sincerely thank you for being true partners to help me take my business to another level.
I have been in supplying of dresses and suiting materials.
The last loan I took I began selling bails of second hand clothes. This business is good and I have decided to fully venture in it. Second hand clothing is a nice business in our town in Nakuru. I have received orders from various clients who come from far so as they sell in retail, this loan will enable me to buy more bails of second hand clothes to satisfy my clients and also make profits.

Ask Timothy a question about this loan project, share news and photos of your own, or send a simple note of thanks or inspiration.