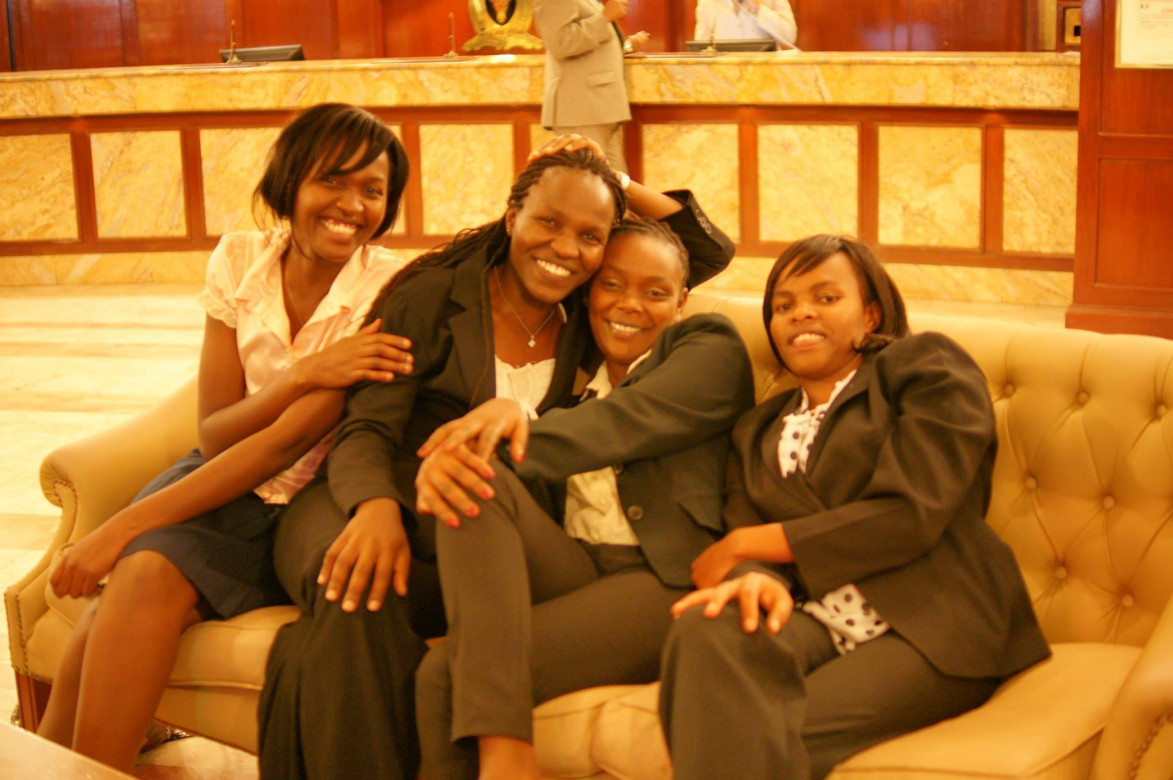 Am ruth nganga a sister to catherine and moses nganga and my parents mr and mrs samuel nganga, life in kenya is generally balanced not good not bad,
i went to nyeri girls high school before taking a diploma in fashion desigh at kirinyaga college after college i went back home and good enouh my wonderful parents had planed on what i will do after school so they helped me advance my skills by getting me a job in nairobi at a family friend company which deals with fashion and desighn.
I dint have experience at all so i was introduced to a team that helped me and after two months i adapted to the changes and began making my own desighns.
i like spending time with friends and looking at magazines especialy once that have clothing contents.
my sister and brothers are in school it will be a honore for me to be a role model to them so i try as much as possible to achieve and surpport them in what they will want to be.

Am employed at sketchers company as a fashion designer i draw clothing sketch and suggest on the materials to be used the a team which does folding and finishings takes over the rest.
Am paid in commision so the more the sale the more i get at the end of the month.
in a good month i make 22000 kenya shillings which i use as my transport and upkeep after small savings of 4000ksh.
the cloths we make are sold to boutigues around town and its outskirts
i love my job like the picture in my profil is a ladies suit that i did the desighn last december.

I appreciate the previous loan it helped me a lot in buying a Juki sewing machine, At first i did not make money from the business but as my mother got used to using the machine i started making money out of school uniforms orders that i received from a nearby primary school.
Granted the second loan i will use it to buy additional clothing materials at a cost of 100 us dollars, I will use 23 us dollars to lease and open a small shop in town, 20 us dollars to do some shelves set up and 20 us dollars to do painting and advertising the shop.
So that the business is permitted to run i will use 25 us dollars for license and 5 us dollars will save so as to have some cash in case of any necessary need that will a raise.
I expected a profit increase of 50 percent after the business picks and as for the loan repayment i will continue to make small deposits from my monthly income.
This business will be managed by my mother who is now good in sewing.