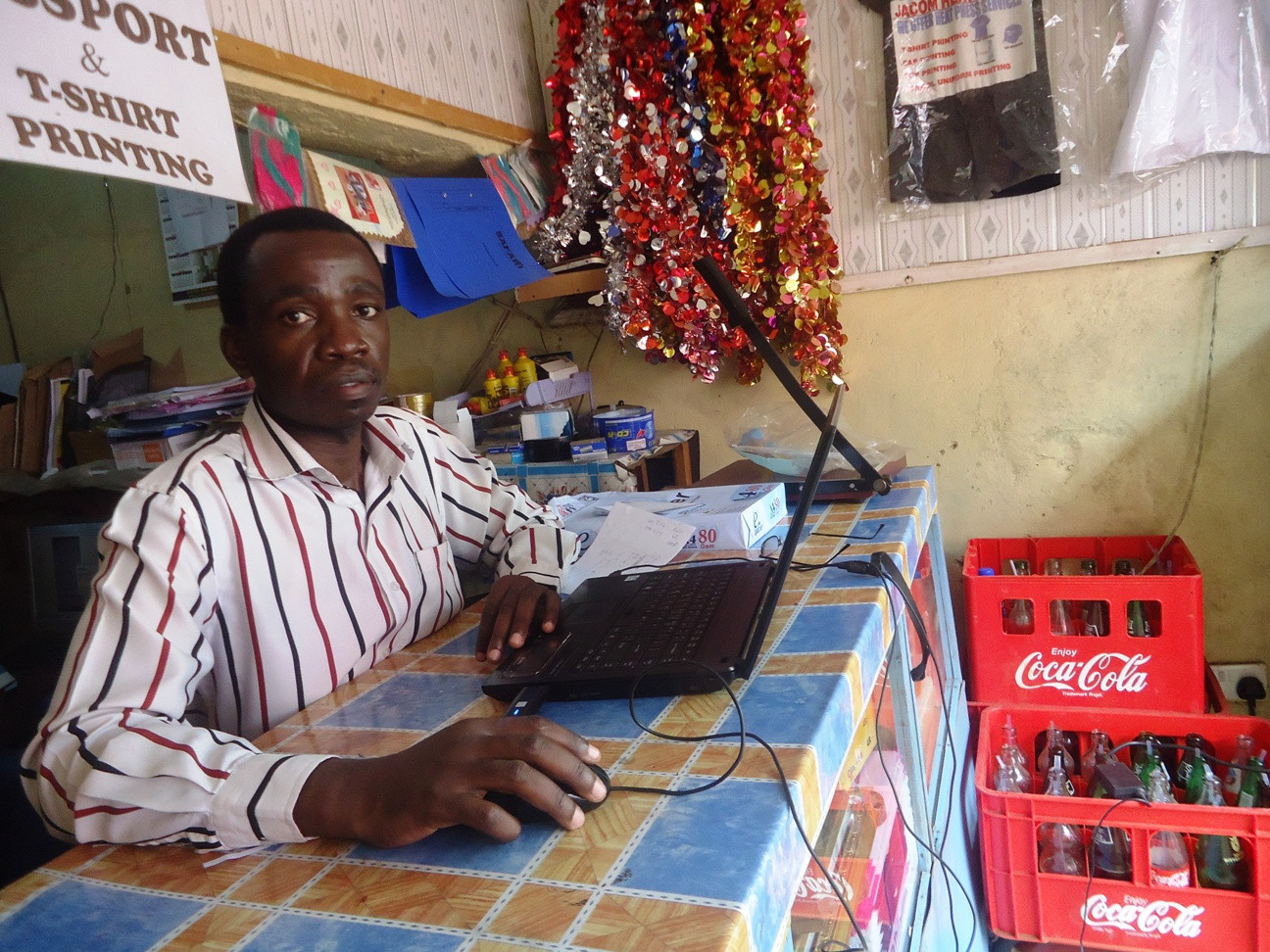 I was born in Nairobi, in the slum of Mathare. I joined Mathari primary school in 1981. I was later enrolled in Eastleigh High School and Nairobi Institute College where I attained Diploma in Draughtmanship. I worked as a draughtsman until 2013 when I joined my wife who is a trained secretary in our family business. We have two children one in primary school and the other in secondary school. Both would like to join us when they finish school. Currently we leave in Mwea. This is a rice growing area under irrigation. When not in work I do community work and reading.

We started our business in 2010. We offer secretarial services i.e typing, printing, design of wedding and birthday cards and selling stationeries. We have currently started shooting passport photo. We decided to venture into this business after identifying the problem facing the residents: most of them are not learned. For instance some bring documents written in English to be translated in their mother tongue for them to understand. Our profit is currently 60% of our purchase which is approximately 480dollars per month. We use our profit to pay our family bills including school fees for our children and expanding our business.

With introduction of heat press services in my business iam planning to by sublimation heat transfer papers.
Dark fabrick papers 208pcs at 1$=208$, Light fabrick papers 200pcs at 0.7$=140$, Sublimation ink 12pcs at 2$=24$ and 10dallars transport fare to go Nairobi city to purchase and deliver them to my premises.
Heat press service is common to my community but not an available service at my locality. I do branding of T-shirt, games kit, cups and school uniform. This will bring the service near to my community.
I expect my profit to increase by to 6%