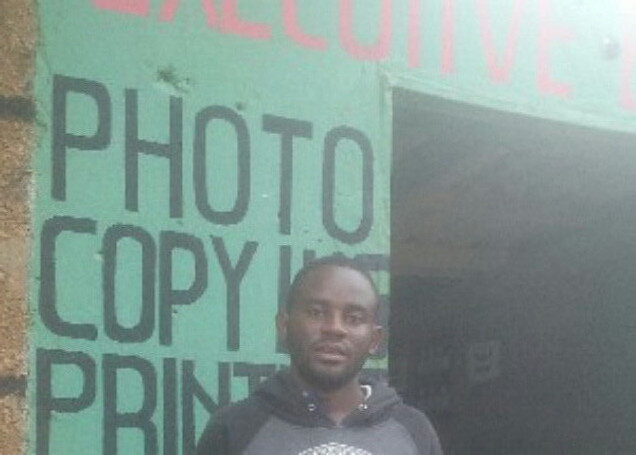 iam a business minded and oriented person. Ever since i was young my dream was to have my own business. In secondary school i used to sell gadgets like phones and computers and the money i got from the sells i was able to save and after i completed secondary school i was able to use the money i saved to open up my own internet cafe and enter into poultry business. Eventually i started mobile money business which iam still doing now aswel as stationary. The businesses iam doing also helped me through college and further my studies after college.

i run a mobile money business, stationary shop and internet cafe. The internet cafe business helps me get additional income through the lecturing of clients who want to learn about the basic knowledge about computer application. Most of my clients are persons who have completed school who are eager to learn computers. others are business persons learning computer to gain knowledge that will help them in their business. in the cafe i also sell food stuffs and i have a stationary shop aswel. the money i get i use it to support my family and further my studies.

I wish to buy chickens and feed for the chickens with the loan money. Their is business for chickens and demand from restaurants, markets and homes is high so i want to take this opportunity to so poultry so as to provide the many customers who need chickens. In addition to selling chickens for selling to markets, homes and restaurants, the other chickens that i wish to buy with the loan are layer type which produce eggs and so i wish to keep them too so as to have double the profit from the sell of chickens as well as eggs because they are all in demand each day.

Knowing how the economy is performing now i know it is difficult for any business to perform to its expected maximum point, but for me i have got other businesses like mobile money and printing shop and internet cafe which give me something in a week and with the money am able to pay back the loan easily without difficult.

Ask Nkole a question about this loan project, share news and photos of your own, or send a simple note of thanks or inspiration.