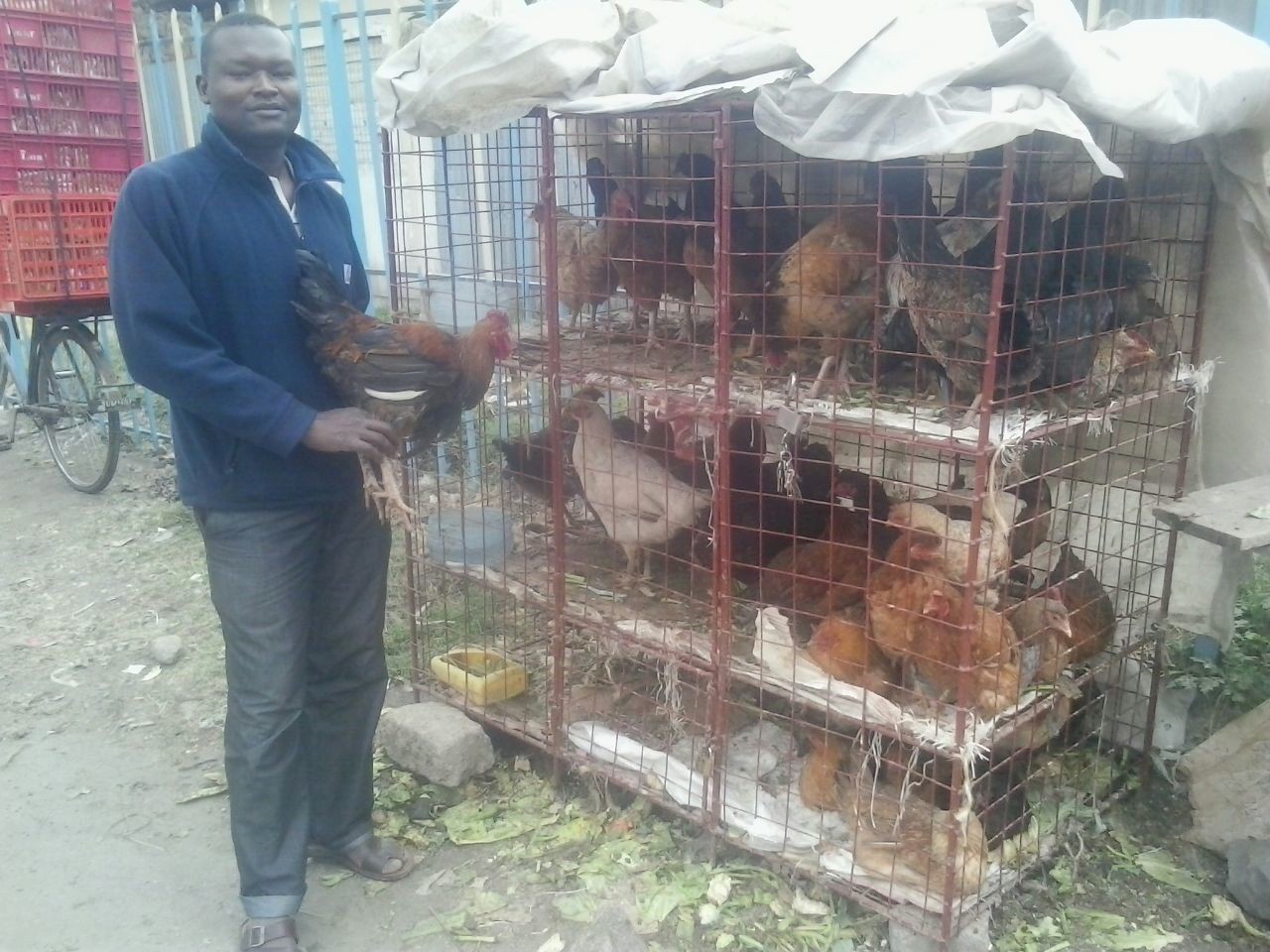 Thank you for the opportunity again.
I come from a family of 4 and i am the first born. Being a first born in a family some times is a challenge since you are the pace setter to your siblings. I completed my secondary school education in the year 2007 but unfortunately i did not proceed to further my education. I got employed in a company where i worked as a casual worker for 3 years. I managed to raise small capital which i used to venture into a poultry business. My country is an agricultural country were agriculture is the main source of income to many citizens. I am a father of a baby boy who is turning one year old. i would like my child never to lack anything in life and give him the best education which i was not able to get

My business is a poultry in nature. I buy and sell chickens to hoteliers in Nairobi. I also sell to people for domestic consumption. I realized that this was untapped opportunity in my area since suppliers were very few. Also farmers used to struggle when it came to selling of their mature chickens.
I became a bridge between the farmers and the consumers since most farmers are from the rural area and were unable to access the market in the city.
Averagely i buy and sell 50 chicks in a week. This usually cost me averagely 30000. The revenues are between 40000-45000. I was the profits realized to increase my stock. Sometimes i keep my stock therefore i am supposed to buy some feeds as i wait for the market.I also use this profits to pay for my bills and take care of my family needs. i will use the profits to expand my business to a higher level

I will use my loan to upgrade my chicken storage facility. I have been using a makeshift house but i would like to upgrade its standards. The cost of this will be approximately 5000USD. As a results, customers will be more satisfied with my services which will translate to more customers.
The remaining amount will be invested in stock to enable meet the clientele demand.
I expect my profit to increase by atleast 20%.