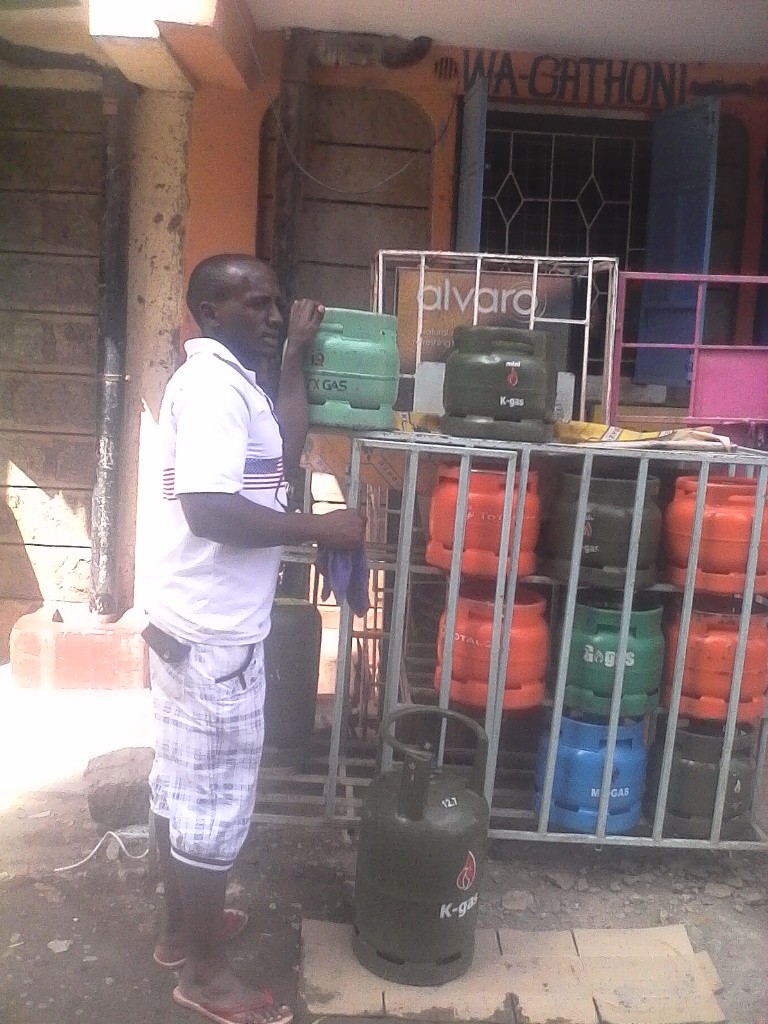 I was born in 1985 in Kiambu County.I started my primary education in the year 1992 at Kanyore primary School up to year 1999.In the year 2000,i joined Mukuyu Secondary school up to year 2004.In 2005,i joined Thika Technical training Institute where i studied Certificate in Mechanical Engineering.I joined Jua Kali sector in 2008 up to the year 2010.I left Jua Kali sector in 2011 and started a small kiosk from the loan i took from Kambaa Commercial Agencies and the savings i had.I am happily married and blessed with a 1 year old lovely daughter.

My shop consists of household goods and foodstuffs ie;flour,rice,cooking fat,sugar,beverages (soda,juices)soaps and detergents etc.My neighborhood is growing very fast,and there are no many shops around therefore making the demand of some goods very high.Most customers prefer my kiosk since its always open and the prices are affordable therefore making it difficult for me to satisfy their needs.When approved,your loan will help me to add more stock and be able to serve my customers needs while making more profit.

Dear lenders and the entire zidisha team,am very grateful for you have done to me and my business, the last loan you offered to me was of great help i managed to add more cylinders in my gas business which has improved the ease of doing business.nowadays here in Kenya especially in Nairobi area gas business is becoming more competitive by the day,most household shops are almost mixed with gas cylinders.Am therefore targeting wide range of customers through home delivery project which is also becoming so popular in other places.if you offer me this loan i will add to the little savings i have to buy a motorbike which costs around 80,000 to 90,000 kes.am very optimistic that this will be a very success

Joseph opted to pay $113.49 into the Zidisha Members Loan Fund in return for a higher starting credit limit.