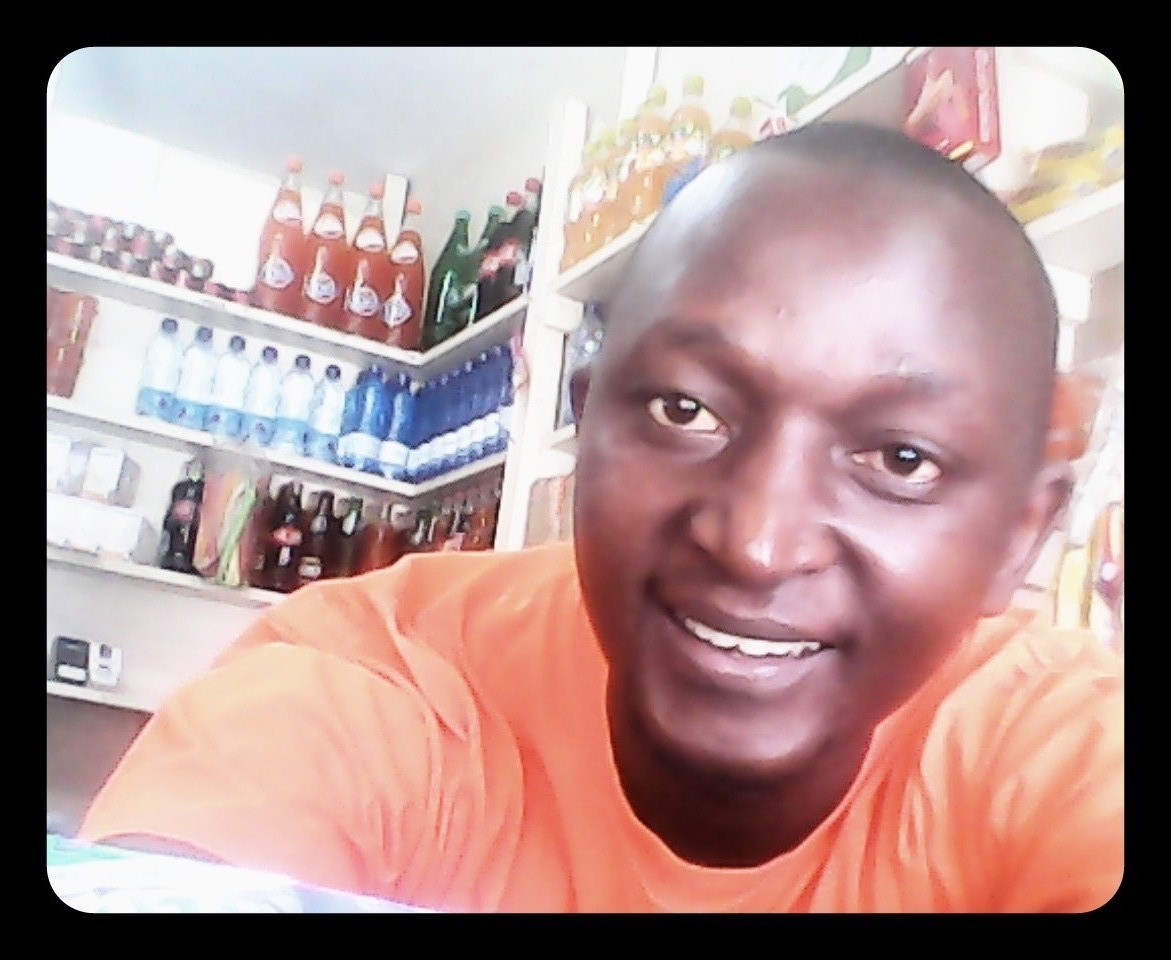 My current resindence place is umoja (innercore) plot no:229.i am married to Francisca gakii and a father to brucecollins muthomi our first born son.on 1st dec 2014, we were blessed with twin baby boys name Ken and Khan. having been born from a tea catchment area,i have grown to see many young men do not think outside tea farming.i started my first business in 2005 were i operated a computer services shop at kionyo market for up to 2010 when i opted out of the said business after several players enter into the said field thus leading to unhealthy competition.i went back to farming were i managed to plant over 2000 trees of tomarlilo (tree tomato) fruits plant.this was a good venture but it went down after the spread of unknown disease which destroyed the crop thus great losses followed.with the help of my elder sister funding, i moved to nairobi umoja estate were i stated jack shop on April 2014 as a ordinary household shop wereby i stocked items like sugar, cooking fat, salt, milk e.t.c.after one month of operation, i discovered an opportunity in in electronic money transfer i.e m-pesa and airtel money,with the cash i had from the shop,i applied for both and i was offered the agency which am operating under the same shop.I have a dream of transforming this shop to be
A wholesale outlet and by almighty grace a supplier outlet to server umoja community.

i respect my business because since i started,it has enabled me to provide for my family and pay rent. i know if i can raise more capital to fund the stocking of the shop,i can get more income from it because i have not managed to stock most of goods which my customer need.i also have a problem with m-pesa and airtel money because some time i can't make big transactions becuase i am operating with limited float.if i get any funding, i will invest it into my business because i know it will pay back.my first loan from zindisha was small but it has enabled me to stock several snack which sales have worked wonderfuly in terms of returns. I am also in a prosses of buying an airtime vending machine which I hope will he operational by the end of this week mainly because of customers who need airtime of high denominations.

1. Buy timber for construction of more selves in my shop and pay carpenters labour charge at a cost of $198.This will enhance display of goods in my shop for my customers.
2. Pay welding labour charge at a cost of $22. Currently, I serve customers inside the shop almost 10flts. I have noted this is note good that its not wise for security reasons.That's why I will reduce this space to round 2flts from the door. This will also help to create more space inside the shop.
3. I will spend $88 to buy electrical accessories and pay an electrician to instal and connect fridges, lighting systems and shop branding light.
4. I will buy different additional detergents worthy approximately $ 330 for the shop. This will improve my sale because different people tends to use different types of soap and so on.
5.I have discovered a window on phone accessories in this area. And I will invest $275 to add these products to my shop.
6. I will invest $385 to m-pesa float. This will be a great boost to my float and I am sure to win more customer's to transact at my shop hence high commission's.
7. I will invest $187 into stocking different types of juices and other soft drinks. This will make the shop more competitive hence raise my profit.
8. I will spend $90 to buy a room warmer to be use to heat my house in Meru. This will be a great investment for my children's expecualy the younger one who are currently admitted in hospital. Remember Meru is located in the slops of Mt Kenya slop and the place Is very cold.
Total investment is $11575.

I will invest a further $295 to the shop. This is amount I remained with from my divides payment.

With this investment, I hope to see the shop grow within this year to a higher level.

Thanks in advance as I humbly request you to lend me.
May almighty bless you all.

Ask Antony a question about this loan project, share news and photos of your own, or send a simple note of thanks or inspiration.