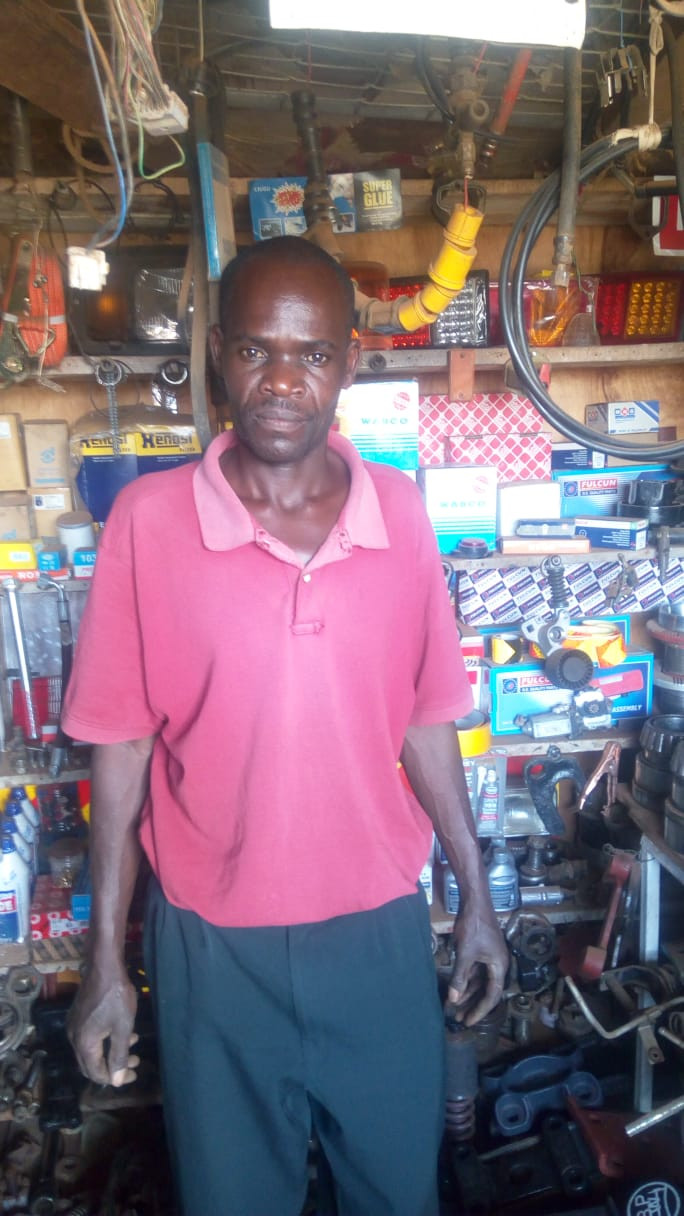 Stock for my vehicle spare-parts shop

My story
I am Alexander Nambaka. I was born on 21st june 1970 in Kakamega County , Butere/Mumias District , Matungu Division,Buchifi Sub Location, Emahafu village. I am married to Jacklyne Aliviza and we are blessed with four children.
I went to school up to class eight sitting my KCPE in 1986 and obatained a certificate. In 1987 I joined Industrial Training Centre where I did a course in motor vehicle Mechanic, did my grade three Trade Test and got a certificate.
Later on I did an interview with Lochab Transport Limited in Nairobi and got employed. I worked for eight years before being retrenched due to poor economy in the country by then.

I started selling nut and bolts in the year 2000. Later on I decided to open a shop and begin selling auto spares. I have been in this business since that time to date. From the proceeds of the business I am able to pay rent, feed my family and even take my children to school and pay their school fees.
Since I joined Zidisha, when business is good I make a profit of about US$250 per month. From this, I use 15% to pay my tithes and offering in the church where I am a member, 15%to pay my rent, 30% I use for upkeep in the house 20% to pay school fees for my children and the rest 20% I re- invest in my business.

This will be able to increase my interest base and also sales for I have more motor vehicle spare parts at my disposal hence making it cheaper and even easier for them to gets parts closer to the that saving them on time and money.

With this in place I expect to increase my profit margin by at least Ks 3000 which will boost both my income and business.

I want to thank so much in advance for all the loans you have given for I have really benefited.

A small town in southwest of Germany., Germany

Ask Alexander a question about this loan project, share news and photos of your own, or send a simple note of thanks or inspiration.