To buy bicycles for transporting clients 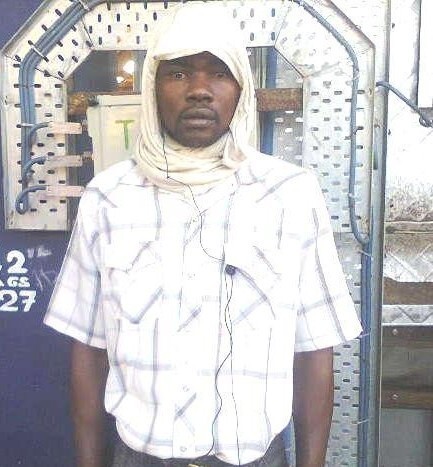 I am a 33 year old man married with six children, three boys and three girls.I grew up with my grandmother after my parents passed away. Me and my two young brothers and our smallest sister were left with my grandmother.I dropped out of primary school but later finished all the way to secondary school with the sponsorship of a local Christian church. After I finished secondary school I started selling charcoal by the roadside to charcoal dealers who would stop by with lorries headed for different towns like Busia and Bungoma. My grandmother passed away and we were left alone but I had gotten used to taking care of my siblings so we planted and grew food for sale on the one acre that she left us with and we saved enough money to buy a second hand motorbike. After I got married we decided to lease part of my grandmothers land while living on the rest of it in order to save the money for the bike. Now my two brothers are in secondary school, and I pay their fees while my small sister Maria is in primary school and should finish in 2016. And now because i am married i also have to feed and pay fees for my six children.My wife sells vegetables at the market and it helps our expenses.

I am a boda boda rider, i.e a motorbike rider that carries people at a fee to different locations. I do day and night shifts and since i live in a town that has a major sugar company Mumias Sugar company, I make around 600 kshs/7$ daily .I always try and do the night and the day shifts especially towards end of the month when many of the company workers in the have been paid. Mumias is a place where many sugarcane cutters live and so I get a lot of work transporting people to and from the company and to the various cane fields where they cut the cane or fertilize it or i may also transport the cane cutters and other staff to their residences in the many estates that have grown around the large company.
My first Zidisha loan helped me to buy and improve my motorbike with additional changes like sprockets and i was even able to make more loads and eventually raised my savings.

I will buy four Raleigh bicycles each worth 5000kshs (55$) and lent them out at 100Kshs (2$) per day.There are low income earners who hire regular bicycles commonly known as "boda bodas" or "pay-a-ride bicycles" for moving short distances within the main town.Many of these people have their own bicycles but those who dont hire bicycles at an average of 1 to 2$ per day and the money they make is their profit.They usually return the bicycles to the owners every day.I can safely make enough profit in order to save into an account for my small sisters education and to pay the loan.Of course i have made great strides after the first Zidisha loan and even have savings i made to raise for buying a new motorcycle which i am about to do in about two months.I plan to raise the weekly installment payments i am making to a higher amount after i get this bicycles because with the proceeds i make i plan to buy a new bicycle every month to add to the ones i will buy with the loan plus the earnings from my already strengthened and serviced motorbike.

Ask Kundu a question about this loan project, share news and photos of your own, or send a simple note of thanks or inspiration.