To buy phones and accessories for re-sale 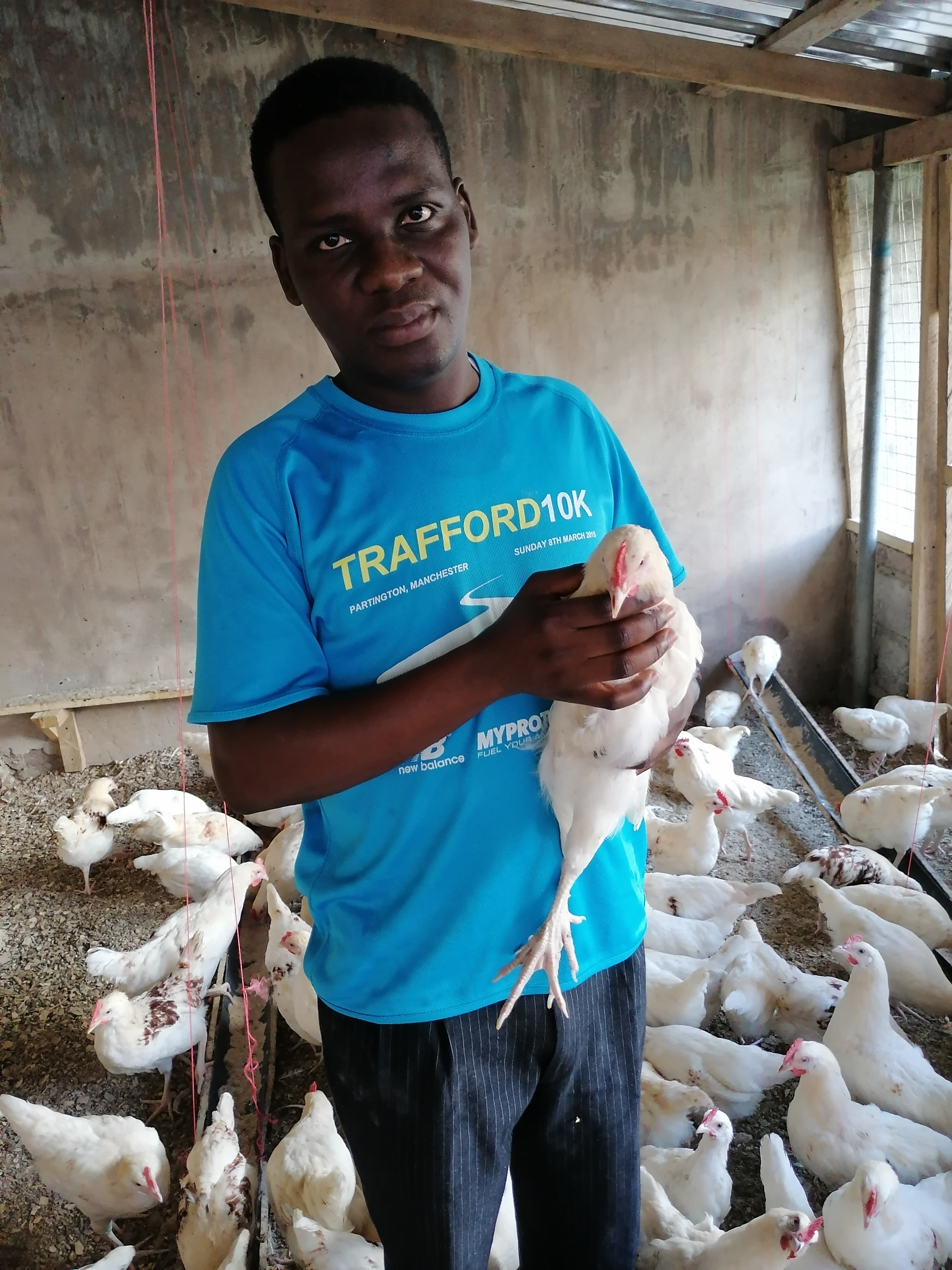 I am Ulrich Soudi a resident of Dodowa Ghana. I am married with no child. Our marriage was successful because of the support I obtained from wonderful lenders in Zidisha.org, God bless you all.
I belong to a family of six and we are happy people. I can say we are rich but I can’t complain of anything either. Everything we need God provided it all.
I completed my first degree a year ago and currently pursuing my MBA with the University of India called Nimglobal where am reading Management Information System (MIS) and Corporate Governance. Due to the nature of my work, I do most of the studies online.
I have a business that I run and we offer secretarial services and a café which has grown over the years. I am doing my possible best to run a competitive business so that my business can withstand competition. The business I am into is mushrooming everywhere because of it demand therefore the success in this industry requires more creative and innovative ideas.
During the covid-19, where even thong almost came to a halt, I ventured into a new industry called poultry farm. Am three to fourth month old in this business but is my hope that it will increase soon. The birds are growing very well.
Ghana is a land rich in natural resources and more efforts are made to make use of our God giving resources to benefits its citizens. In December we will go to the poll I pray everything works out well and peaceful. The current government is doing its best to eradicate poverty in the country. We are loving, hospital and sociable. There so much unique cultures that is so interesting that makes 1000s to flock into our country.
Now that am married it is my hope that my children get the proper training they need so that they because responsible citizens. My children will be citizens not subjects but citizens with a well balance life and culture and I know this could be achieve corporately with zidisha.
I love to sing and hung around with friends and talk. Long live zidisha.org and long live my wonderful lenders and the Director that is directing all the affairs here.

I am into all sorts of businesses. One business is Integrity Entrepreneurial Consulting, they are in charge of rendering secretarial services such as Photocopy, binding books, lamination, typing and printing, designing, scanning and printing of pictures and so on. We also sell airtime scratch cards for telephone companies in the in the country.
The other business is called Global Stand Ventures they are in charge of money transfers and Fidelity Bank Agent in Dodowa. It is our responsibility to open, deposit and withdraw money for Fidelity customers that come to the office. Most call it Agency Banking. It is aimed at the less fortunate and illiterate people who do not have the ego to go to the main branches where much paper work is required. This helps them to learn the habit to save and operate Bank account.
My business is dynamic and I only involve myself in businesses that there are demands for and profitable. Most cost incurred in this type of my business is from self. These businesses came into existence through hard work and the heart to help humanity and to earn my living.
I use my profit to pay for my education and to expand my business. It is my heart desire to own a company in the future. I currently founded a new business, raising poultry. For now, am raising cockerel and we are in our three to fourth months. Pictures can be seen in my page.

Ask Ulrich a question about this loan project, share news and photos of your own, or send a simple note of thanks or inspiration.