To stock up my provisions store 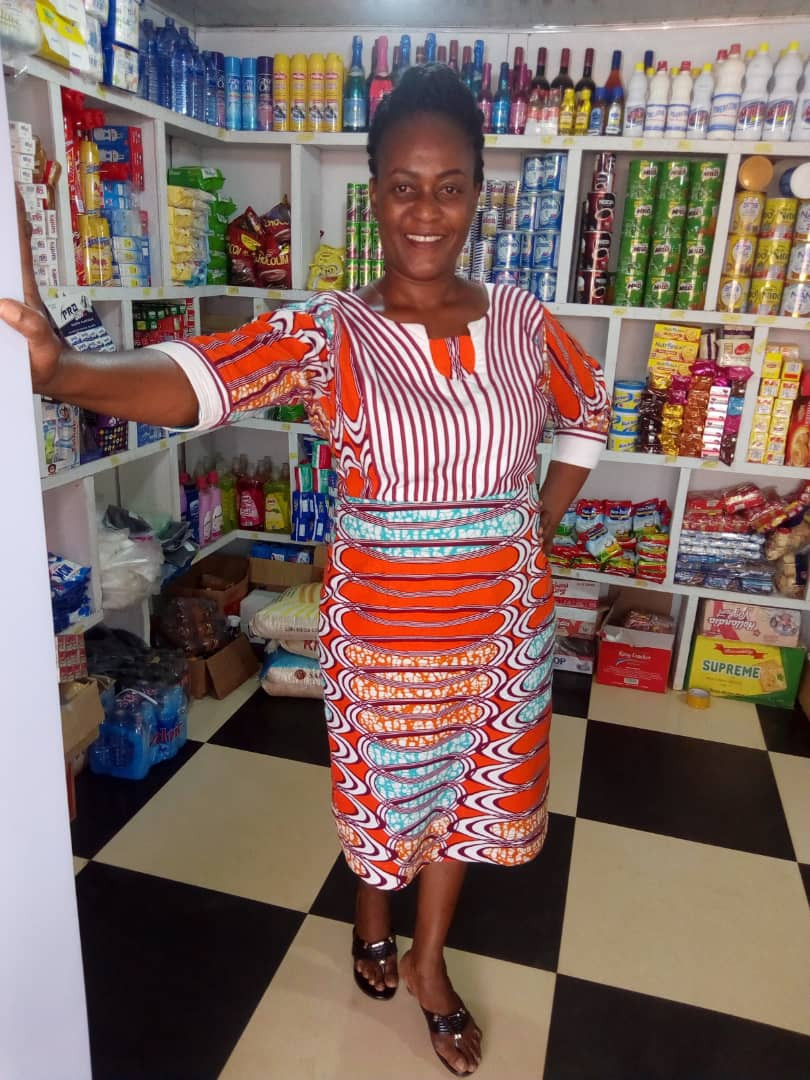 My name is Millicent ADukwe. I was born in a village call Yawsaekrom in the Brong Ahafo Region.I was born in 26th of July 1975.I am the last born of my parents.I have four siblings.
I come from the northern part of Ghana but my parents came to Brong Ahafo purposely to do farming. So they were farmer. The proceed from the sale of foodstuff was what my parents used in sponsoring our education My dad died when I was five years old and my mother had struggle in taking care of five children.things became difficult for my mum so my other four siblings became drop out from school. After my national service I secure a job at Capital Rural Bank ltd in the year 2006. I then got married to Mr Kwadwo Appiah who is a barber and a petty trader. God has blessed us with three children.

I started a soft drink shop last two years January 2015 to support my monthly income. I sell different kinds of soft drinks like minerals, multi fruits drinks, milo drink, voltic water, sachet water and other petty things like candies, bread and biscuits. Sales is very high, I sell about ten to twelve crates of malt and coca cola a days. The location of my business attract more customers. I operate the shop myself in the evening from 7:00 -10:00 pm. My business is located at capital estate near abesim, Sunyani- Ghana.

Ask Millicent a question about this loan project, share news and photos of your own, or send a simple note of thanks or inspiration.