A physiotherapy machine for my health center 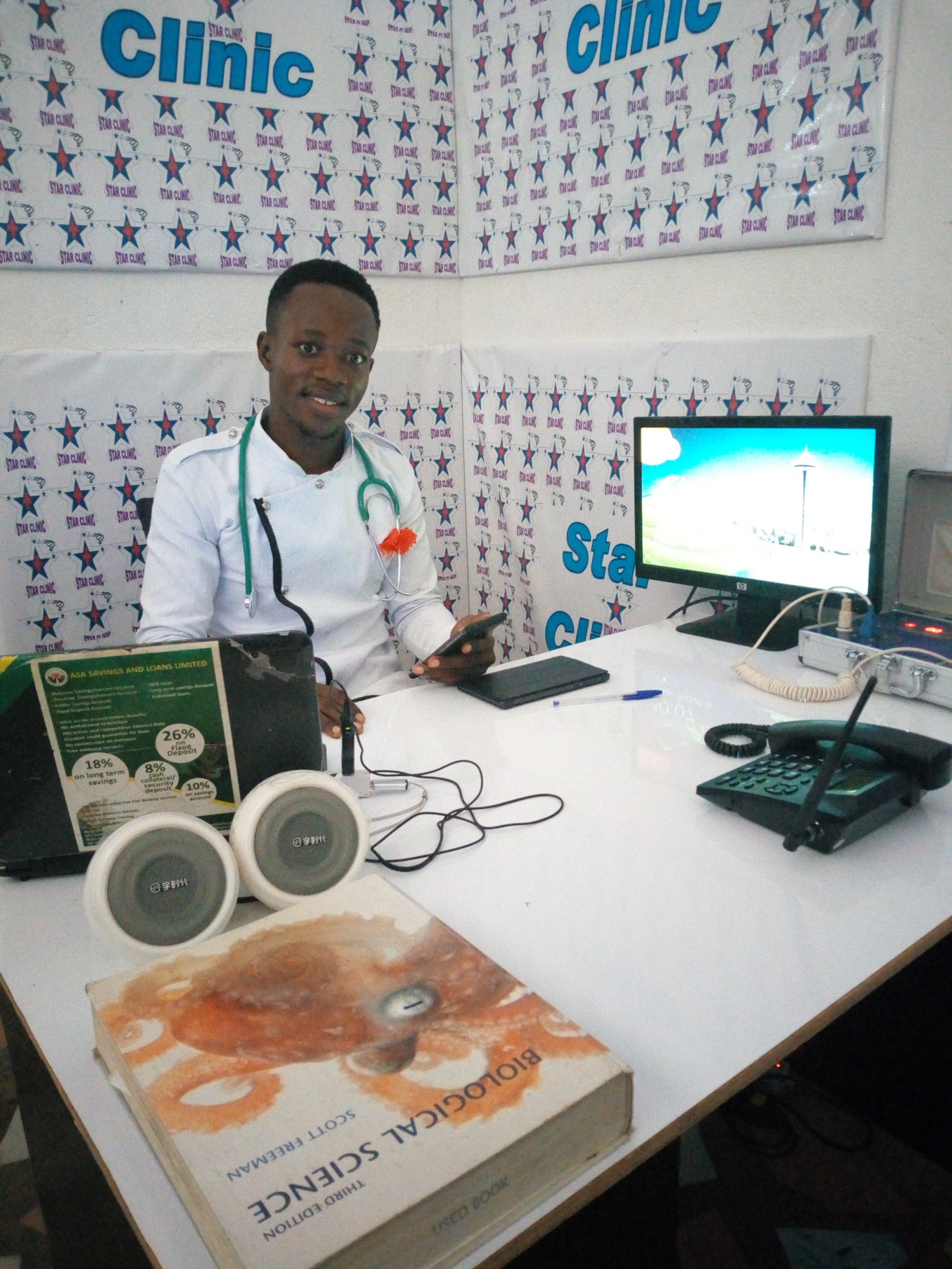 Amo Frimpong Isacc is my name, i come from Nkoranza but i was born in Wenchi near Techiman, The name of my father is mr Amo Frimpong and my mother Comfort Konadu, my father was a businessman whiles my mother was a trained teacher, i have only one brother and one sister. my mother died when i was six years of age leaving the rest of the family and putting all the responsibilities to my mother, my mother tried her possible best to make sure that we all complete school it wasnt easy for us but through the striving and hardship we were able to complete senior high school, where i furthered my education and now a public health worker, i worhked under some people in othjer clinics because the gorvernment says he cant empoly all of us so we will have to be independently and create job opportunities for ourselves so i developed that mentality of doing my own job and when i started it wasnt easy because i have no backup but now it is moving.

I will use this loan to purchase for new physiotherapy machines to help with the treatment of my stroke patients and hypertensive, and the diabetics and to help protect the health of the healthy people who are not found of exercising from getting hypertension, diabetes and other diseases.
I will buy the physiotherapy machines for 1200 dollars. If I get this machines it will help my business a lot and I will earn 500 dollars every three weeks and this will help my business to grow very great.